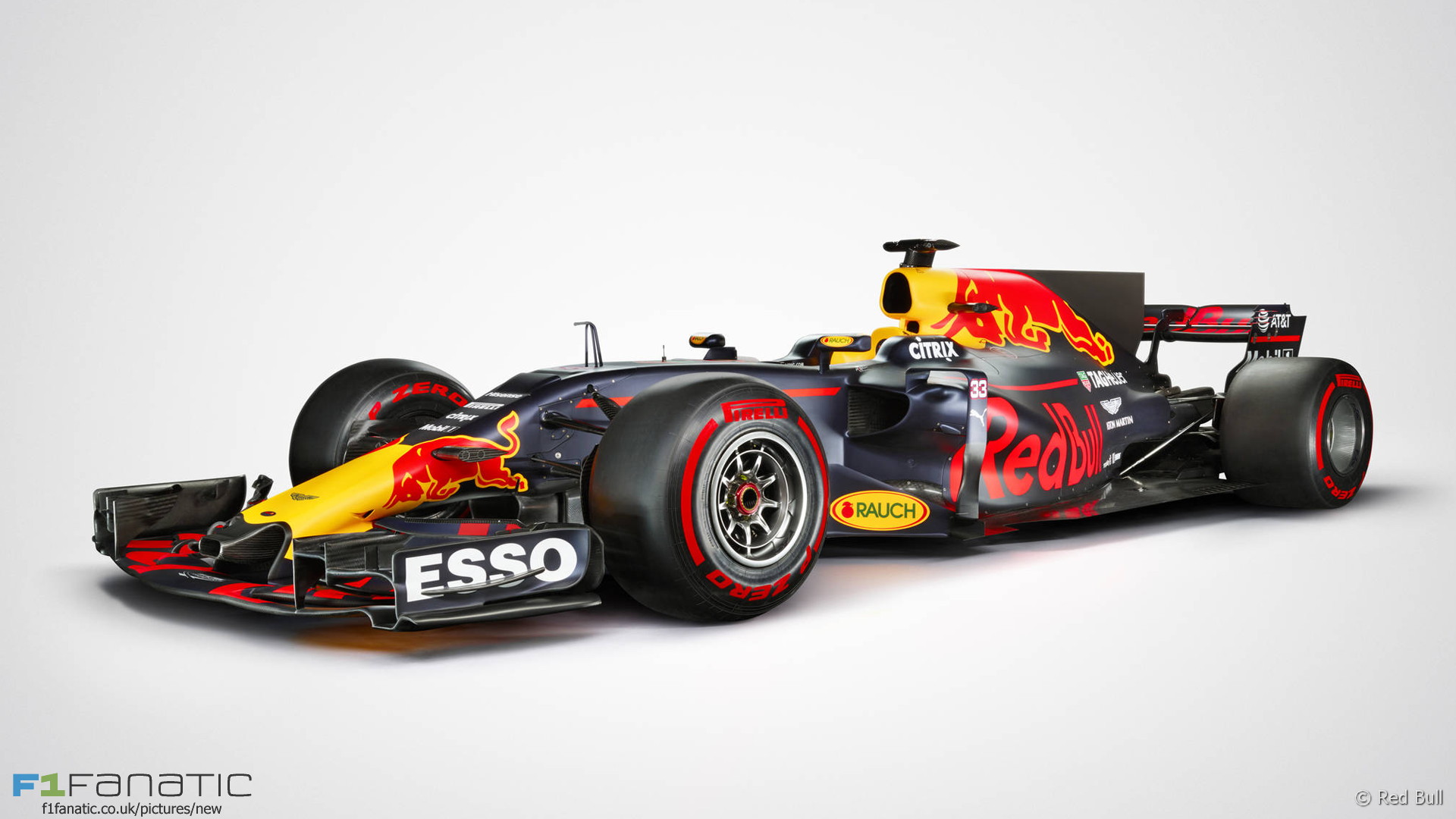 Red Bull did the bare minimum that qualified as a ‘launch’ when they presented the RB13 to the world for the first time on Sunday.

A video showed their new car for 2017 in full view from a single angle. And while that was enough to reveal one of its most intriguing details – a vented nose which invited comparisons with a vacuum cleaner – it seemed as though Red Bull had hidden most of their car’s secrets.

Or had they? After all its predecessor created levels of downforce which were probably unrivalled without resorting to outward tricks. Perhaps the RB13 is the same.

“I think obviously people expect us to have the most detailed car with lots of little wings everywhere,” said Daniel Ricciardo after driving the car for the first time yesterday. “It looks like some other teams have tried some more adventurous things.”

But it’s safe to assume they will all be taking a very close look at what Red Bull are doing with their car.

Although the RB13 appears outwardly less complex than anticipated, the front aero surfaces of the car are arguably the most refined we’ve seen on any of the 2017 cars. Red Bull’s minimalist take on the out-wash front wing concept has been continued into 2017, with the cascade winglets made wider accompany the increase in the wing’s overall width.

The upper flaps finish with an upturned shape, unlike the rest of the grid that arch downwards. Red Bull has always been at the forefront of powering the Y250 vortex along the middle of the car – perhaps this flap design is another step forward in forming and controlling its characteristics.

The nose has drawn a lot of attention simply because nobody else has put a hole in their thumb tip extension. Any holes made into the nose have to meet two key rules: no holes must be visible from plan view and it must have a single cross section when viewed from the side.

The opening is made perpendicular to the oncoming flow, so that’s rule one passed. Rule two is met by creating a V-shaped series of vertical vanes inside the channel. The vanes are aerofoil shaped so when they are staggered there is a slight overlap between the leading edge of one and the trailing edge of the next. This means that when any slice of the nose is taken, the upper part and lower parts of the channel are always connected by one of the vanes.

The hole exits immediately behind the tip and not up to the new S-duct or to the driver footwell, so it is clear that it has been designed to work the airflow passing over and around the neutral section of the front wing. Apparently some of the other teams assessed this solution over the winter and chose not to chase it – in other words, it’s not a ‘silver bullet’ but it works well with the rest of the RB13.

It was disappointing to not see any complex geometry in the bargeboard area but we all know how strong the Red Bull aero department are and they won’t have missed any tricks in this region. If there are developments to come here, they may not appear until the final moments of testing next week, or perhaps even practice at Melbourne.

The bodywork along the mid-section of the car is a joy to behold. The RB13’s sidepod inlets are incredibly small thanks to a much larger airbox and subsidiary inlet behind the driver’s head. Behind, the bodywork tapers beautifully towards the centre and merges at an angle with the engine cover. The shrink-wrapping effect is so extreme that the sidepod undercut is virtually devoid and instead a tight dome shape forms around the internals. The bodywork flares outwards at the end to allow hot air to escape, acting like a diffuser for the internal flow.

There are many good reasons for shaping the bodywork in this way. The new regulations have caused a noticeable increase in drag, meaning that power sensitivity is even higher from an engine perspective.

To counter any potential shortfalls from Renault’s end, decreasing the car’s surface area will improve straightline speed. The additional exposed floor area as a result of this can be used to power the rear diffuser, which is both taller and wider for 2017.

The wider floors allowed by the 2017 rules have created room to play with their shape and how they influence flow along the car’s flanks. Large chunks of the floor have been removed beside the sidepod intakes, letting low pressure air to escape down the sides.

Red Bull is known to run high rake angles to extract more performance from the diffuser and this requires good sealing of the floor. The cut-outs will work in conjunction with the bargeboard devices and Y250 vortex to form an air skirt along the side of the car, which will allow for even higher rake.

The larger diffuser continues with the edge-less out-wash design with slots made into the sides to entice airflow out from beneath.

A simple but notable observation is the central exhaust placement, which now sits lower and between the two wastegate pipes. This lowers the car’s centre of gravity slightly and also opens up opportunities for a winglet to influence the exhaust plume.