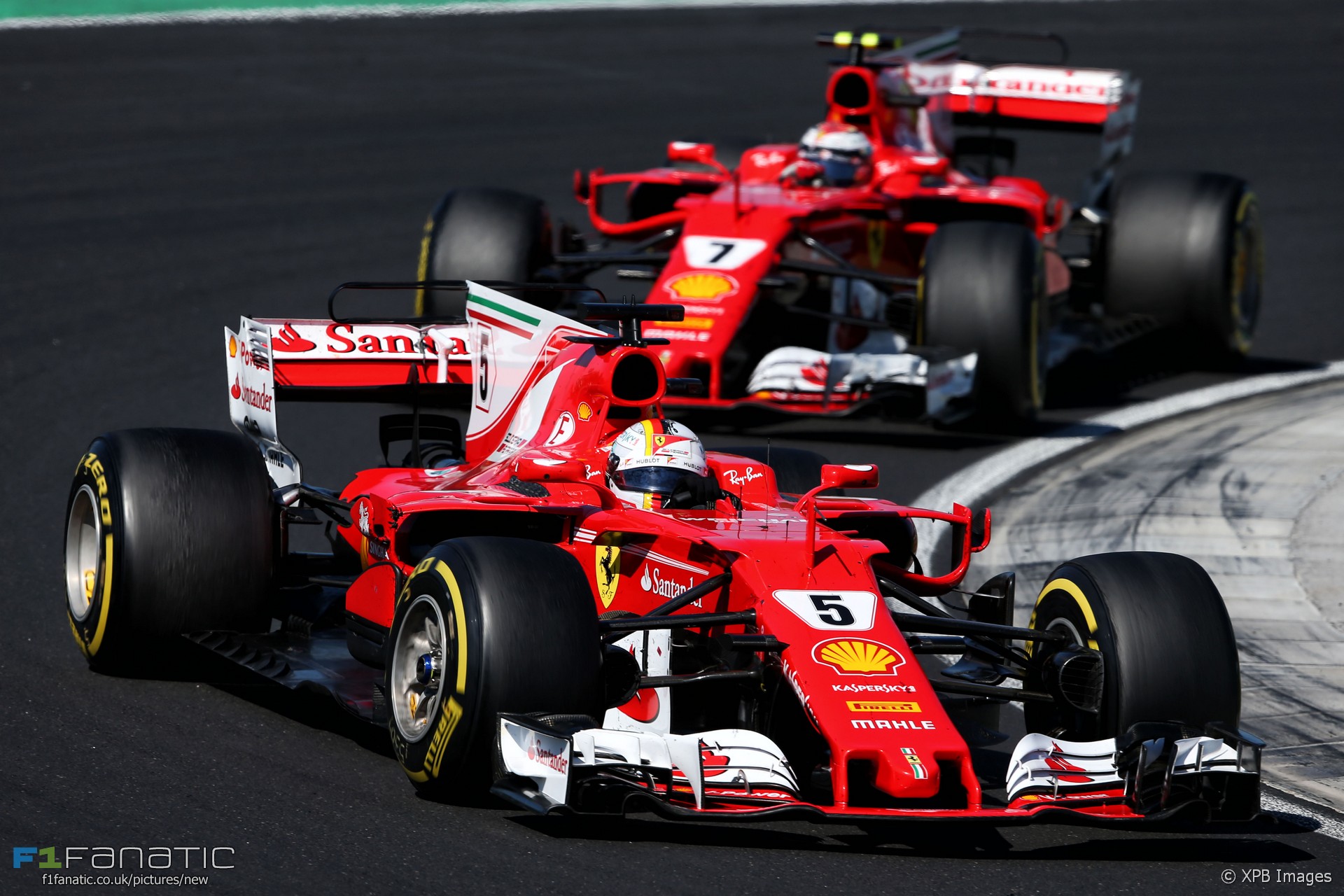 Sebastian Vettel says it isn’t necessary for Ferrari to impose team orders and denied Kimi Raikkonen has helped him in races this year.

Vettel has a seven-point lead over Lewis Hamilton at the top of the championship but Raikkonen is lagging 92 points adrift.

Ferrari’s handling of their drivers in Monaco and Hungary prompted claims they have been favouring Vettel as their strongest driver in the championship.

But speaking in today’s FIA press conference Vettel said: “I think Kimi and myself have been racing each other the whole year.”

“I read or I heard after the Hungarian Grand Prix he was ‘protecting’ me. I think if you speak to him he can make it pretty clear. I don’t think he was leaving anything behind.”

“If he’d had the opportunity properly to pass me I think he’d have tried. “And that’s fair enough. I think it would have been the same the other way around. I think we’re racing obviously for the team, we’re both trying to do our best.”

However Vettel said drivers need to keep their responsibilities towards their teams in mind.

“If it happens that you race for the same spot you might meet yourselves on track as these guys [Force India team mates Esteban Ocon and Sergio Perez] have proven. You’re both fighting for yourself but your also fighting for the team so it’s something you need to keep in the back of your mind.”

“I don’t know what other teams are doing but for us I think we both go flat out and then see what happens. You can always talk about a lot of things, scenarios and so on, but it always turns out to be a bit different.”

39 comments on “Vettel: No need for team orders at Ferrari yet”