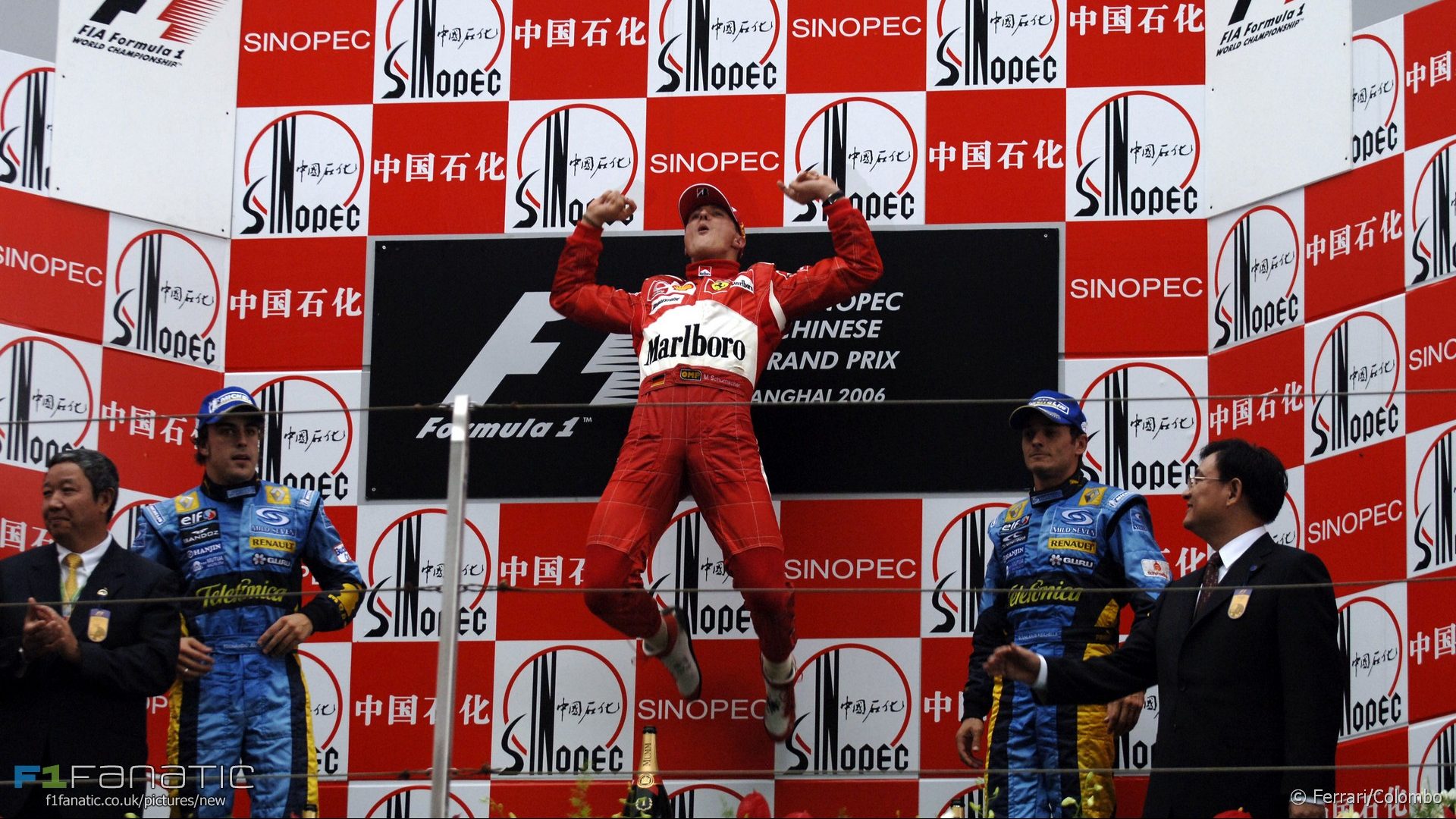 For over a decade Michael Schumacher’s name has appeared at the top of every one of Formula One’s benchmark achievements.

He’s won the most races and world championships. He’s led the most laps and set the most fastest laps. And he’s had pole position more times than anyone.

Until today. Lewis Hamilton’s bravura performance in a rain-lashed qualifying session at Monza was worthy of breaking the all-time record for most pole positions.

Will this be the first of many Schumacher records to fall to Hamilton – or another of the current drivers? Here’s how five of Schumacher’s other major achievements stand up.

Schumacher took the record for most pole positions from Ayrton Senna. The Brazilian great had a higher pole position strike rate than Schumacher and Hamilton.

Hamilton remains 33 wins shy of Schumacher’s victories tally and Vettel has only just passed halfway to his hero’s total. But with both able to stay in the sport for several more years and with the calendar likely to get longer, they could have a chance to catch up.

Fastest laps are Kimi Raikkonen’s forte. But he isn’t collecting them as quickly as he used to. Since returning to Ferrari in 2014 he’s only had six.

It’s conceivable that Hamilton or Vettel could catch up to Schumacher’s tally of seven titles before they reach his wins total. One more for Vettel this year would put him on five, tying for second place with Juan Manuel Fangio.

Hamilton is 44 podiums shy of catching up with Schumacher. He’s going to be in a Mercedes until the end of next year and possible a few more after that, so this also looks like an achievable goal at the moment.

The dominant manner of many of Schumacher’s wins is reflected in his huge tally of laps led – almost 2,000 more than any other driver. For this record to be beaten we’ll have to watch a lot of processional races dominated by Hamilton or Vettel.

When will Schumacher’s other major records fall, and who stands the best chance of beating them?

Or will some of his records remain unbeaten? Have your say in the comments.

19 comments on “When will Schumacher’s other records be broken?”