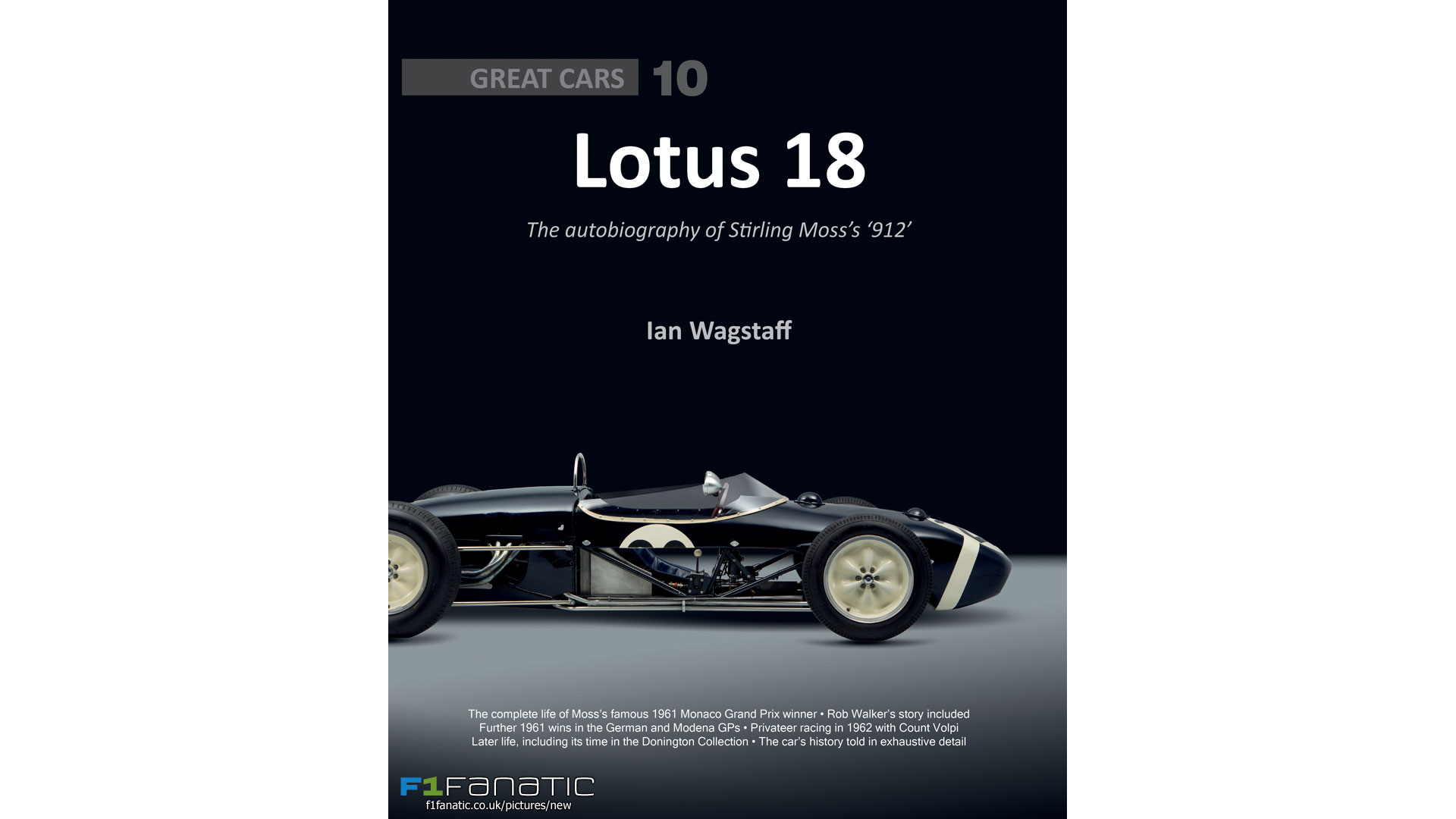 Books about individual F1 car designs are common but it’s unusual to come across an entire work dedicated to a single example of a chassis.

For the tenth instalment in its Great Cars series Porter Press has selected the Lotus 18 chassis 912: better known as the car in which Stirling Moss scored one of the great underdog Formula One triumphs at Monaco in 1961.

“Great Cars from Porter Press International is the most prestigious series of motoring books ever published,” announces the blurb. This claim may be disputed by the creators of the F1 Opus range might take issue with, the one-off ‘Bernie edition’ of which was priced at a preposterous one million dollars. But it’s impossible to argue they might have done better justice to the history of a single car.

Unsurprisingly a substantial section of the book focuses on the circumstances of that remarkable day when Moss’s resisted the powerful Ferraris with his nimble Lotus at Monte-Carlo. The race is told with picture after pictures of Moss leading the way, including a few colour snaps. Studio photography was even commissioned with the car in the same configuration it raced in, with its side panels removed.

This was also the car Moss used to take another of his most memorable triumphs, at the Nurburgring Nordschleife, before passing into the hands of other drivers. This and the rest of the story of Moss’s 1961, his last full F1 campaign, are covered in impressive detail.

The magazine-style layout is a little confusing in places, particularly where entire spreads appear in the middle of the main text. And the wider context of the story has been given a broader treatment than is really necessary in places.

Undoubtedly £60 is a high asking price which makes this a book suitable only for real enthusiasts for the period. But it’s hard to fault this exhaustive piece of research.