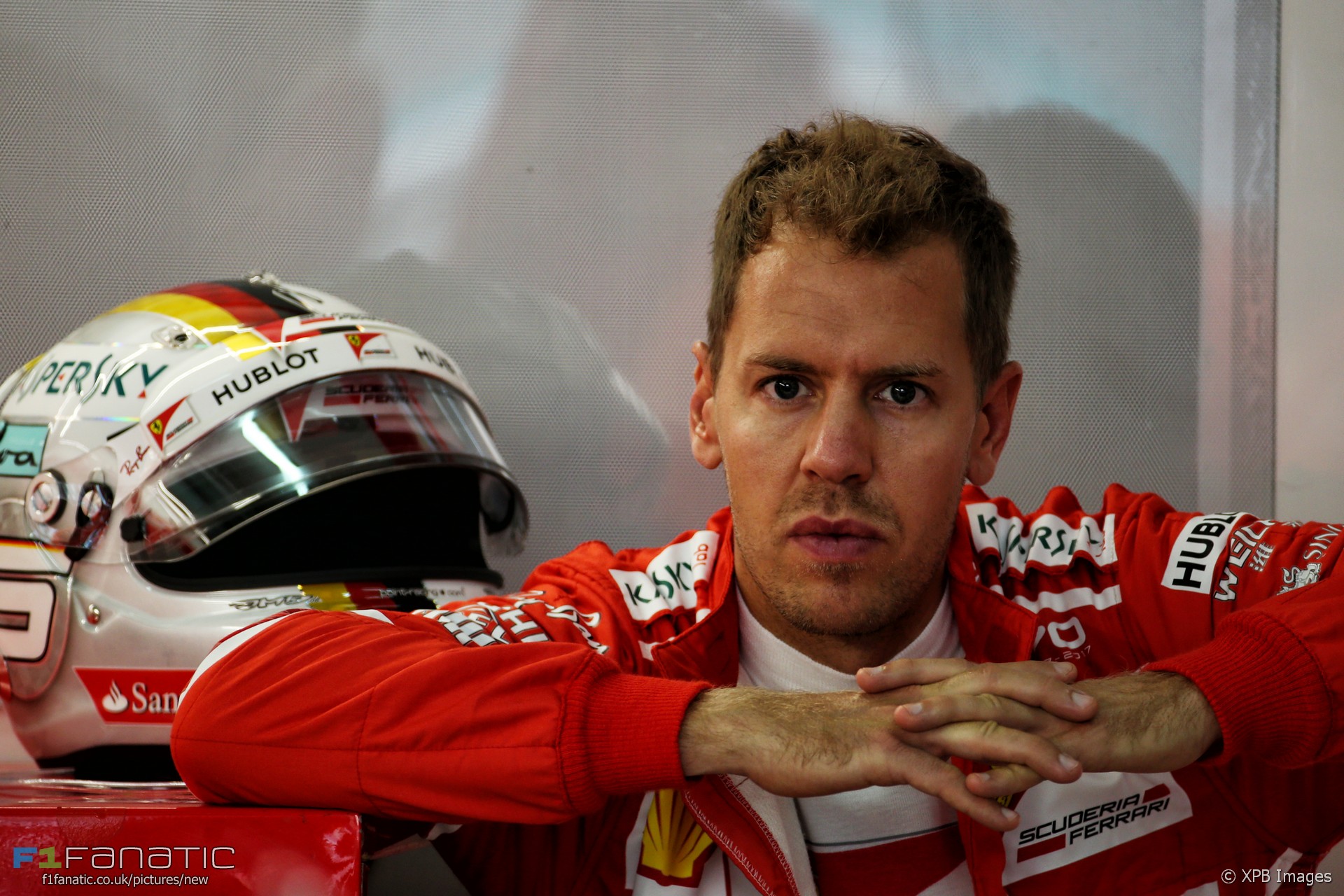 Sebastian Vettel says Ferrari will be stronger at Suzuka this weekend despite not having been competitive at the track recently.

“In the last two years we have not been competitive enough here,” said Vettel. “But this year it may be different.” He qualified sixth and finished fourth in last year’s race, setting fastest lap on the way.

“I am fairly open minded, but I’m convinced that we have a strong package. There are five races to go in the championship and we are behind in the points standings: the final outcome will also depend on what our competitors do.”

Vettel has fallen 34 points behind championship leader Lewis Hamilton. If he doesn’t reduce Hamilton’s lead by at least six points this weekend Vettel could win all of the remaining races and still lose the title.

“I believe we still have a chance and I want to be sure we’re going to use it,” said Vettel.

“We’ve been looking at the issues we had in our cars and I think we have a pretty good understanding of them. But the process is still ongoing in order to get the big picture of what happened.”

Having inspected the damage to Vettel’s car following his collision with Lance Stroll in Malaysia, Ferrari has determined they will not need to change his gearbox, sparing him a five-place grid penalty.

“At least it’s nice to hear that the gearbox should be OK after the accident on the slow-down lap at Sepang,” Vettel added.