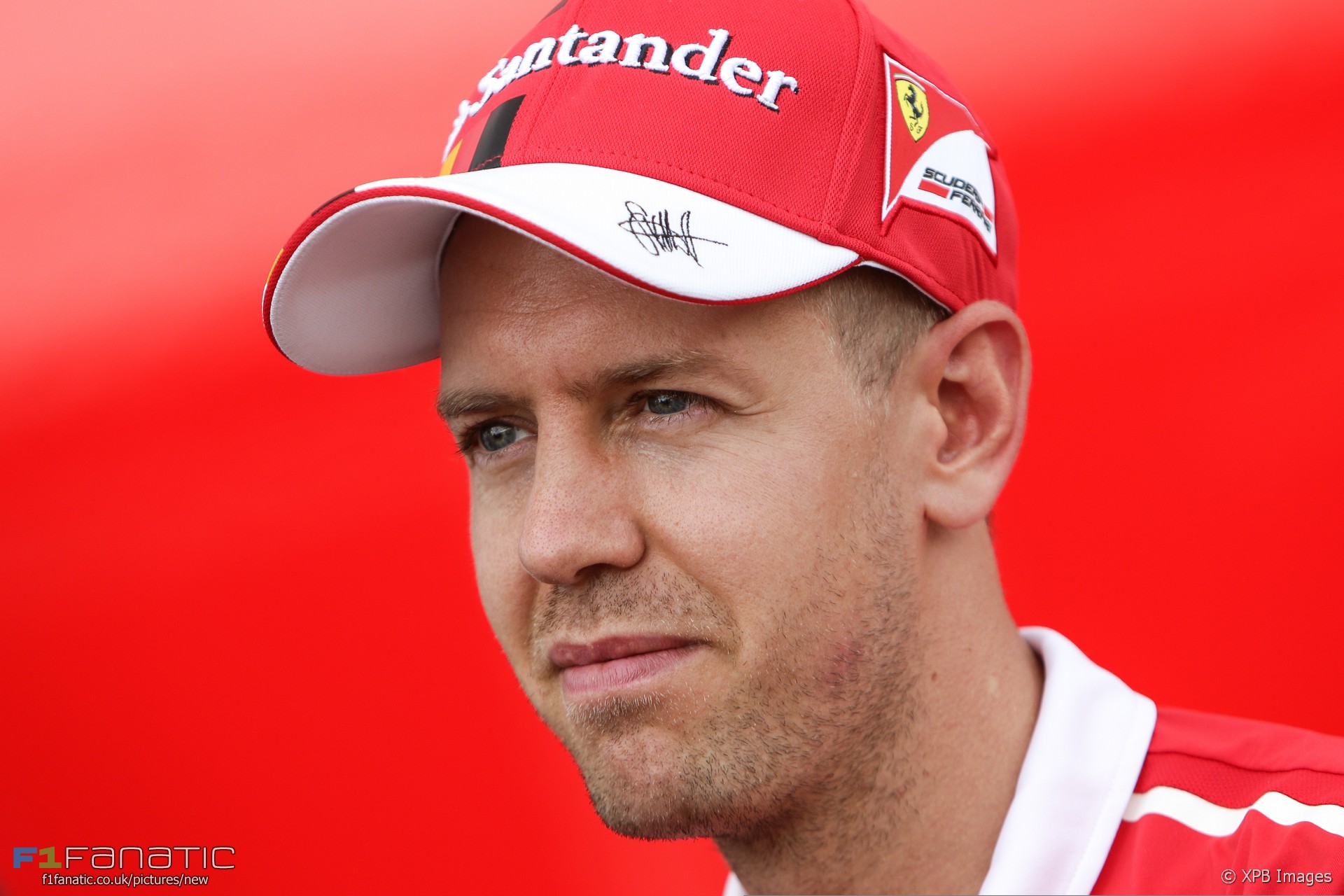 Vettel drew criticism during 2017 for some of his behaviour including his swerve into Lewis Hamilton during a Safety Car period at the Azerbaijan Grand Prix which earned him a stop-go penalty.

At the team’s base yesterday Marchionne said his driver had drawn lessons from the season. “Sebastian Vettel is a guy who studies a lot, studies himself and is committed, therefore, I think that we will see less of his emotive side. I think he has learned enough.”

“Plus, there were plenty of opportunities for him to get annoyed, as he’s had a couple of rather difficult seasons, this year and the previous one.”

He also gave a vote of confidence to Kimi Raikkonen, who failed to score any of the team’s five wins this season.

“I believe he is really great, truly talented and I have never doubted his abilities,” said Marchionne. “I tell you, he’s a really top guy, otherwise he wouldn’t have taken pole at a track like Monaco.”

Marchionne praised the progress his team made after their win-less 2016 campaign but admitted the second half of this year had been difficult.

“Given where we started from last year, this season we have taken giant strides forward. Having said that, the second half of 2017 was character building.”

Marchionne believes the progress they made vindicated the changes he made to the team’s structure. “From back in August of last year, when we overhauled the organisation, I totally believed that these guys, with Maurizio Arrivabene as team principal and Mattia Binotto heading up the technical side, would be capable of doing something amazing.”

“We really believed we could do much more: but in 2017, we were unable to reach our objectives. That has also resulted in some changes to the organisation of the Gestione Sportiva. We can already see significant signs of change when it comes to the team’s production capacity.”

“The important thing is to start 2018 with all this expertise and experience and to manage this organisation. I have no doubt that we will be competitive.”

23 comments on “Vettel has learned to be less emotive, says Marchionne”