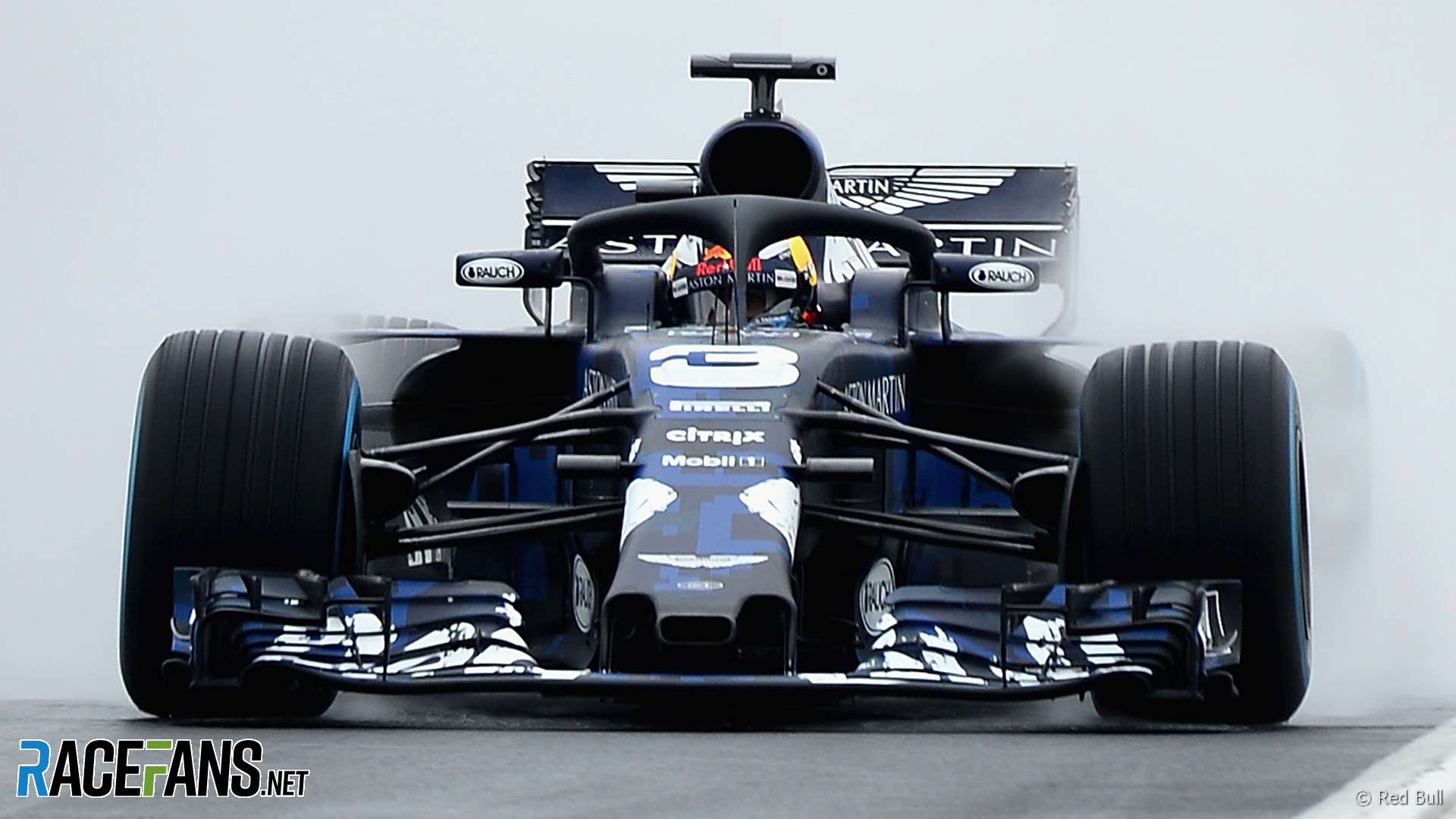 Red Bull has explained the decision to launch its RB14 in a one-off ‘special edition’ launch livery.

Team principal Christian Horner said it had brought its launch plans forwards compared to what it had done in previous seasons.

“Knowing we were running all of our development and processes earlier to meet this early launch, we felt that ‘shift’ had to be reflected in the livery,” said Horner, “hence the ‘digital disruption’ you saw on the RB14 at Silverstone.”

“It was good to have got the first few laps of 2018 under our belts and now we look forward to the first test in Barcelona next week.”

Max Verstappen was present at Silverstone while team mate Daniel Ricciardo shook down the new chassis in wet conditions.

“I think the car looks very aggressive and, actually, the livery I really, really like,” said Verstappen. “It’s always better to drive the car of course, and I can’t wait to drive the RB14 in Barcelona. I’m really looking forward to it and hopefully it will be dry.”

Red Bull has revealed its driver overalls for the upcoming season which remain very similar to those seen last year.