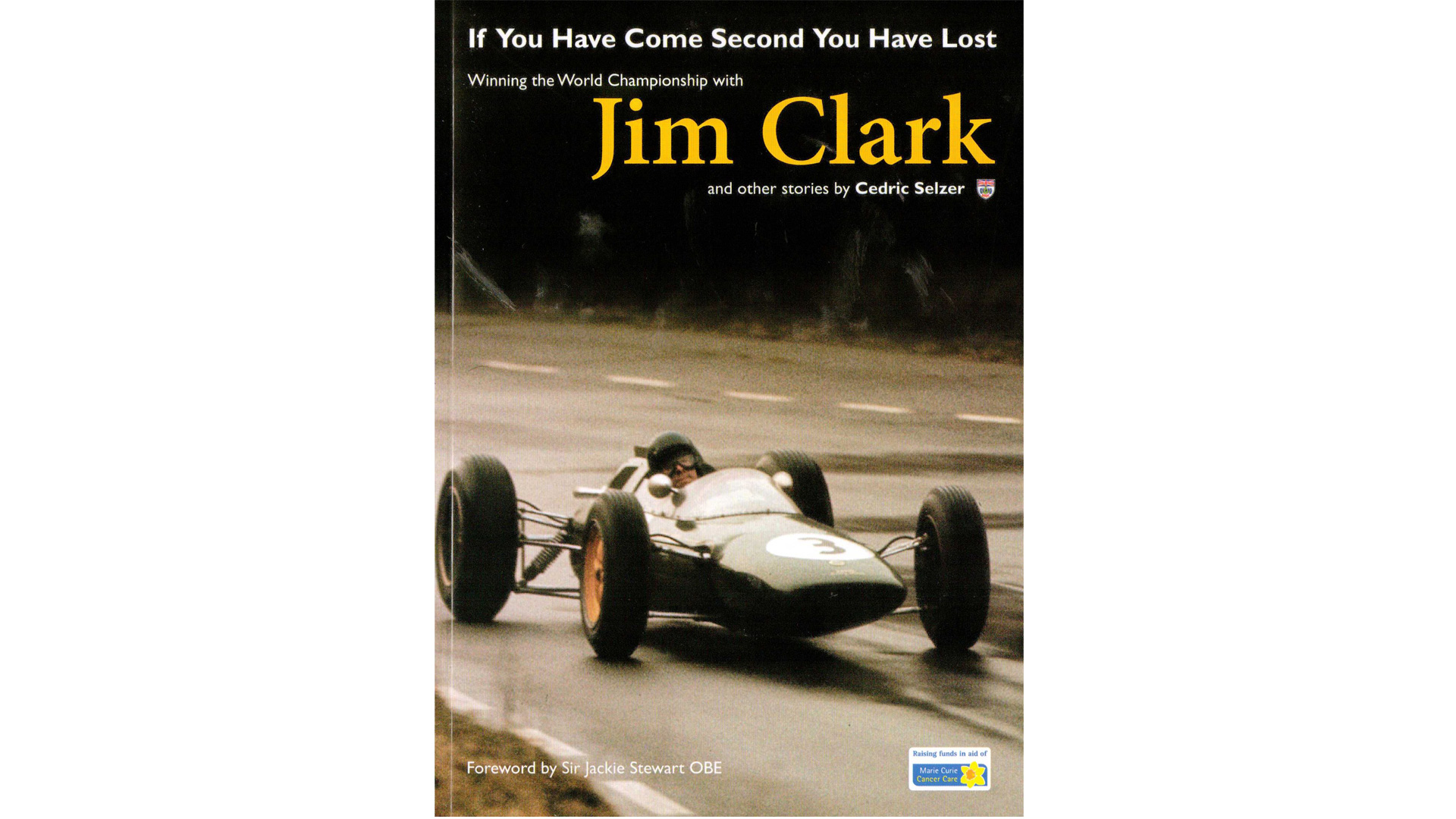 55 years ago Cedric Selzer was Jim Clark’s number one mechanic, leading the preparation of the car that propelled the Scot to the 1963 world championship and ‘If You Have Come Second…’ is the charming, self-published memoir of Selzer’s time in motor sport.

The book sits as a perfect companion piece to Max Rutherford’s Paddock to Podium (recounting his time as a mechanic to Tyrrell) in its blow-by-blow recall of all-nighters preparing for races long ago. As a result the bulk of the book is about time spent in workshops, garages and truck journeys, with descriptions of races fleeting.

If you’re expecting detailed insight into Jimmy (always Jimmy) then you may be disappointed, however there are lots of nuggets along the way; ‘my mother found him dour, but that was just his shyness’. What does come through, however, is the awe with which Selzer and his fellow mechanics regarded Clark.

The pen portraits formed of other characters are equally revealing; Trevor Taylor a likeable fellow, Peter Arundel somewhat less so. Colin Chapman remains an enigmatic figure throughout, at times portrayed as a gruelling taskmaster, but then rewarding all the 1963 Team Lotus mechanics with a new car on sealing the title. For those (ok, me) who are tired of ‘Jenks’ being venerated as the sole chronicler of motor sport in this period there are a couple of quite revealing anecdotes

Cutting through the narrative throughout is the recognition of just how much the sport has (obviously) changed in the past 55 years. For example the story of taking the Team Lotus Transporter for a spin (and general hijinks) on the Monza banking the day after the 1961 Italian Grand Prix; antics which were never going to be repeated at Suzuka in 2014.

Selzer is a charming narrator, whose self-effacing modesty is beguiling. Travelling from South Africa to England to forge a career in motor sport with nothing more than some snatched words in the paddock to guide him, to win the world championship in three years is quite the tale. Characterstically there is rarely pause for evaluation of the successes, but a lot of reflection on the lost races due to a faulty filter or spring valve.

This book was never going to be a panoramic sweep of the era, or a comprehensive recount of the major on track moments, however it is an excellent behind the scenes look at motor sport in the early 1960’s. On that basis it more than deserves its place on the bookshelf of any enthusiast of the era.

“If You Come Second You Have Lost: Winning the World Championship with Jim Clark”

5 comments on ““If You Come Second You Have Lost” reviewed”