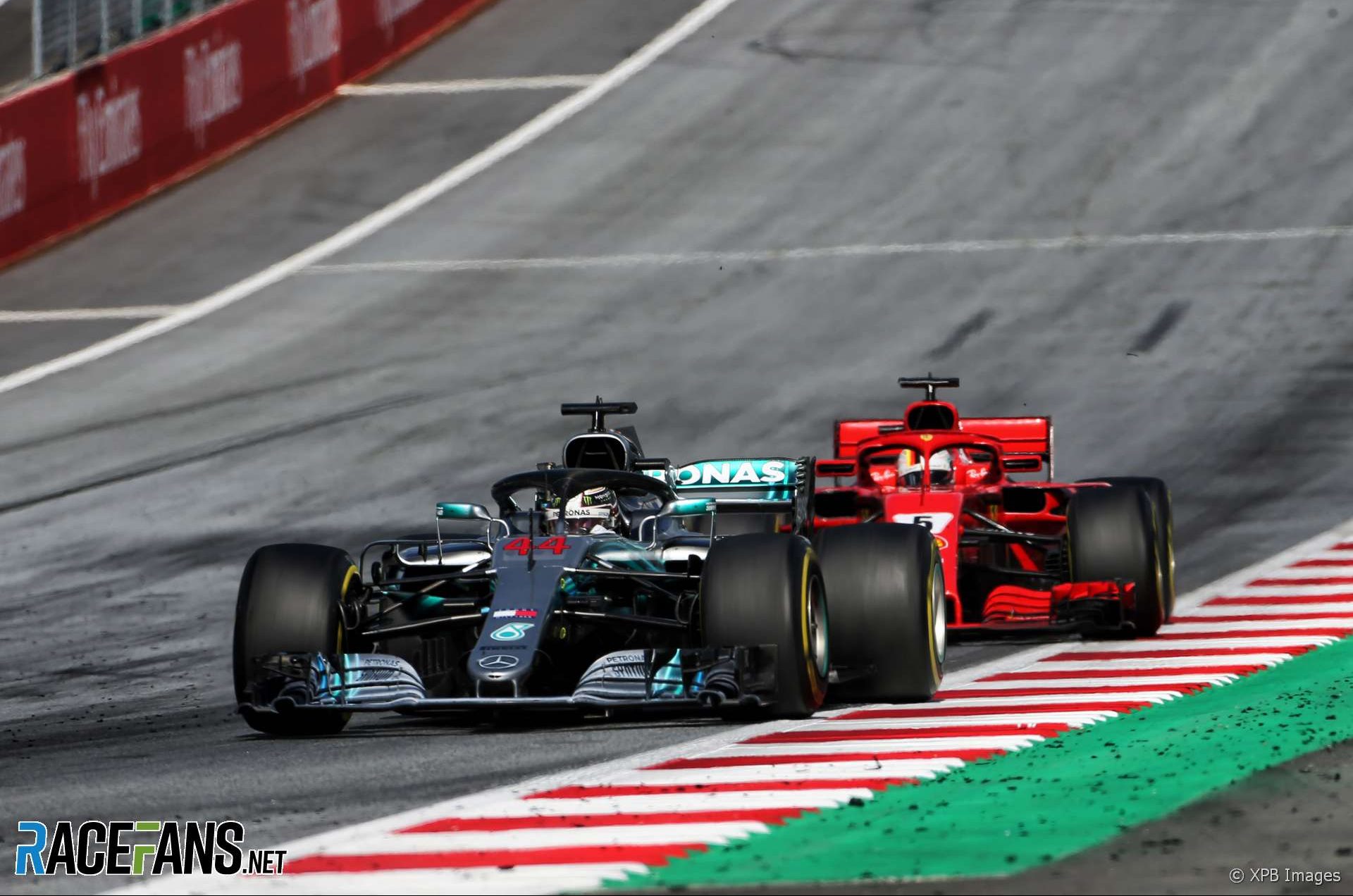 Which Formula 1 driver has done the best job so far in 2018? Here’s the final part of our mid-season driver rankings.

When Valtteri Bottas spun his Mercedes into a barrier in a damp qualifying session at Melbourne, it looked like 2018 was going to be the story of his Mercedes career unravelled. His 2017 campaign hadn’t ended brilliantly, Abu Dhabi win notwithstanding, and it seemed Bottas was about to blow his chance at keeping his Mercedes seat.

Instead he bounced back immediately, out-qualifying and out-racing Lewis Hamilton at the next two rounds. Bottas stunned Sebastian Vettel at Shanghai, grabbing the lead through an early pit stop and burst of pace no one saw coming. The win was his, until a Safety Car period allowed the Red Bulls to put on fresh tyres, and Daniel Ricciardo cruised past for victory.

He tried a similar straight in Baku. This time the Safety Car helped him into the lead, but when he struck a piece of debris unsighted he was denied victory for the second race in a row. Throw in a further points swing against him when Vettel ham-fistedly bundled him out of second place at the start in France, and Bottas should clearly be in the thick of the title fight.

Instead he’s languishing 14 points off Kimi Raikkonen, a position which greatly underrates how well Bottas has driven. The fact Mercedes unhesitatingly signed him up for at least another year tells you much more.

There is no doubt Red Bull will rue losing a driver of Daniel Ricciardo’s ability. Even if, as in previous seasons, it seems Max Verstappen has the ultimate edge in performance over his team mate, it’s Ricciardo who has consistently delivered points.

Verstappen can still learn from Ricciardo’s ability to blend speed and aggression with control. The latter is why it was Ricciardo, and not Verstappen, who won in China and Monaco.

Ricciardo’s consummate win on the streets of Monte-Carlo made him an outside in the title fight, despite already having two no-scores from Bahrain (power unit failure) and Azerbaijan (that controversial clash with Verstappen). A further two retirements since then – both due to technical problems – plus a grid penalty in Germany have ruled him out of contention for the championship.

However as Verstappen has cleaned up his act in recent races, Ricciardo increasingly looks like being overshadowed. If this is a sign of things to come, then his decision to switch teams could prove to be well-timed. His market value compared to Verstappen may never be higher.

Should Vettel be leading the world championship? There’s no doubt he’s had a few slip-ups – notably the silly mistake in Paul Ricard. He also threw away a potential win in front of his home crowd, albeit with a minor mistake which would likely have had little to no consequences on any other part of the circuit.

But while Ferrari have clearly made great strides in performance this year, Mercedes had a slight edge in raw performance over the 12 races so far. This isn’t to say Vettel hasn’t missed opportunities – clearly he has – but the view peddled by some that he should be miles ahead of the rest underestimates how well he has driven.

For example, he continues to blow Kimi Raikkonen away. Only the next driver on the list has a better qualifying scoreline, and that is against a sophomore driver, not a world champion and veteran of almost 300 races. Canada, where Vettel dominated and Raikkonen followed the Mercedes and Red Bulls home, demonstrated how competitive Ferrari would look if Raikkonen was their leading driver.

This hasn’t been the case at every round. Raikkonen hit the ground running in Australia and it was luck which handed Vettel the victory. He followed it up with another win in Bahrain by nursing his car and tyres on a day when Ferrari had to resort to a ‘Plan D’ strategy to contain their quicker rivals.

Imperfect though his start to 2018 has been, Vettel has produced some excellent drives. With Ferrari clearly on an upward swing in terms of competitiveness, he goes into the second half of the season with a serious chance of more championship silverware.

“Now we can fight”, were Fernando Alonso’s words after he brought his McLaren home fifth and ‘best of the rest’ in Australia. But since then it’s become painfully clear that replacing their Honda power units with Renaults hasn’t transformed McLaren’s competitiveness, and Alonso’s ambitions have been increasingly limited to the lower reaches of the points positions.

And so that’s where Alonso has usually been found, grinding out results with his rock-solid race pace, as he has been doing since his world championship winning days. The difference is the car – a point Alonso is in no danger of allowing anyone to forget. Yet you can’t help but look at how well he’s driving and wonder whether he’d be leading the championship in an SF71H – or even an RB14,

He has a perfect record in qualifying against a credible team mate, albeit one giving away some 15 years’ experience to Alonso. And his few failures to score points have usually been down to the car. Hockenheim was a rare exception – a blown call to switch to intermediate tyres meant he missed out on a useful points haul on what should have been an Alonso kind of day.

It will be F1’s loss when he bids farewell to the sport in nine races’ time.

Is Hamilton heading towards his fifth world championship success? If he is, it’s thanks in part to some outstanding drives which have bagged wins on weekends when Mercedes were uncharacteristically uncompetitive.

He went into the summer break with a 24-point lead which he stretched over Vettel with back-to-back wins in Germany and Hungary. These were both venues where Ferrari seemed to have the upper hand, but Hamilton’s superb feel for wet weather conditions tipped the balance in his favour both times.

He should have started the year with a victory, of course, but Mercedes got their sums wrong in Australia. Amazingly they did it again in Austria, but on that occasion a technical problem rendered it moot. Nonetheless, these should have been two wins for Hamilton. Like Vettel, when Hamilton’s first win came it was thanks to a slice of fortune.

Ferrari has clearly concentrated on improving its car’s one-lap performance – a vital area in a championship where running in fresh air on race day brings such an advantage. But Hamilton is every bit a match for Vettel on one-lap pace and at times – as his dazzling effort at Silverstone showed – he is capable of truly special feats.

As was the case last year, Hamilton seems to be thriving on fighting a rival outside his own team for the title. It was easier to look perfect when he was keeping Nico Rosberg bottled up in 2014 and 2015.

Facing one of his toughest fights to date, Hamilton could take the greatest successes of his glittering career. It’s a long way from being a done deal yet, however.

Is Hamilton the driver of the year so far? How would you rank all 20 drivers? Have your say in the comments.