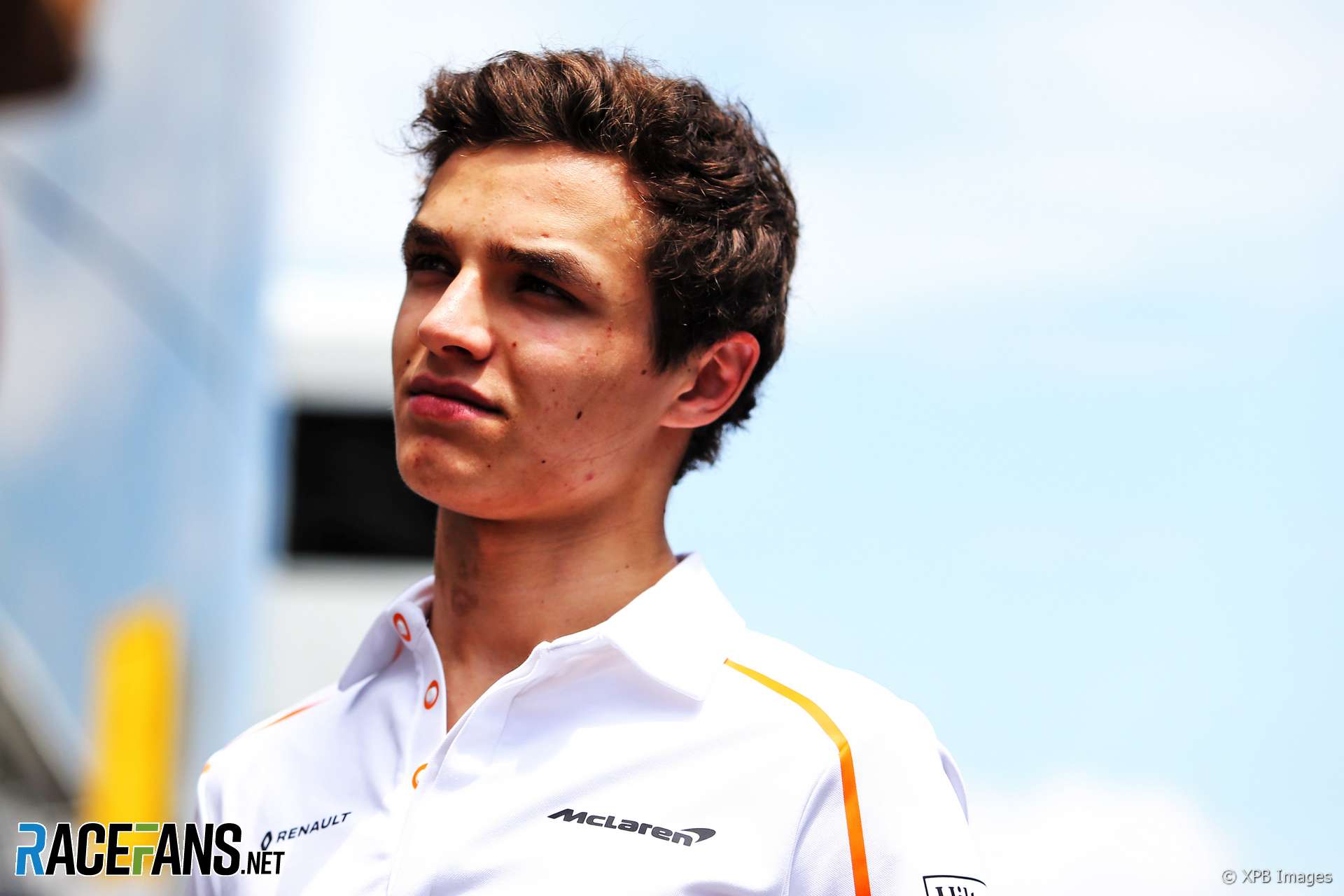 Lando Norris will make his Formula 1 debut in the first practice session for this weekend’s Belgian Grand Prix, McLaren has announced.

The 18-year-old, who is currently second in the Formula Two series, will drive Fernando Alonso’s car during the 90-minute session on Friday.

The team’s sporting director Gil de Ferran said they will consider giving Norris further practice runs during the second half of the season.

“This is not only part of his ongoing development, but also the evaluation and performance evolution of the car,” said De Ferran. “We’ll be taking a strategic view race-by-race at where else this might be beneficial for us over the coming grands prix.”

McLaren has one place to fill in its driver line-up for the 2019 F1 season after confirming Carlos Sainz Jnr as Fernando Alonso’s replacement.

Norris joined McLaren’s young driver programme in 2017 after winning three different championship titles the year before. He is the reigning European Formula Three champion and has done four days testing for McLaren this year in the team’s MCL33.

McLaren’s decision to give Norris a run has added significance as the team has not previously taken advantage of the opportunity to run a test driver during a practice session.