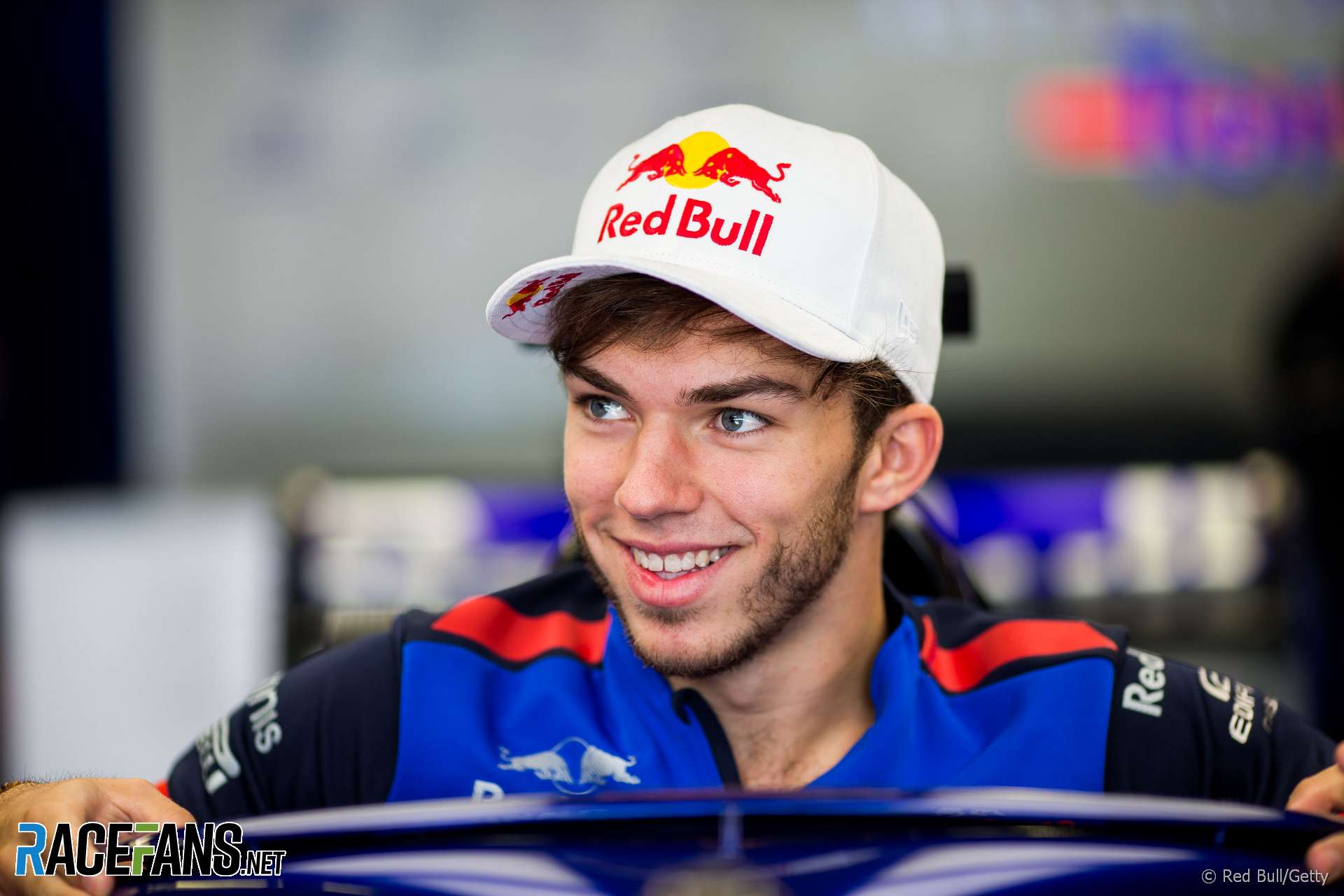 Pierre Gasly will join Red Bull as Max Verstappen’s team mate for the 2019 F1 season, the team has announced.

The 22-year-old has been part of Red Bull’s Junior Team since 2013. He made his Formula 1 debut last year for Toro Rosso.

He described his promotion to Red Bull as a “dream come true”.

“Red Bull has always looked to fight for championships or victories and that’s what I want. I’m a really competitive guy and when I do something it’s always to fight for the best and top positions.”

Promoting Gasly will mean at least one of Red Bull’s drivers already has experience of the Honda power units they will switch to for 2019. Toro Rosso began using Honda engines this year.

“Since Pierre first stepped into a Formula One seat with Scuderia Toro Rosso less than a year ago he has proved the undoubted talent that Red Bull has nurtured since his early career.

“His stellar performances this year at the Honda-powered team, in only his first full season in Formula One, have only enhanced his reputation as one of the most exciting young drivers in motorsport and we look forward to Pierre bringing his speed, skill and attitude to the team in 2019.”

Gasly will take the seat which was vacated by Daniel Ricciardo, who is leaving the team to move to Renault. Toro Rosso therefore has at least one empty seat for next year alongside current driver Brendon Hartley.

View the current list of 2019 F1 drivers and teams