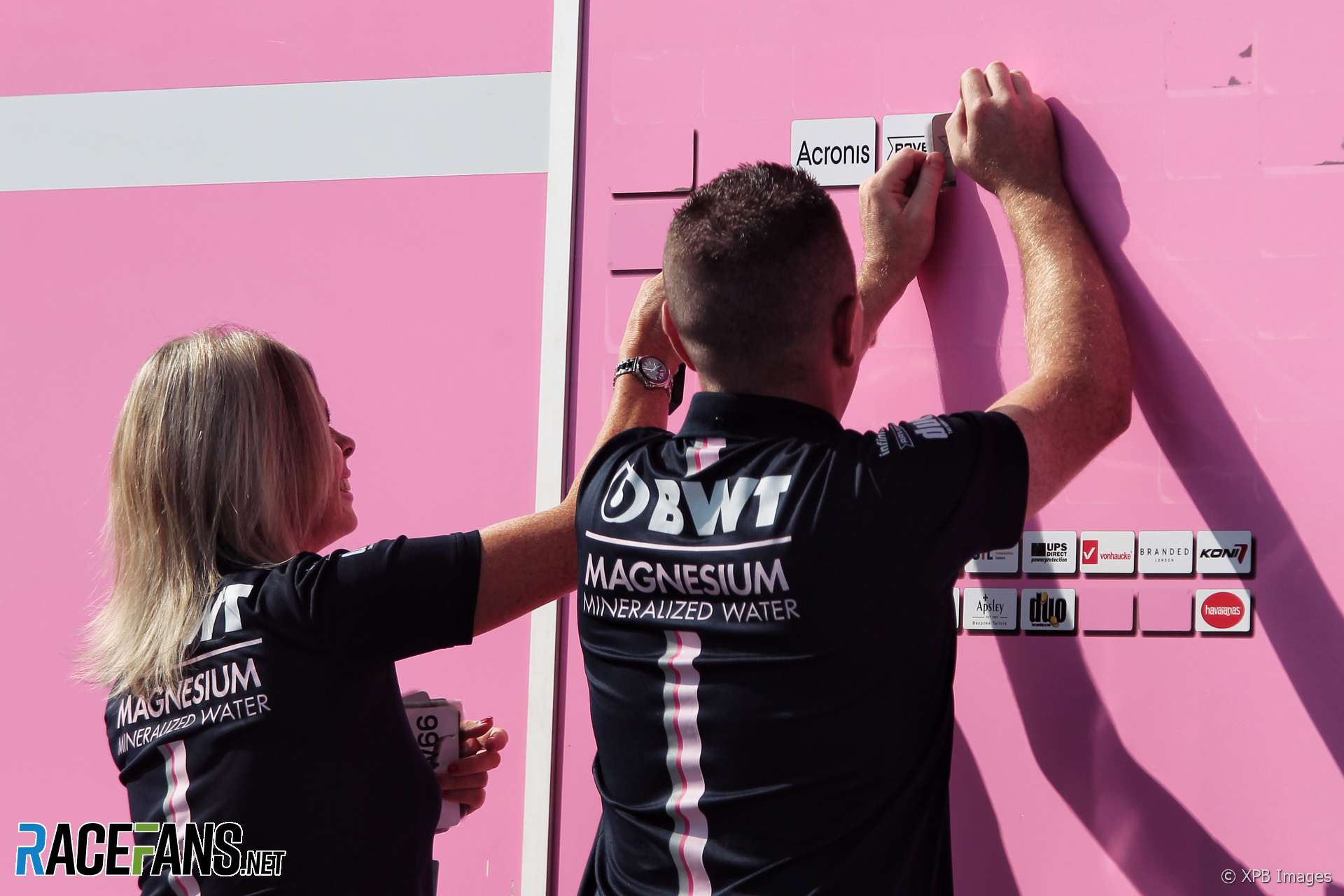 Sergio Perez insists it will be “business as usual” for Force India at this weekend’s Belgian Grand Prix, though the team is unable to give assurances it will take part in the race.

A Force India spokesperson referred questions over whether it will compete this weekend to the FIA. Legal complications surrounding the purchase of the team’s assets by Lawrence Stroll have cast doubt on its participation in the race.

The team appeared at Spa on Thursday with the ‘Sahara Force India Formula One team’ branding absent from its motorhome, trucks and pit gantry. The names of sponsors linked to companies connected to former owner Vijay Mallya were also taken down (pictured).

However Perez told media including RaceFans he is “here to race” this weekend.

“This team, it’s a bit used to being in difficult situations,” he said. “We’re coming out of a difficult position and I think the team is always ready.

“We have great team members and the people back home are performing at the best. Everyone is very motivated which I have to thank everyone for.”

Perez was involved in initiating administration proceedings against the team during the Hungarian Grand Prix weekend. He said he hasn’t spoken to Mallya since.

“It’s been a busy time at the moment,” he explained. “But I think there will be good time once I’m back in London to have a chat. We are good friends.”

In a further change at Force India, deputy team principal Robert Fernley has stepped down from his position.

The changes in the team’s ownership will allow more developments to appear in coming races, Perez added.

“I think the team is quite optimistic with what happened. We can see a release on the upgrades coming for the future.

“We’ll see a different structure financially. The team has a much more stable future or the coming years. That can directly be linked to track performance.”