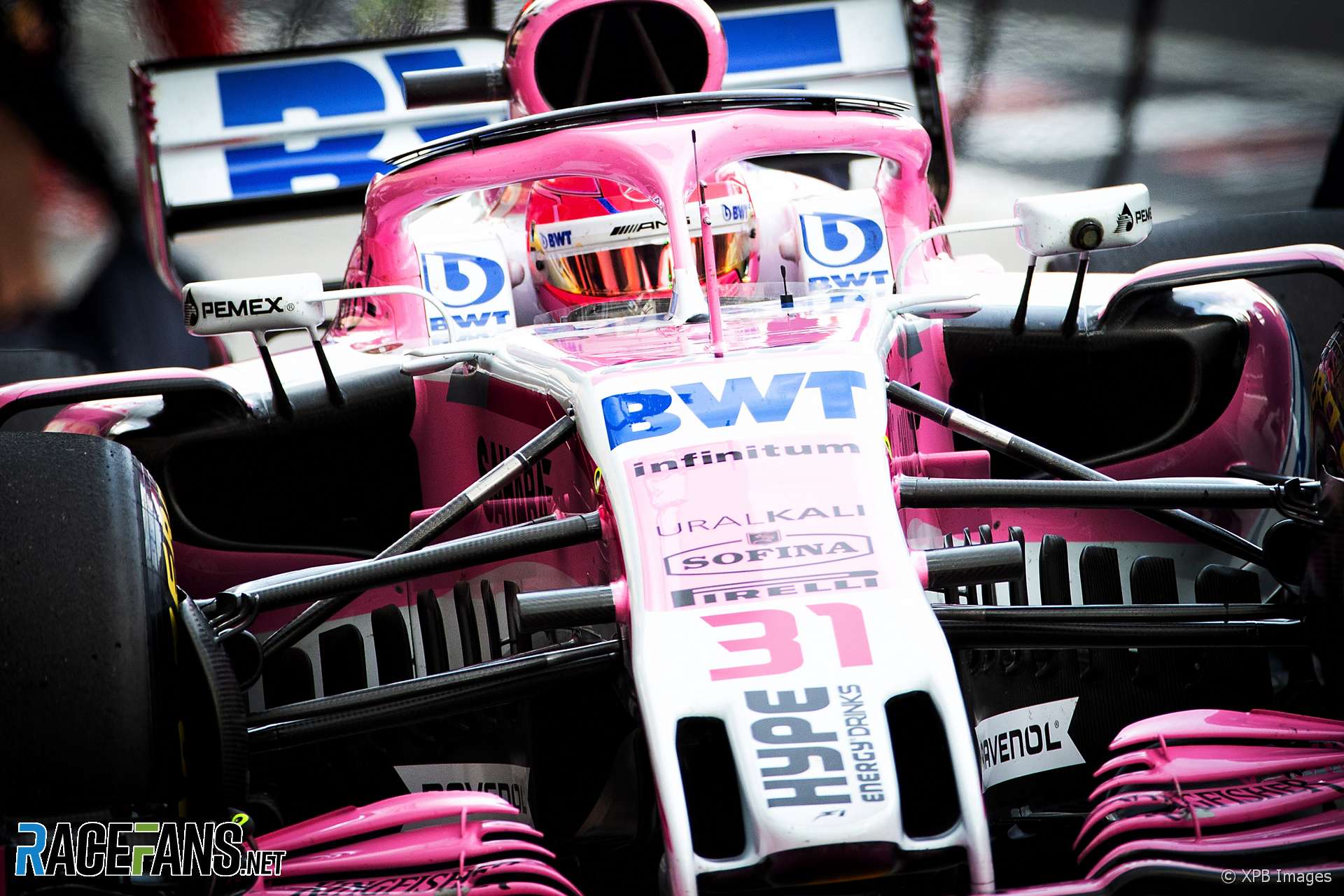 Force India’s exclusion from the championship means changes to the Formula 1 points ahead of this weekend’s Belgian Grand Prix.

The team has been excluded due to its change of name from Force India to Racing Point Force India. This became necessary when the team was rescued from administration by a consortium led by Lawrence Stroll.

The team has therefore forfeited all of its championship points. Force India no longer appears in the constructors’ championship standings, which means McLaren, Toro Rosso, Sauber and Williams are promoted.

However the team’s drivers Sergio Perez and Esteban Ocon keep their points in the drivers’ championship. Here are the revised standings: