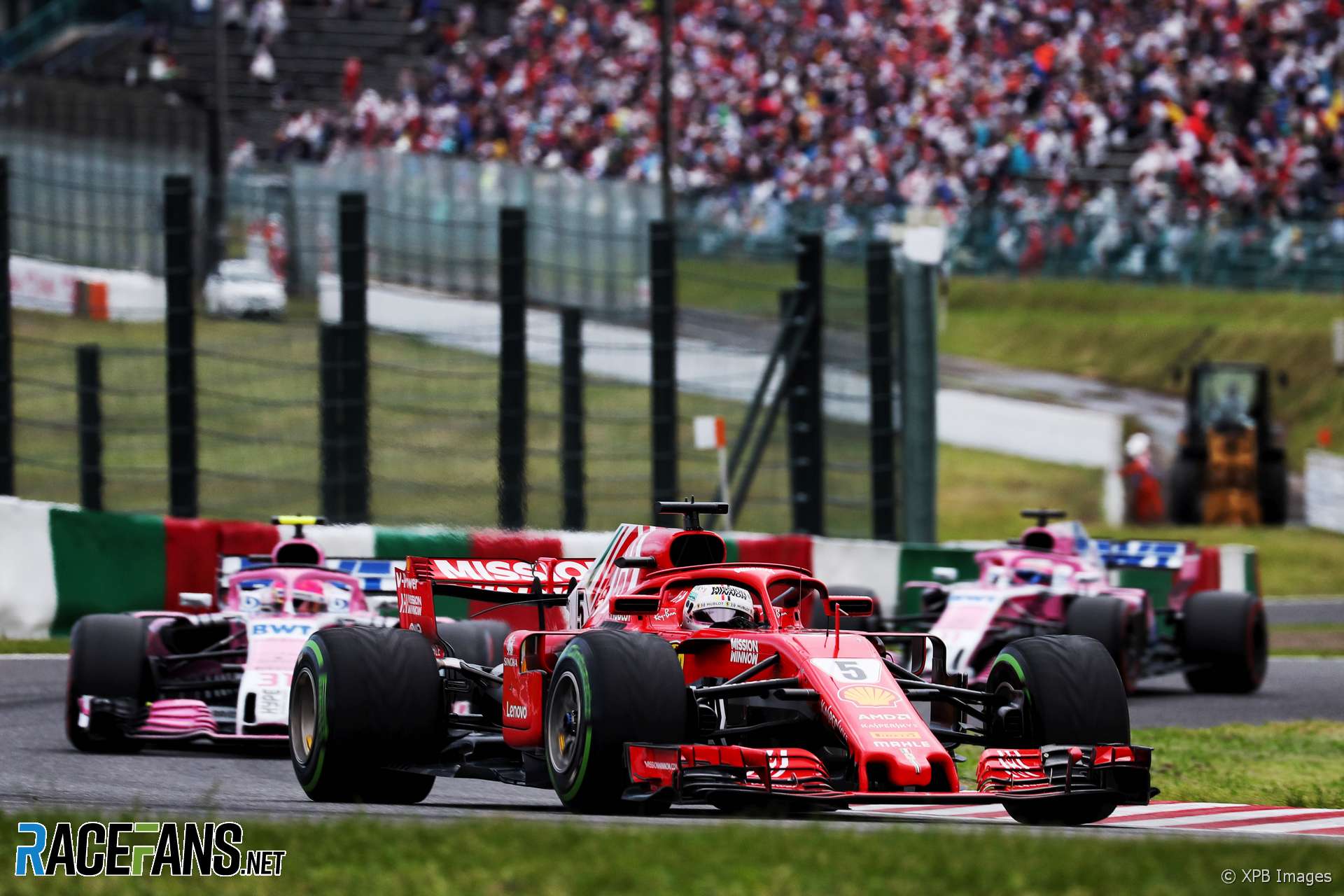 Sebastian Vettel revealed Ferrari believed more rain was about to fall at Suzuka when they chose to fit intermediate tyres for Q3.

The decision backfired and contributed to Vettel qualifying just ninth on the grid.

He revealed the call was influenced by a weather reported predicting further rainfall during Q3.

“Five minutes [later] it started to rain quite heavy so there was something in the air,” he said. “I think we expected that there was more rain coming. And obviously it didn’t so then it was the wrong decision. When the conditions are like this you either get it right or you get it wrong so I’m not blaming anybody.”

Further rain did arrive later in Q3, by which time Ferrari had already changed tyres. “If it started to rain five, six seven minutes earlier then we did a miracle because we’re the only clever ones and if it’s like that obviously we’re the only ones looking stupid,” said Vettel.

“Therefore I defend the decision, it’s our decision as a team. Obviously it wasn’t wet enough to start with and then the rain came later.”

Vettel did not say who made the call to fit intermediates. “It doesn’t matter,” he said. “Why does it matter? It was our call.”

15 comments on “Vettel: Intermediate tyre call was due to weather forecast”