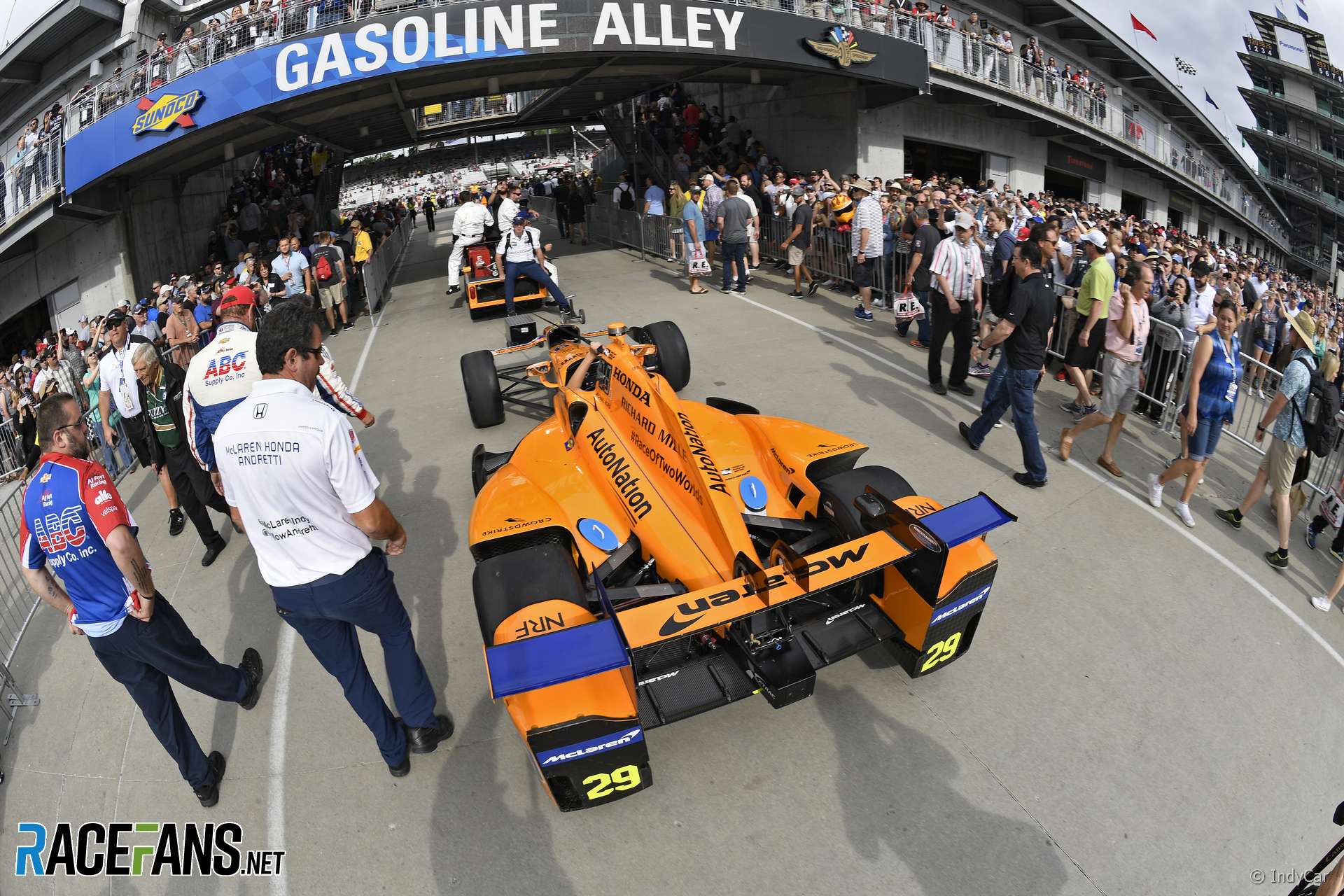 McLaren has ruled out entering a full-time team in the 2019 IndyCar season.

In response to a question from RaceFans today McLaren Group CEO Zak Brown confirmed the plan had been shelved.

“For the IndyCar series, we’ve taken the decision to not compete on a full-time basis in 2019,” said Brown. “We’re simply not ready yet and very focused on Formula 1.

However Brown left the door open for running a one-off entry in the Indianapolis 500 as the team did last year for Fernando Alonso.

“As far as the Indy 500 is concerned, it’s something that remains of interest to us. That will be a decision that ultimately we take in the off-season.

“I think it’s something that Fernando would like to do as well, but right now we’re still focused on Formula 1 and until we get a little bit of fresh air we’ll remain focused on that.”

Alonso said on Thursday he expects to have a “quiet season” in 2019 compared to his hectic dual F1 and World Endurance Championship campaigns this year.

“I’m still deciding a little bit and finalising some of the projects. More or less they are all in my mind now and it’s just a matter of time to sign everything and confirm everything before announcing.

“I think it’s going to be a quiet season in a way after this 2018 with 28 races. I will not have 28 races but I will have enough races and important ones that will feel OK for me and hopefully for the fans as well.”