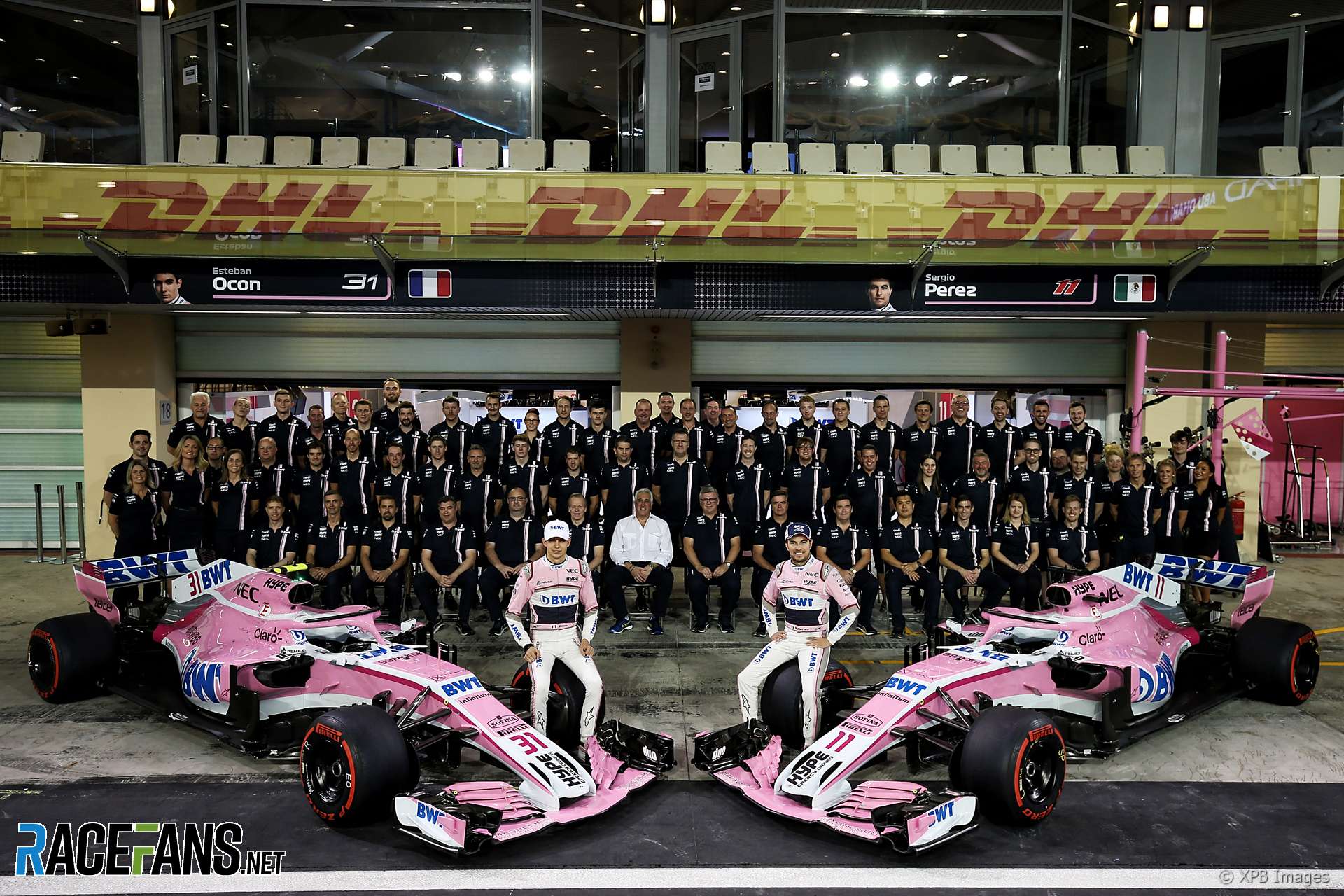 Racing Point – the team previously known as Force India – will hold a launch event for its 2019 F1 season in Canada.

The event will take place at the Canadian International AutoShow in Toronto on February 13th. The team has not confirmed whether it will reveal its new car at the event. Pre-season testing will begin at the Circuit de Catalunya in Spain five days after the event.

“Our 2019 season will be launched on the 13th of February at the Canadian International AutoShow in Toronto,” the team announced on Twitter.

The team’s assets were purchased by a consortium led by Canadian billionaire Lawrence Stroll in August after it went into administration the previous month. The official F1 entry list for 2019 indicated its name has changed from Force India to Racing Point, however the team’s management has indicated a further change of name is possible before the season begins.

The team has retained Sergio Perez for 2019 but Stroll’s son Lance has replaced Esteban Ocon in its driver line-up for next year.

Force India finished the 2018 championship in seventh place. It forfeited the 59 points it scored in the first 12 races of the season after it re-entered the championship following its change of ownership.