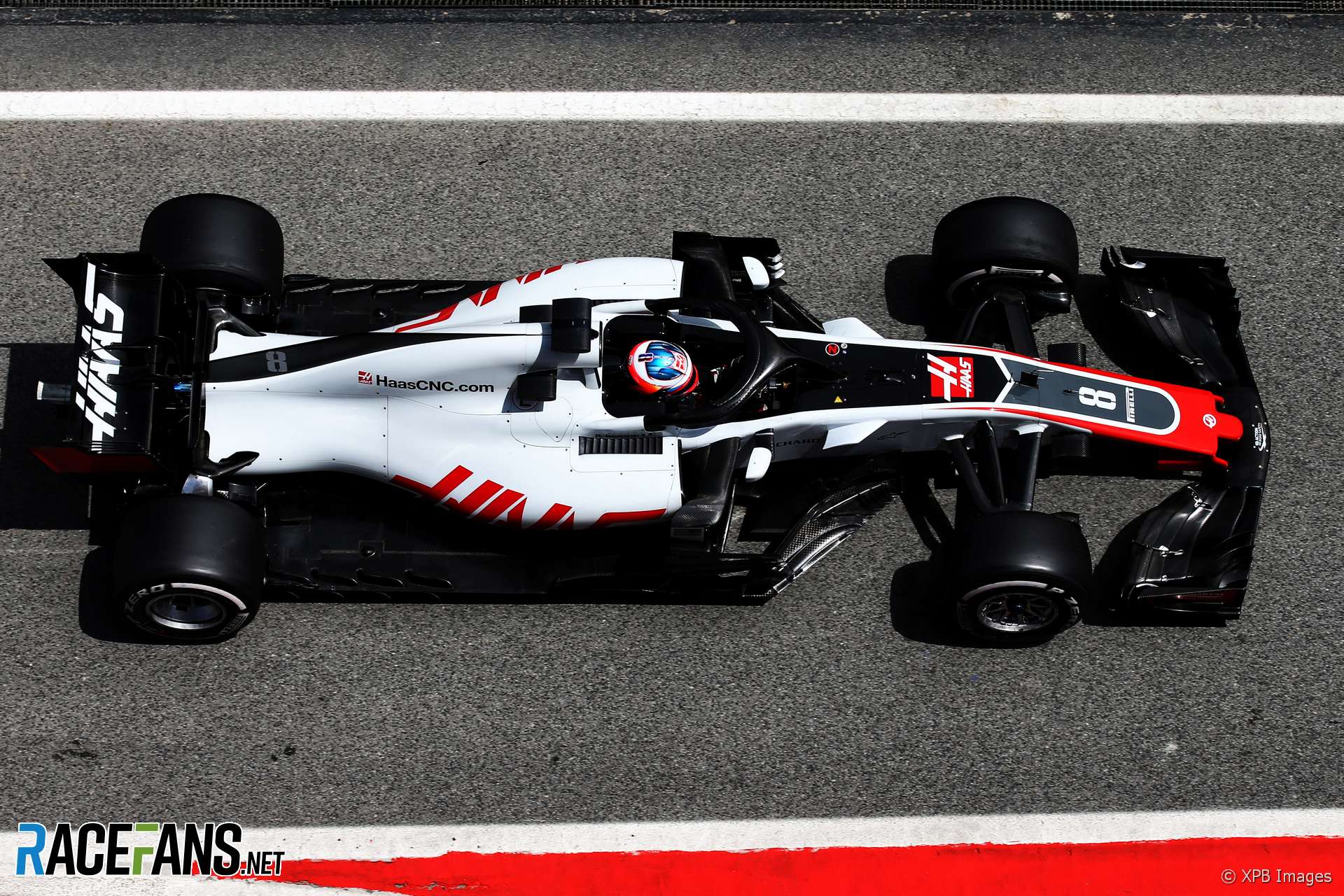 In the first instalment of a new series we’re putting questions from our RaceFans Supporters to special correspondent @DieterRencken. Here’s our first:

In a recent article Dieter seemed to be suggesting Haas were actually going beyond what the rules on customer parts allowed and were buying manufactured parts and services that weren’t allowed. How is it none of the other teams have complained to the stewards about this?

Is this why Haas waited for the Abu Dhabi Grand Prix before they complained to the stewards about Racing Point/Force India getting paid such and such (in the hope that Lawrence Stroll will have forgotten about this by the time we get to Melbourne)? Do all the teams make use of parts and services that the rules don’t allow, so complaining to the stewards could bite them as well?
Stephen Crowsen

I don’t recall suggesting Haas had gone “beyond the rules” in its use of non-listed parts; in fact, I’ve openly admired team principal Guenther Steiner’s interpretation of the regulations, and the way in which he applies them. I’ve followed the progress of Haas with interest since being the first journalist Steiner shared his model with – in 2013, three years before they entered F1 – and visited him in Charlotte.

I’ve often wondered why Red Bull did not pursue the same model with Toro Rosso, particularly when they used the same engines. I was advised it was down to Red Bull’s modus operandi: they ‘freeze’ their car design as late as possible, which would leave little time for Toro Rosso to design ‘listed parts’, which are those teams must own the intellectual property rights to (whether they design those parts themselves or contract out the work).

The Ferrari/Haas/Dallara relationship is different as Haas chief designer Rob Taylor explained in the exclusive interview I did with him last year.

As for none of the teams “complaining [about Haas] to the stewards”, believe me, if there was the slightest suspicion that any team broke (or even bent) any listed parts regulations, the suspect party would be at the receiving end of protests – much as Haas was excluded from the Italian Grand Prix following a protest by Renault on account of using a floor design that did not comply with a technical directive.

Although this offence was not related to listed parts usage, it shows how the teams effectively police each other. The 2007 ‘Spygate’ saga, which ultimately cost McLaren the (ridiculous, in my opinion) sum of $100m in fines and forfeit revenues, illustrates how seriously the FIA takes wilful cheating. F1 is a massive sport but a small world, and word soon gets out about possible breaches as folk move from team to team.

The timing of Haas’s Abu Dhabi protest against Force India/Racing Point was due to various factors. As I wrote at the time the action was not directly linked to the use of listed parts (although FI/RP uses Mercedes powertrains, electronics and hydraulics, and designs and builds (or sub-contracts) the balance) but to F1’s money distribution.

A month and a half earlier, during the Japanese Grand Prix weekend, Steiner requested definitive answers from Liberty Media as to whether FI/RP would be paid monies it was not strictly entitled to in terms of team agreements. The team disputed Force India’s claim to some of the money following its readmission to the sport as a new entrant after it went into administration last July.

Haas’s last chance of protesting FI/RP in 2018 was in Abu Dhabi. The chairman of the stewards that weekend was Garry Connolly, who also officiated in Spa when FI/RP was accepted as a new team, which was an additional factor.

So the protest wasn’t a case of “hoping [FI/RP owner] Lawrence Stroll would forget about it” – if anything, precisely the opposite, as this ongoing saga could serve to unsettle FI/RP during the off-season. The protest was aimed primarily at proving to Liberty that FI/RP was a new team – which was upheld by the stewards – and therefore not eligible for full revenues for two years. The issue won’t go away as there is up to $60m riding on it…

I’m told the “listed parts” schedule is likely to be expanded for 2021 in order to reduce the dependence of ‘B teams’ on major teams by forcing them to build more performance differentiating parts in-house. This is likely to impact Haas more than on any other team, but I’m sure they can gear up to that in time.

Equally, I believe no progress has yet been made on the question of FI/RP’s revenue entitlement.

18 comments on “Are F1 teams overstepping the rules on parts design?”