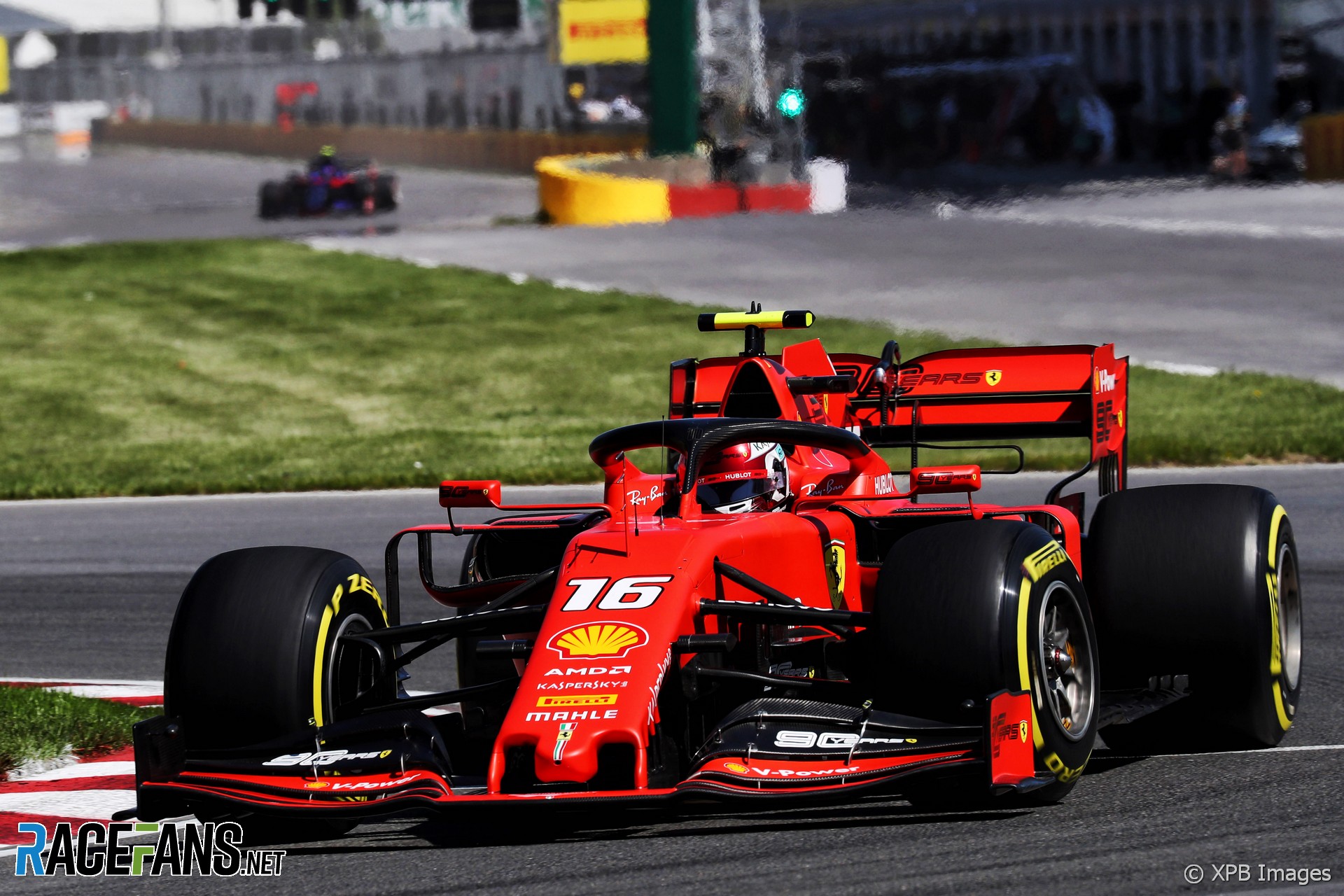 Hamilton, who was quickest in the first practice session, headed the early times in the second 90 minutes of running before he lost control of his car on the apex kerb at turn nine. He slid wide and smacked the barrier with his right-rear wheel, and despite returning to the pits at low speed his car required a new rear end.

That prevented Hamilton from doing both a low-fuel qualifying simulation and a high-fuel run at the end of practice, depriving Mercedes of useful data. His team mate Valtteri Bottas lowered his best time to a 1’12.311, but was beaten by both the Ferraris.

There was little to choose between the two SF90s, but Charles Leclerc had a slightly better run than Sebastian Vettel through the second and third sectors – and a considerably better run than anyone else – which put him on top with a 1’12.177. Vettel was less than a tenth of a second away from his team mate.

Hamilton wasn’t the only driver to touch a barrier. Max Verstappen brushed the ‘Wall of Champions’ when he caught his team mate Pierre Gasly at the end of a run and had to pit. The Red Bulls ended the session well off the pace, languishing in 12th and 13th.

Carlos Sainz Jnr was first among those to capitalise, putting his McLaren an excellent fourth, within four-tenths of a second of Hamilton. That pushed Kevin Magnussen’s Haas down to fifth, followed by Hamilton.

Racing Point looked in better shape as both Sergio Perez and Lance Stroll reached the top 10. Stroll, however, is under investigation for an incident involving Romain Grosjean – the Racing Point driver squeezed into the Haas as the pair approached the final chicane.

The two RP01s were separated by the Renault drivers, Daniel Ricciardo a tenth of a second faster than Nico Hulkenberg. But for once it wasn’t just the midfield that was close – the entire top 10 was covered by less than a second.

The Williams pair brought up the rear as usual. However George Russell was within two-tenths of a second of Antonio Giovinazzi, who missed much of the start of the session following the repairs to his car in the first practice session.

Drivers more then ten seconds off the pace omitted.