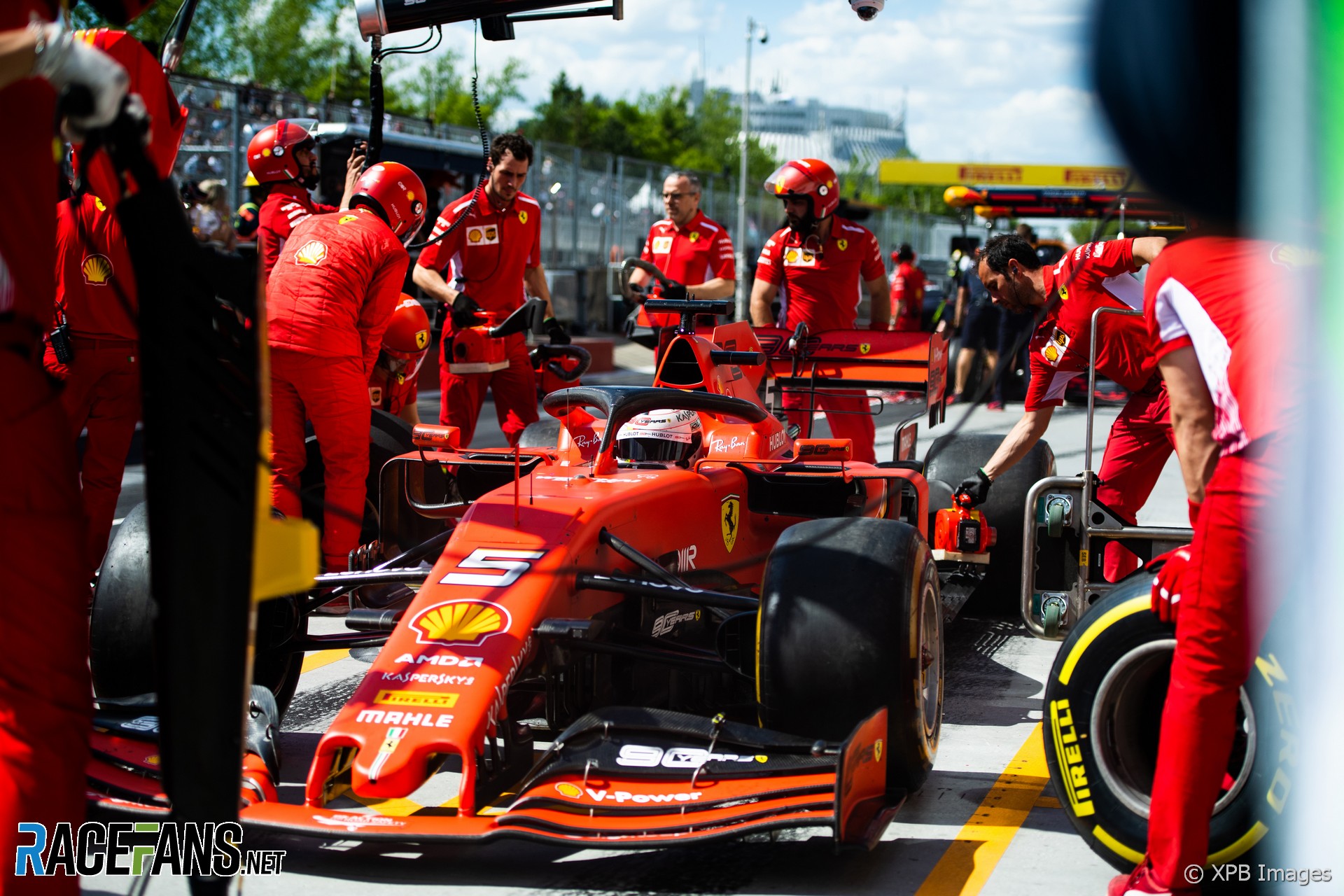 Ferrari were anxious to play down their session-topping times on Friday, and with good reason. After all, the red cars haven’t got a great record when it comes to delivering on their apparent potential this season.

But with long straights to flatter their class-leading power unit and efficient – perhaps too efficient – chassis, plus warm track temperatures to help them get the tyres into the right operating window, Ferrari are certainly a more competitive force than they have been in recent races. Whether that’s going to be enough to trouble the all-conquering Mercedes W10s is another matter entirely.

Mercedes were emphatically quickest in first practice but Valtteri Bottas said that while changes they made for the second session improved the car’s performance, it made the handling trickier. Clearly the team is not about to sacrifice driver comfort for lap time, which shows they don’t consider themselves far ahead of the opposition this weekend.

The silver team did not have a trouble-free Friday. Bottas lost time with a minor power unit problem, and Lewis Hamilton’s brush with the wall was more costly. He missed out on a chance to hone his qualifying effort and also missed out on potentially valuable long-run data.

The latter could prove a problem as the limited life of the soft tyres may push teams towards using the harder compounds in the race. Anyone who starts on the soft compound will want to get rid of them quickly, predicted Nico Hulkenberg. “There’s going to be a traffic jam on lap six in the pits,” he said. “I think we need to introduce some traffic lights…”

It looks like being a tricky weekend for Red Bull. No doubt their true pace was likely disguised by Max Verstappen’s brush with the wall. Pierre Gasly, who has been closer to his team mate in recent races, appeared to revert to his early-season form on day one in Canada, well done on his team mate’s pace.

Honda introduced its latest power unit in Baku, meaning Red bull does not have the benefit of fresh hardware which the Mercedes customers all enjoy. The Ferrari-powered teams are also getting their hands on some new kit: Haas did not run Ferrari’s new turbo and MGU-H on Friday, but expect to on Saturday, which should help them offer even stronger competition for Red Bull.

McLaren also looked competitive on Friday in the hands of Carlos Sainz Jnr. As the graph below shows, they are the only team yet to have improved on their best time from last year.

Will they be as quick on Saturday? Previously Renault have not been able to increase the power of their engines for qualifying as much as their rivals. However in Monaco Daniel Ricciardo spoke of finally having a proper ‘qualifying more’ for the first time. Keep an eye out for evidence of that in qualifying.

This chart shows all the drivers’ lap times (in seconds) during their longest unbroken stint. Very slow laps omitted. Scroll to zoom, drag to pan, right-click to reset: