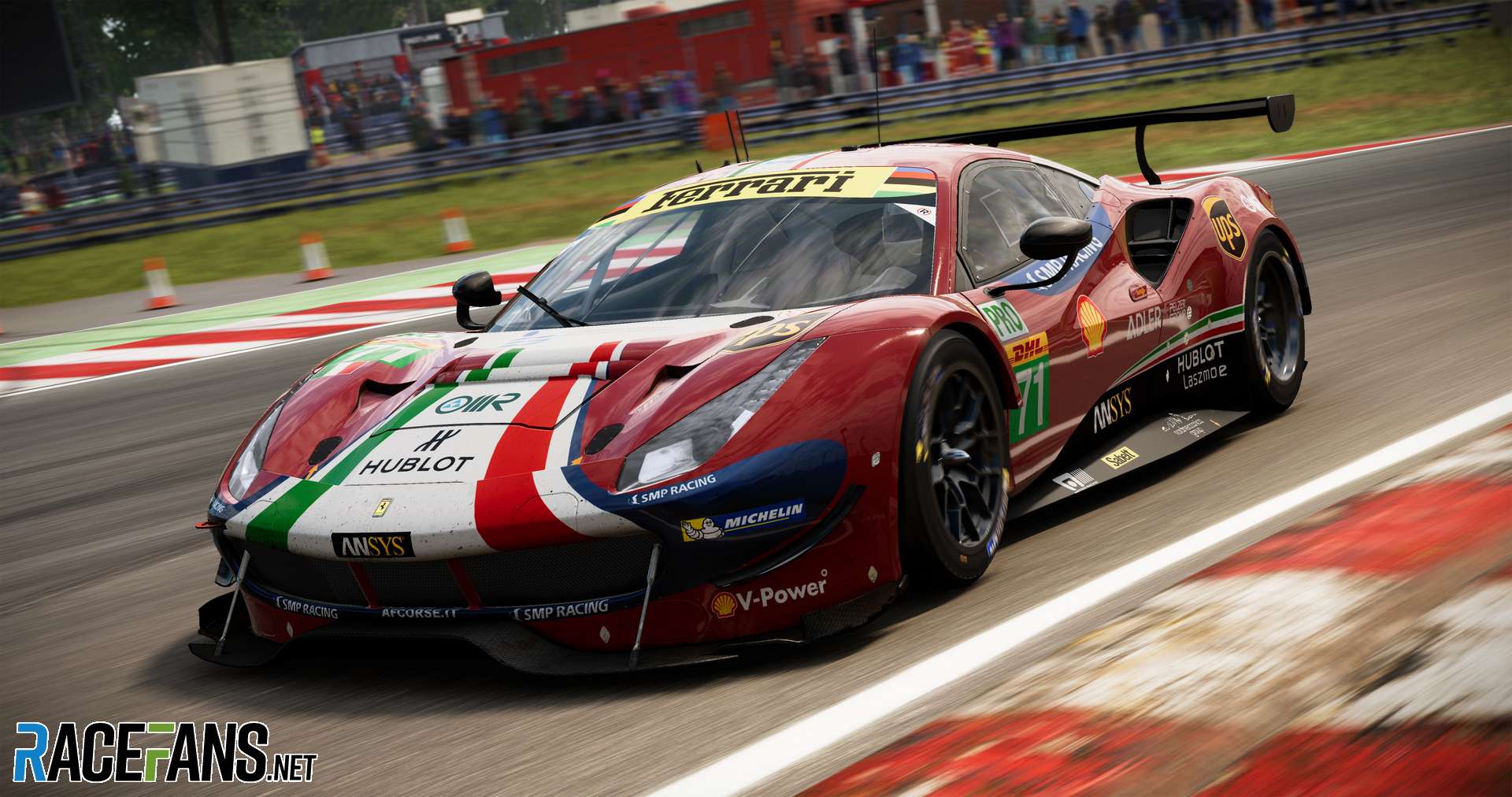 What a console generation it’s been for motorsport fans. The last six years have seen brand new simulation franchises like Project Cars and Assetto Corsa burst onto the scene, while established series like Gran Turismo and Forza Motorsport seem as popular as ever.

Even Codemasters have hit their stride, with their officially-licensed F1 series and Dirt Rally games proving to be critical as well as commercial successes. But one Codemasters franchise has been curiously absent during this current generation – the high-octane arcade action of the Grid series.

That changes with the release of ‘Grid’, a reboot of the series coming to PS4, Xbox One and PC this Friday. But does this long overdue title have a place among a competitive racing game genre in 2019, or will it be left flailing in the exhaust fumes of its rivals?

The first thing to know about Grid is that it’s completely, unashamedly arcade in nature. Grid takes one look at the complexities of modern motorsport – all the practising, the penalties, the politics – and throws it all out the driver’s side window. And for those already familiar with the series, this is not Grid: Autosport. This is far more like a spiritual successor to Grid 1 and 2.

There’s little attempt to emulate the real world here. Instead, Grid is a celebration of the beautiful mechanical chaos of motorsport. Races are short and frenzied affairs. Every car that finishes a race in Grid will likely be wearing at least some battle scars by the chequered flag. There are no yellow flags or penalties for ‘causing a collision’ here. In Grid, racing is a contact sport.

The fictionalised world of motorsport found in Grid feels like a Hollywood vision of what racing could be. Confetti and pyrotechnics greet you as you reach the finish line. Balloons and fireworks light up the sky during night races. The public address announcer hypes up every race like it’s a gold medal event at the X-Games. It’s all about making every race a spectacle. And for the most part, it succeeds.

There’s a wealth of vehicles and disciplines to choose from in Grid’s sizeable career mode. Over 60 cars covering Touring Cars, GT, Stock and Tuner disciplines are featured, with Daytona Prototypes and an Invitational class including everything from Mini Coopers, historic cars and even Fernando Alonso’s 2006 Formula 1 world championship-winning Renault R26 present. Alonso gets an entire career mode tree dedicated to his eSports team, while the final challenge of the Grid World Series – available only after mastering four disciplines – featuring a showdown with the man himself.

There are 12 unique locations to race on, from real world circuits like Silverstone or Sepang to fictionalised street circuits in San Francisco, Havana and Shanghai. Taking all circuit variations into account, Grid serves up over 80 circuits to thrash all of its available cars around.

The frantic, action-packed racing is fittingly accompanied by arcade handling. Prepare to drift around the majority of corners – even in a single seater. With all the power-sliding and tankslappers on display, races can often feel like 16-car rallycross events on tarmac. Some may scoff, but the handling model feels perfectly suited for the kind of racing Grid wants to offer.

The 400 individual AI opponents you’ll be racing against are appropriately aggressive and unpredictable. And on higher difficulties, they can be pretty tough to overcome. While there’s no penalty for getting your elbows out, rub paint with a rival too hard or too often and they will become marked as your ‘nemesis’. The vendetta they’ll hold against you doesn’t mean they’ll go so far as to deliberately wreck you, but they aren’t shy about shoving their noses into gaps that will obviously disappear. And expect to occasionally come around a blind corner to see a crashed AI car sitting square on the racing line.

Chucking beautifully modelled cars sideways into a fast sweeping turn while surrounded by a pack of rivals all jockeying for track position is inherently fun. Getting to divebomb two cars ahead into a tight hairpin turn by just lunging up the inside is admittedly more enjoyable when you don’t have to worry about the consequences of damage and penalties.

While the arcadey handling is easy to get to grips with, you’ll find that you’ll go quicker in some of the classes by being gentle and precise, rather than going for all-out aggression. It feels almost counter-intuitive to exercise Alain Prost-like restraint in a game which seems to be urging you to go full Max Verstappen. But with some of the cars, the hardest thing to do is take a precise line through a quick sequence of turns.

For every race, you’ll earn credits to buy more cars to progress through career mode (with a 10% bonus if you’re a ‘VIP’ player through buying the ‘Ultimate’ edition). You’ll also have a team mate at each event, earning points and credits for you. As you progress, you can unlock a raft of alternative drivers to hire the services of, ranging in a variety of attributes including speed and loyalty.

Graphically, Grid is a feast for the eyes – even on the standard PS4 it was reviewed on. Colours pop in the Shanghai sunset. San Francisco is a thriving metropolis that looks best lit up in the dark, while Havana has a distinctive haze. With the saturation of colours, it’s important not to skip the initial gamma adjustment for your TV when first starting the game, else you’ll find things can get a little too bright when the setting sun is directly in your driver’s eyeline.

Frame rates feel somewhat lower than the F1 series or Dirt Rally, most likely due to the sheer volume of visual effects on show during gameplay. It doesn’t detract from the game in the same way it would for a simulation title, however. There’s also a range of camera options to choose from, including a detailed cockpit view for every car.

Unfortunately, despite the chaotic racing action on show, it’s disappointing that there is no photo mode to capture those dramatic moments in the best possible way.

Car customisation is available for every car in the game for career and online. There’s no Forza or Gran Turismo Sport-style full livery editor, but there’s a pretty decent selection of preset liveries to unlock and paint.

But while there is plenty to enjoy in this long-awaited return of the Grid series, there are a number of areas that over time begin to take the shine off this reboot.

Grid is a game designed entirely around providing quick and simple thrills. But while the arcade style racing in undoubtedly fun, the gameplay in Grid lacks the depth found in its sister titles of Dirt and the F1 series.

There’s a plethora of events in career mode to go through covering the multiple disciplines, and you don’t have to do them all to progress, but the constant cycle of short sprint race to short sprint race can quickly become repetitive. There’s no pit strategy or drastic change to the formula to shake things up as time goes on.

While the handling is accessible enough for anyone comfortable with a controller or wheel to pick up and play, there’s little tangible difference in how the different disciplines drive. Yes, the Touring class of cars are more tail-happy than the GT class, but you can easily swap from an American muscle car to a thoroughbred GT3 machine without having to fundamentally adjust your driving style.

The teamplay aspect to the game also feels disappointingly shallow in comparison to Dirt Rally. While, in theory, you can use the D-pad to give your team mate orders such as ‘push for a better position’ or ‘hold on to your position’, in practice it feels like an inconsequential feature. It could have been a way to add some interesting strategy to races, but with sprints being so short, it rarely feels like there’s much need to worry about it. It’s also just your team mate you can select to hire – there’s none of the team personnel management and maintenance that added an enjoyable extra dynamic to the Dirt series.

Despite the gnawing thoughts about what Grid could have been, the reality is that this new entry in the franchise delivers on what it sets out to do; provide a fun and frantic racing experience.

The substantial road map for DLC Codemasters have announced for Grid shows that they have clearly invested in this title, so maybe if this reboot is successful we won’t have to wait so long for the next installment.

Does Grid have a place among its peers in 2019? Absolutely. There’s fun to be had with its accessible and action-focused gameplay. But if you go into it expecting it to become your primary racing game of choice, you’ll probably be left disappointed.

Instead, if you want a palette cleanser from the more serious, involved racing games in your library, then Grid may be just the tonic.

7 comments on “Grid: The RaceFans review of Codemasters’ rebooted racer”