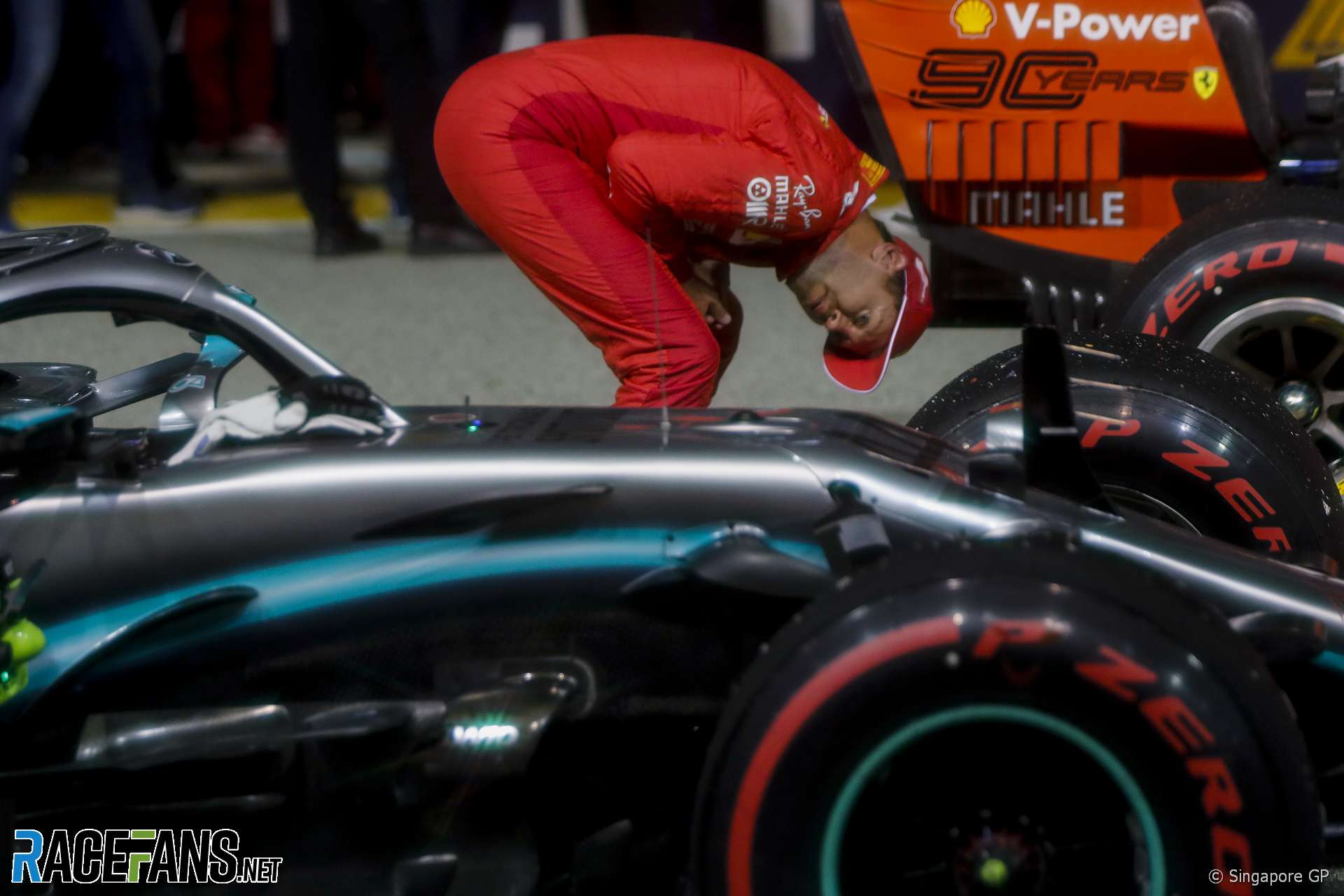 Ferrari has everything it needs to beat Mercedes to championship titles, says Sebastian Vettel.

Mercedes won their sixth consecutive constructors’ championship on Sunday and will clinch 12 titles in six years by the end of the season, however the drivers’ title fight is resolved.

Vettel admitted he is “obviously not happy with the fact that we didn’t have the year that we were looking for” in his fifth season at Ferrari. “But it’s not today that made the difference, not yesterday, not last week,” he added on Sunday at Suzuka.

“I don’t think we’re lacking anything,” said Vettel. “We just need to work better. We are very committed, working very hard but it’s not yet on the level that can be achieved.

“Mercedes have shown in the last years that you can do better and they’ve been able to maintain that. I think we are not in that position, but I’ve loved to be honest and I’m sure that we would be more enthusiastic by nature but that’s not the case, so we need to work better.

Ferrari has won three races this year and missed out on chances to win others. The team swept the front row of the grid in Japan but Vettel came home second, four places ahead of team mate Charles Leclerc.

He praised Mercedes’ operation, saying the team appear to be “very close to perfection every time they go out on track.”

“[They’re] very consistent, [make] very little mistakes. That’s certainly also part of what makes them so strong. But if you clinch the constructors’ title with four races to go there’s a lot of things you do better than all the others.

“If you go into detail then you can argue what their car is maybe doing better than ours but I don’t think that’s the point overall, it’s a team effort and as I said, I think we do have the ingredients, we do have the commitment, we do have the intelligence but we just need to do it better.