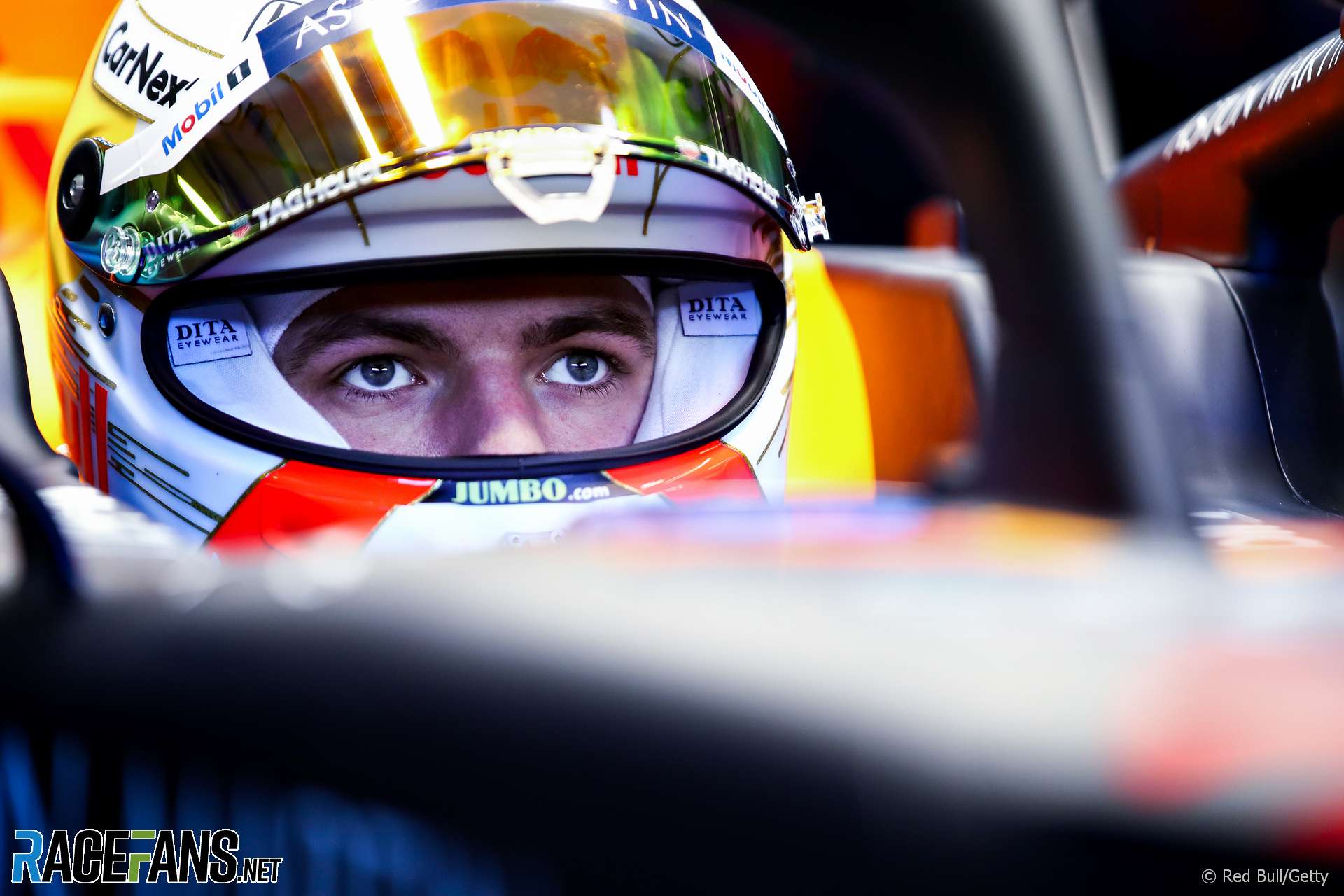 Lewis Hamilton says Max Verstappen’s recent remarks about him are “a sign of weakness” in his rival.

The Red Bull driver told media earlier last month Hamilton’s success was partly due to a lack of pressure from rival teams.

“It’s very car dependent, of course, in F1,” Verstappen. “At least when you can put the pressure on them, of course, it’s a lot harder for the guy. If you never really have pressure, then you can always drive it with 97/98% and you never make mistakes.”

This was the latest in a series of comments Verstappen has aimed at Hamilton. Last year he said his Mercedes rival has “never really had big pressure from his team mates”.

But Hamilton brushed off his rival’s remarks when asked about them during today’s Mercedes launch. “I find it funny seeing that,” he said. “I’ve just always known to just do my talking on the track. Often I tend to see that as a sign of weakness.”

Hamilton said he is impressed his Mercedes team have kept up their motivation to win again after scoring their sixth consecutive sweep of the championship titles last year.

“And I’d say probably the most impressive thing is that [after] we’ve had the success, it could be quite easy for them to be laid back today.”

“Everyone’s focussed. There’s been so much work that’s done in the background to make sure that today runs smoothly. So I think everyone gets excited at this stage and just everyone seems refreshed, revamped and ready for the challenges ahead.”

134 comments on “Verstappen’s comments “a sign of weakness” – Hamilton”