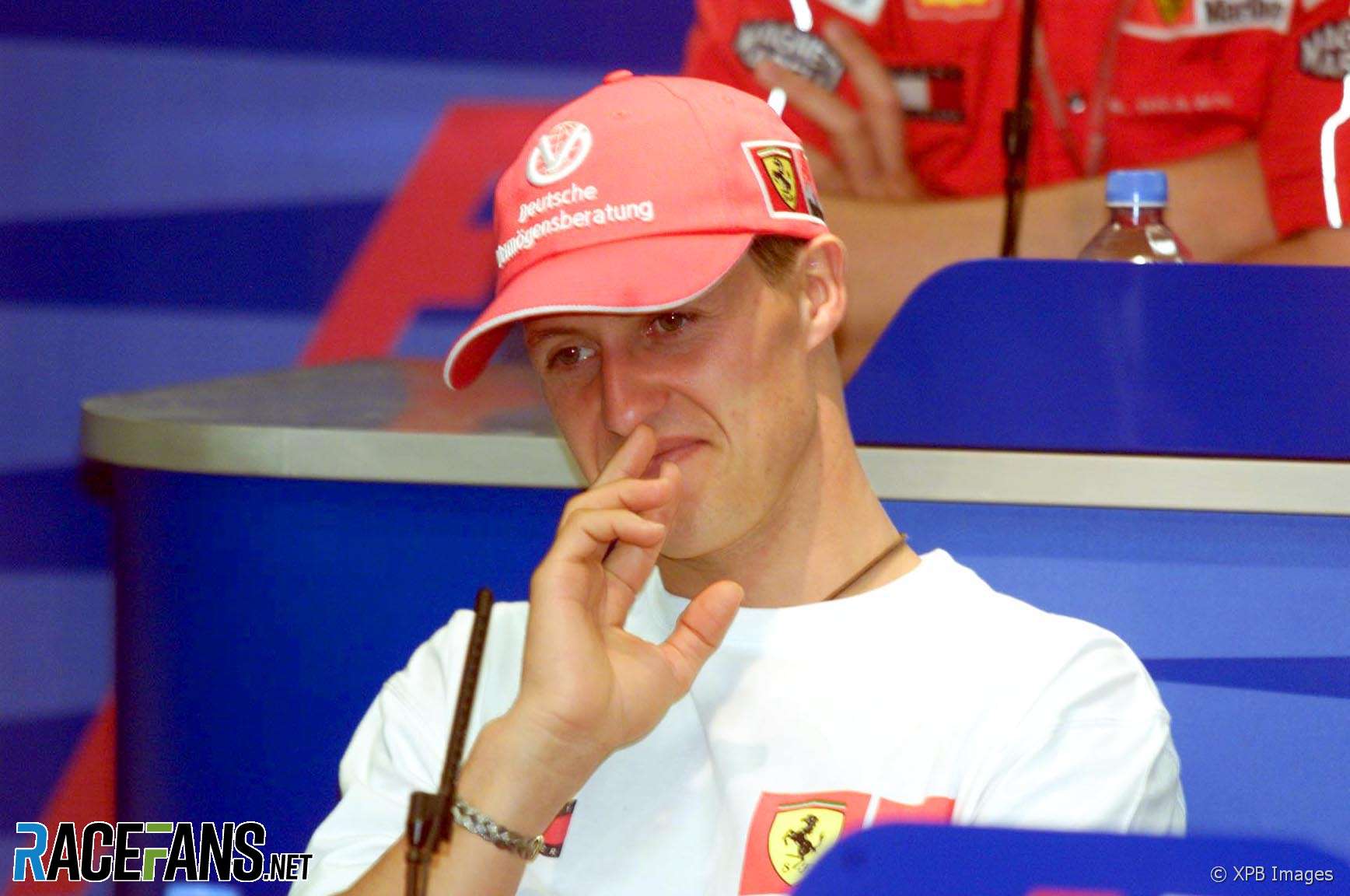 Two weeks on from Michael Schumacher’s home win at the Nurburgring, the field headed to the Cote D’Azure for the Monaco Grand Prix.

Then as now, this was viewed by some as the blue riband event of the season, while others regarded it an overhyped snoozefest. Either way the visceral thrill of watching the cars hurtle between the barrier at dazzling speeds remained.

Schumacher’s fourth win from the first six races had put his title campaign back on track. The McLaren pairing of Mika Hakkinen and David Coulthard shared a win apiece, Jordan, Benetton and Williams had all featured on the podium, but hadn’t come close to challenging for a victory, handicapped by variable car performance.

Benetton, who had won the race with Schumacher five years earlier, suffered a serious disruption in their preparation for the race. Giancarlo Fisichella was fortunate to emerge with little more than bruising from a monster accident in Valencia during a test.

McLaren led the way in practice, which began as usual on Thursday instead of Friday, with local resident Hakkinen quickest. Coulthard led the way on Saturday morning but Schumacher’s Ferrari remained threateningly close, setting the scene for what promised to be a lively qualifying hour.

Eddie Irvine’s Jaguar was frequently found towards the top of the time sheets until he crashed at the swimming pool on Saturday morning, following in the wheel tracks (and repair bill) of Alexander Wurz who’d done the same earlier in the weekend.

In perfect conditions, Schumacher lopped well over a second off Hakkinen’s 1999 pole position time to lead the field. No one had won a race from pole since the previous year’s Hungarian Grand Prix, but surely that would change in the overtaking-free zone which is Monaco.

Remarkably he shared the front row of the grid not with one of the McLarens or even his team mate, but Jarno Trulli in his day-glo yellow Jordan. Trulli was already beginning to mark himself out as a Monaco specialist, setting a time just two-tenths off the Ferrari.

All this meant bad news for the McLarens with Coulthard in third and Hakkinen only fifth. Both would have a lot to do when the race got underway. The second Jordan of Heinz-Harald Frentzen split Woking’s finest, fuming at being baulked by a very slow Irvine in the tunnel.

Rubens Barrichello lined up five places behind his team mate in sixth. Jean Alesi punched way above Prost’s weight with a superb effort for seventh place – he hadn’t started higher than 15th all year.

Fisichella’s Benetton, Schumacher’s Williams and Irvine’s Jaguar completed the top 10. On his Monaco debut, Jenson Button put his Williams 14th, travelling only slightly quicker than he had on his way to the circuit, when he copped a 4,000 Franc fine after being clocked at 227kph (141mph) in his BMW 330 turbo.

Everyone made the 107% cut off time (never guaranteed at Monaco) but both Minardis crashed during the session marooning them on the back of the grid.

Perfect conditions greeted the drivers on Sunday. Some celebrities may have been present but I doubt you’re any more interested in them than I am, so we’ll move directly to the race.

The initial start was fraught. Pedro Diniz failed to get away on the warm-up lap, forcing him to the back of the pack. But he regained his grid place when an engine problem for Wurz led to an aborted start.

Nonetheless the field shot into the first corner, unaware proceedings were to be halted. Schumacher led into Sainte Devote ahead of Trulli, but halfway around the opening lap the track became blocked. Pedro de la Rosa and Button collided at the hairpin, the perpendicular Arrows caused the traditional pile up and traffic jam, prompting the red flags. Everyone except de la Rosa had a spare car available and took the restart.

Take three went more smoothly – Schumacher led away the top five in grid formation (Trulli, Coulthard, Frentzen and Hakkinen). Ralf Schumacher somehow shimmied his Williams up from ninth to sixth, as Barrichello slipped down the order.

The opening stages were fairly settled as Schumacher built a steady lead over Trulli, Hakkinen started to press Frentzen with little success. Lap 11 saw the first passing move as Wurz moved clear of Mazzacane. Wurz’s joy proved short-lived as he hit the barriers at Ste Devote on lap 19 and was out. Three laps later both Minardis were gone, Gene with mechanical problems, and Mazzacane redesigning his M02 against a barrier.

While Schumacher continued to edge clear in his Ferrari, both Jordans were preoccupied by the McLarens in their mirrors. Trulli was now busy fending off Coulthard, whilst team-mate Frentzen doing the same with Hakkinen.

The pace began to take its toll on the hardware. A succession of problems hit drivers the length of the field.

A brake pedal blockage (caused by a data transmitter) forced Hakkinen in for an unscheduled pit stop on lap 36, putting him down to ninth place with a lot of traffic to clear. Trulli’s fine weekend came to a premature end when the usual Jordan gearbox problems forced him out.

Then Ralf Schumacher crashed at Sainte Devote – an incident which looked innocuous enough, but left him with a deep cut in one leg, forcing a trip to hospital for stitches.

The scheduled pit stops did little to alter the order, though with Trulli gone Schumacher now had Coulthard edging into his lead. Frentzen was next along from Barrichello and Fisichella.

But Schumacher’s apparently serene run to victory was dramatically halted with 22 laps. A broken exhaust directed hot air onto his rear suspension which failed, forcing him into his first retirement of the year. This elevated Coulthard into a comfortable lead.

It also elevated Frentzen to second place, but a day with so much promise for Jordan turned completely sour when he clipped the Sainte Devote barrier eight laps from home. That elevated Barrichello into second, and promoted Fisichella up onto the rostrum for his second podium of the season.

Coulthard’s second victory of the season was the first for a British driver in Monaco since Jackie Stewart in 1973. Barrichello and Fisichella completed the podium, while Irvine, Salo and Hakkinen rounding out the points – the reigning world champion suffering the ignominy of being lapped by his team mate.

With Schumacher non-finishing and Hakkinen faltering, Coulthard moved to second in the standings, taking a big bite out of Schumacher’s advantage into the bargain.