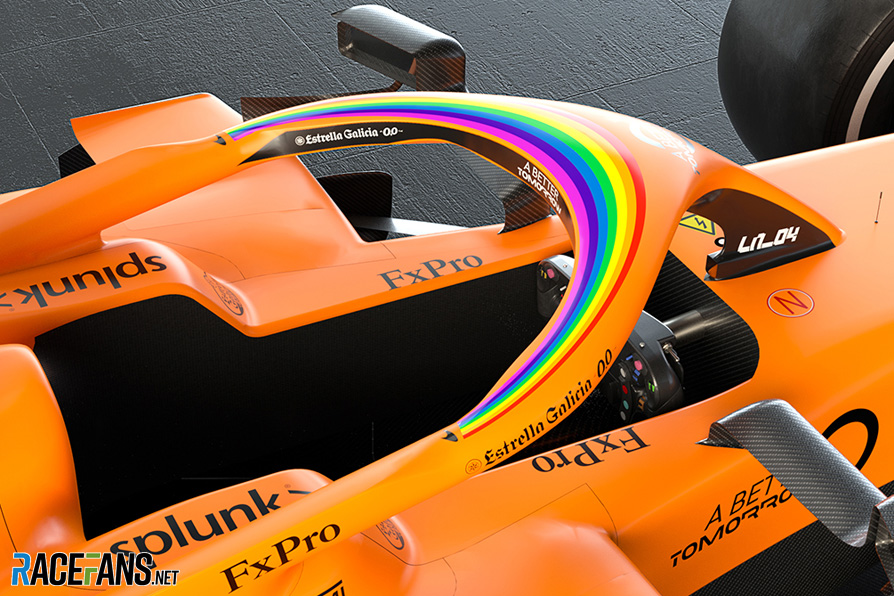 An email landed this morning with a press release from NASCAR, confirming the appalling details of the act of racist intimidation targeted at driver Bubba Wallace at Talladega yesterday.

A few hours later Formula 1 confirmed details of a new initiative intended to, among other things, “show that we as a sporting community stand united against racism and are doing more to address inequality and diversity in Formula 1”.

While the F1 announcement might be assumed by some to be a reaction to the NASCAR story, it isn’t: F1 has been working on plan, titled ‘#WeRaceAsOne’ for some time.

F1 pointed out that improving diversity within the sport was one of the goals stated in the sustainability strategy it announced last November. However it acknowledged that “recent events have reinforced the importance of those issues”. These recent events being, of course, the anti-racism demonstrations in America and beyond sparked by the death of George Floyd four weeks ago today.

Within Formula 1, six-times world champion Lewis Hamilton has been the most vocal supporter of the movement, challenging others within the sport to give it their backing and attending a Black Lives Matter demonstration in London yesterday. Over the weekend, Hamilton announced his own initiative to promote black participation within motorsport.

The Hamilton Commission intends to tackle the skills shortages and other obstacles to greater diversity in motor racing. The purpose of ‘#WeRaceAsOne’ is harder to follow.

In its press release today F1 said it intends to recognise “the two major issues dominating society’s consciousness at this time, COVID-19, and inequality.” Both are undoubtedly incredibly important subjects, but also totally different challenges. Grouping both under one symbol sends an unclear message; even more so when that symbol is the rainbow insignia already long associated with LGBTQ rights.

As the NASCAR story reminds us, racism is too pernicious an evil for a box-ticking social media exercise to be sufficient. ‘#WeRaceAsOne’ needs to be more than just something those of us who follow motorsport can post colourful pictures of on Instagram and say “isn’t it nice to see F1 doing this…”

F1 has been here before. During pre-season testing at the Circuit de Catalunya in 2008 Hamilton was targeted for abuse by a group who showed up in blackface and wigs carry signs which read “Hamilton’s family”.

The FIA took swift and positive action, putting the venue of the Spanish Grand Prix on notice that a repeat would not be tolerated. That year’s race went ahead without similar incidents being reported.

At the race the governing body’s previous administration also launched an initiative called ‘Racing against Racism’. However well-intentioned it may have been at time time, it’s impossible to make great claims for its success, particularly as any mention of its existence appears to have been long deleted from the FIA’s website.

The key questions for initiatives like these are: ‘What do you intend to achieve?’ and ‘How are you going to do it?’. As far as its anti-racism aspect goes, ‘#WeRaceAsOne’ needs a clear process leading to tangible change. Without that, F1 will stand accused of making gestures but not taking action – one can already imagine the cries of ‘rainbow-washing’.

The initiative will set up “a Formula 1 Task Force that will listen to people from across the paddock, including the drivers, as well as externals and make conclusions on the actions required to improve the diversity and opportunity in Formula 1 at all levels”, said the press release.

My feedback to the task force would be this: Where is the equivalent programme for non-white competitors to that which the FIA announced for women just last week? Even NASCAR, for all its problems, started its Drive for Diversity programme 16 years ago.