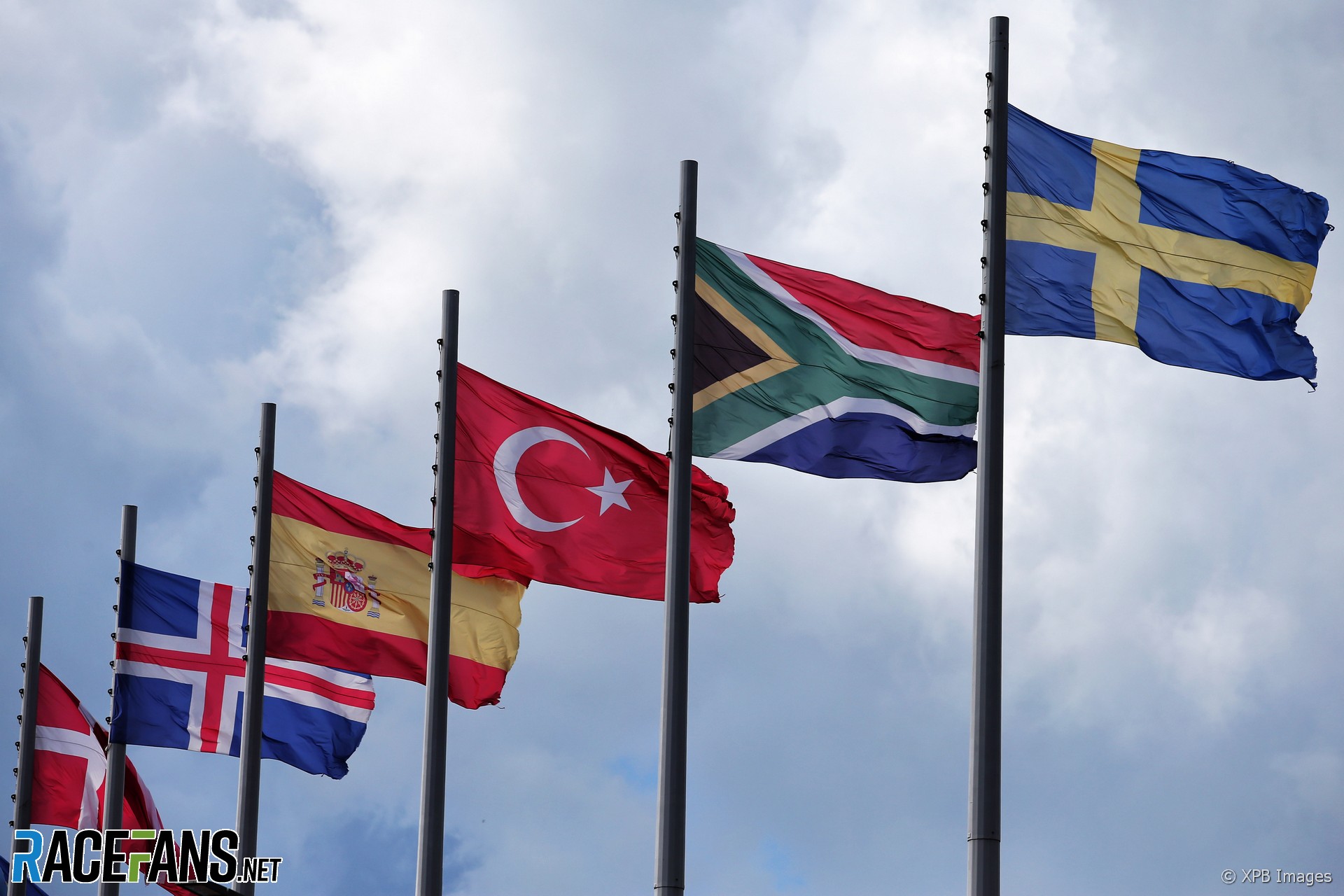 On Monday Formula 1 announced the introduction of its ‘#WeRaceAsOne’ campaign, with the cornerstones of the initiative being ‘The two major issues dominating society’s consciousness at this time, Covid-19 and inequality.”

The statement added that, “It will not be a one week or one-year theme that disappears as issues disappear from headlines, it will underpin the Formula 1 strategy to make a tangible difference in our sport and society.”

On Thursday, F1 CEO and chairman Chase Carey kick-started F1’s diversity fund by personally donating $1m to the initiative. This is doubly significant, as it not only underscores his personal commitment to diversity in F1, but the second million-dollar personal contribution he has made this year – according to solid sources he waived his salary and bonuses this year due to the ravages of Covid-19 on F1.

As an aside I can recall the CEO of F1’s previous rights holder, CVC Capital, extracting $5bn or so from the sport over a 10-year period, but cannot imagine that he personally put up a million bucks for the benefit of the sport he and his cronies milked almost to extinction, so clearly F1 is in far better hands than it was a decade ago.

The two F1 announcements follow in the slipstream of last week’s FIA e-Conference, during which two of the major talking points were sustainability and diversity, so clearly F1 and the wider motorsport communities are committed to correcting the social imbalances that so clearly exist amongst their ranks. While the initiatives are long overdue, the old saying of ‘Better late than never’ most certainly applies.

So far so good, but is motorsport doing enough to correct past imbalances, or is lip-service being paid?

Last week the FIA World Motorsport Council confirmed Formula E’s 2021 calendar, saliently the electric racing series’ first as a world championship. Of 14 rounds listed, six are to be hosted by European venues – with the England hosting a double-header, as will Saudi – while the Americas are due to share three races. The remaining rounds listed are in China and South Korea, plus a ‘TBC’ in June.

Let’s be totally clear: not a single round will be contested on the entire continent of Africa or – despite the presence of Mahindra on the grid – on the Indian sub-continent. Yet the combined populations of the two regions (2.5bn) make up one-third of the world’s total population (7.5bn), yet FE does see not see fit to contest a single race in one or the other, let alone both.

The TBC round is unlikely to be awarded to Cape Town – despite the city’s application for a round – given the peninsula’s wintry weather in June: last week it snowed amid gale force winds, while India’s monsoon season is accepted as starting at end-May, continuing to September. Morocco could well tick the Africa box, but the country has an on-off motorsport history, so don’t hold your breath.

It wouldn’t be fair to single out the FIA for the lack of diversity in its calendars. The commercial rights holders of its championships contract the venues, and current FIA president Jean Todt has demonstrably pushed for equality across the full membership. Nor should Formula E be singled out, for other FIA series have clearly been equally reluctant to embrace Africa or India.

The former hosted F1 grands prix only during South Africa’s apartheid era, while India hosted F1 rounds in 2011-13 before the plug was pulled. In April the Buddh Circuit outside Delhi was used as a Covid-19 quarantine station for migrant workers, but remains usable. Africa’s only FIA world champion remains Jody Scheckter, who raced under an apartheid-era flag.

There were plans to host an F1 fan fest in South Africa in March this year as precursor to a return to Kyalami, but these were cancelled due to Covid-19. The fact, though, remains that Liberty’s priorities are a race in Miami (making it two in the USA and four in North America), second event in China and a race in Saudi Arabia – the latter being the third in the Middle East. Then comes Africa, while India does not appear to be a return target.

Perusal of every single karting world championship venue since 1964 shows that rounds across all classes and categories were contested on every continent save Africa with a single exception – a round of the 1984 250cc class was contested in Pretoria, at the height of apartheid. Yet karting events are the sport’s nursery slopes.

Rally fans point out that World Rally Championship has a confirmed 2021 round in Africa – this year’s edition having fallen prey to the pandemic – but the event last featured as a world championship round in 2002 before being dropped. Don’t laugh, but allegedly the roll-on/roll-off vessel used to ferry WRC hardware was unable to off-load in Mombasa due to docking problems, so the event was scrapped. Even the Dakar, an event named after the capital of Senegal, has now moved to Saudi Arabia.

Whatever, over the past 20 years the total of FIA world championship events hosted by Africa and India across all series – F1, WEC, WRC, FE, WRX, and WTCC – can be counted on the digits of both hands, while Europe stages more championship rounds annually than have both regions since the turn of this century, while the Middle East has hosted more grands prix since 2004 than Africa and India have in the 70-year history of F1.

The reasons for this will come as no surprise: Profits ahead of principles, dollars before diversity. Until their series feature more equitable calendars that take in all corners of the globe, the use of the term ‘world championship’ is arguably a misnomer.