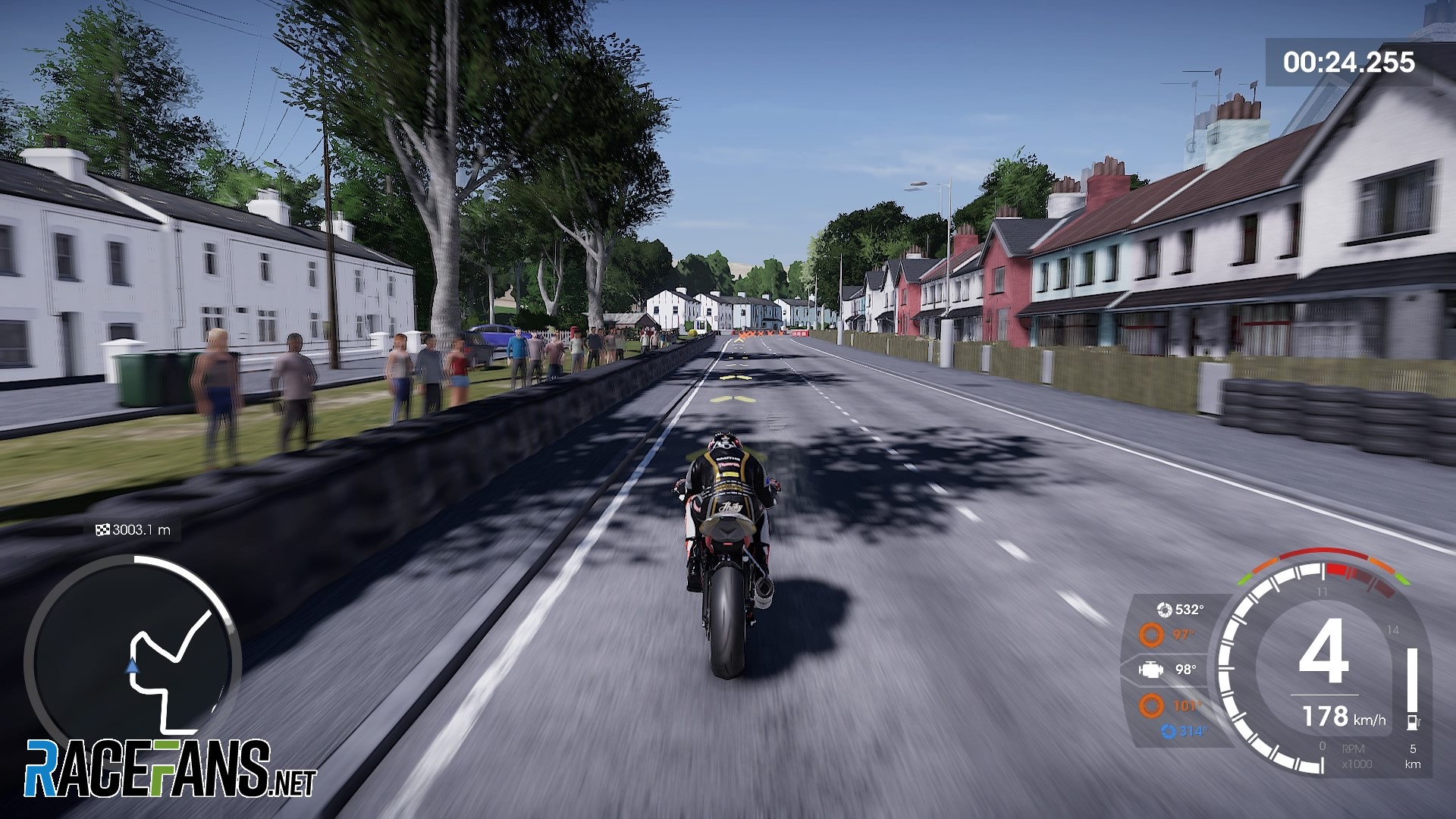 The Isle of Man Tourist Trophy, one of the world’s most spectacular – and deadliest – motorsport events, should have taken place earlier this month.

For only the second time since the end of the Second World War, there will be no TT races around the island this summer – another victim of the Covid-19 pandemic.

With no real TT action for fans to enjoy, developers Kylotonn can at least offer PlayStation 4, Xbox One, Nintendo Switch and PC gamers an opportunity to take on the legendary road race challenge virtually with TT Isle of Man 2: Ride on the Edge. Is it worth a look – even for those unfamiliar with the daunting course, almost three times longer than the infamous Nurburgring Nordschleife?

One of the best ways to describe TTIoM2 is as the most uncomfortable racing game you’ll ever play. Not just for its deeply punishing and challenging difficulty, but because with every inevitable mistake you’ll make, it’s hard not to flinch at the thought of what the real-life consequences would be.

TTIoM2 allows you to experience every adrenaline-fuelled corner, every heart-stopping bump of the fabled Snaefell Mountain Course in its entirety. The full 60km circuit is here at your disposal, from the downhill plunge to Bray Hill, to the tight right hander of Parliament Square and the Mountain Road as it winds through the stunning rolling hills.

The fact that Kylotonn have successfully recreated the largest road course still in use today in such fidelity is an achievement in itself. TT enthusiasts will love to see the circuit’s famous landmarks blur past, while Isle of Man rookies will struggle to believe that racing actually does take place on a circuit with as many raw hazards as this.

Whether racing against AI riders over up to six laps – the length of the prestigious Senior TT – or just alone against the clock in Time Trial, the circuit itself is the centrepiece of TTIoM2. Taking your pick from Supersport class bikes, more powerful Suberbikes or a handful of classic rides, you can take on the full circuit or choose to concentrate on one of 15 or so subsections of the course that developers have handily provided.

Handling-wise, TTIoM2 may not be a full-on simulation, but if you’re new to motorcycle racing or even just motorcycle games, there is zero margin for error offered in the game. Even with all riding assists on and the dynamic racing line to guide you – and absolute must if you aren’t already deeply familiar with the layout – you’ll find yourself falling off or crashing if you touch a kerb, lean too far in corners or even crest a hill using the wrong line.

That may make the game sound like anything but a fun time. But thanks to its decent handling model, you’ll rarely feel a mistake is anything other than your fault. And with no rewind feature in this game, you’ll have to learn to err on the side of caution at all times.

The game is brutally difficult because this form of racing is brutally difficult. It’s one thing to misjudge your braking point for Ballaugh Bridge, crash into The Raven pub and lose ten seconds respawning in the game. It’s an entirely sobering thought to remember that a similar accident in 2014 resulted in veteran rider Bob Price losing his life.

When you start to learn the labyrinth of twists and turns and begin committing more and more, however, you really do get to feel just a small piece of what must keep these brave souls returning to the island year after year. It feels like the satisfaction of nailing a stage in DIRT Rally combined with the joy of Milestone’s MotoGP series.

TT enthusiasts will appreciate the real-world bikes and riders to race as, from legends like John McGuinness to young upstarts like Davey Todd. It’s good to see the sport of motorcycle road racing being treated with the respect it deserves in a game of this calibre.

But there is more going on here than just one course. TTIoM2 features a decent-sized career mode that allows you to embark on a road racing career as your own avatar. Starting off by signing a contract to race a Supersport bike, you fight to earn the signatures of recommendation in the Irish Championship required to be able to compete in the Senior TT itself.

There are 17 additional, fictional, road circuits here, set in the Republic of Ireland, Northern Ireland and Great Britain. Races can be time trials against the clock with opponents setting off at staggered times like the TT itself, or traditional mass start races.

The career mode does a commendable job of representing the raw thrills of road racing, but it has flaws. There’s no practice or qualifying for races, meaning you’re simply thrown in blind onto a challenging circuit with no way of knowing how to prepare for corners without using the racing line assist or having prior knowledge of the course.

The fact that all the tracks in TTIoM2 are road courses as opposed to permanent race tracks is certainly a novelty, but it means these extra circuits are often no more forgiving than the Isle of Man itself.

Do well and you can earn the ability to buy upgrades for your bike, move teams and categories until you’re eventually taking on all six laps of the Senior TT itself – what must be one of the greatest single-player challenges in the long history of racing games.

With minimal rider and bike customisation and small idiosyncrasies like the lack of practice time, it’s not the greatest career mode available. However, there’s enough here to feel like you’ve got your money’s worth, even if you spend the majority of the time with the game trying to master the Isle of Man course.

Graphically, TTIoM2’s image quality can’t hold up against the likes of Gran Turismo Sport, Assetto Corsa Competizione or the many other racing games available on console.

The lighting and general colour palette of the game does a great job of reflecting how beautiful the Isle of Man is and you’re treated to some quite dramatic views of the surrounding countryside as you blast down the straights and under the canopy of trees shading the track. But, due to the technical realities of rendering a circuit of this unmatched scale on current-gen hardware, you’ll often notice objects popping in in the distance and there’s an overall lack of sharpness to the game when compared to its peers.

Perhaps the biggest challenge for consoles is that the game runs at 30fps with some occasional dips during some of the busier parts of the circuit. It’s not enough to ruin the experience by any means, but it makes you long to see how much better performance could be on the upcoming next generation of consoles.

It’s tempting to say that only TT fans will get the most out of TTIoM2, but that cliche doesn’t feel entirely true in this case.

Yes, motorcycle enthusiasts will certainly appreciate the chance to tackle the most legendary course in their sport from the comfort of their own home, but if you are only lightly familiar with the mystique surrounding the TT, then TTIoM2 is a fantastic way to be introduced properly to the most remarkable race in the world.

Expect to have your ego bruised often. Expect a truly unique racing experience. And expect to develop an even greater appreciation for those few who risk it all to challenge motorcycle racing’s ultimate test.

TT Isle of Man: Ride on the Edge 2