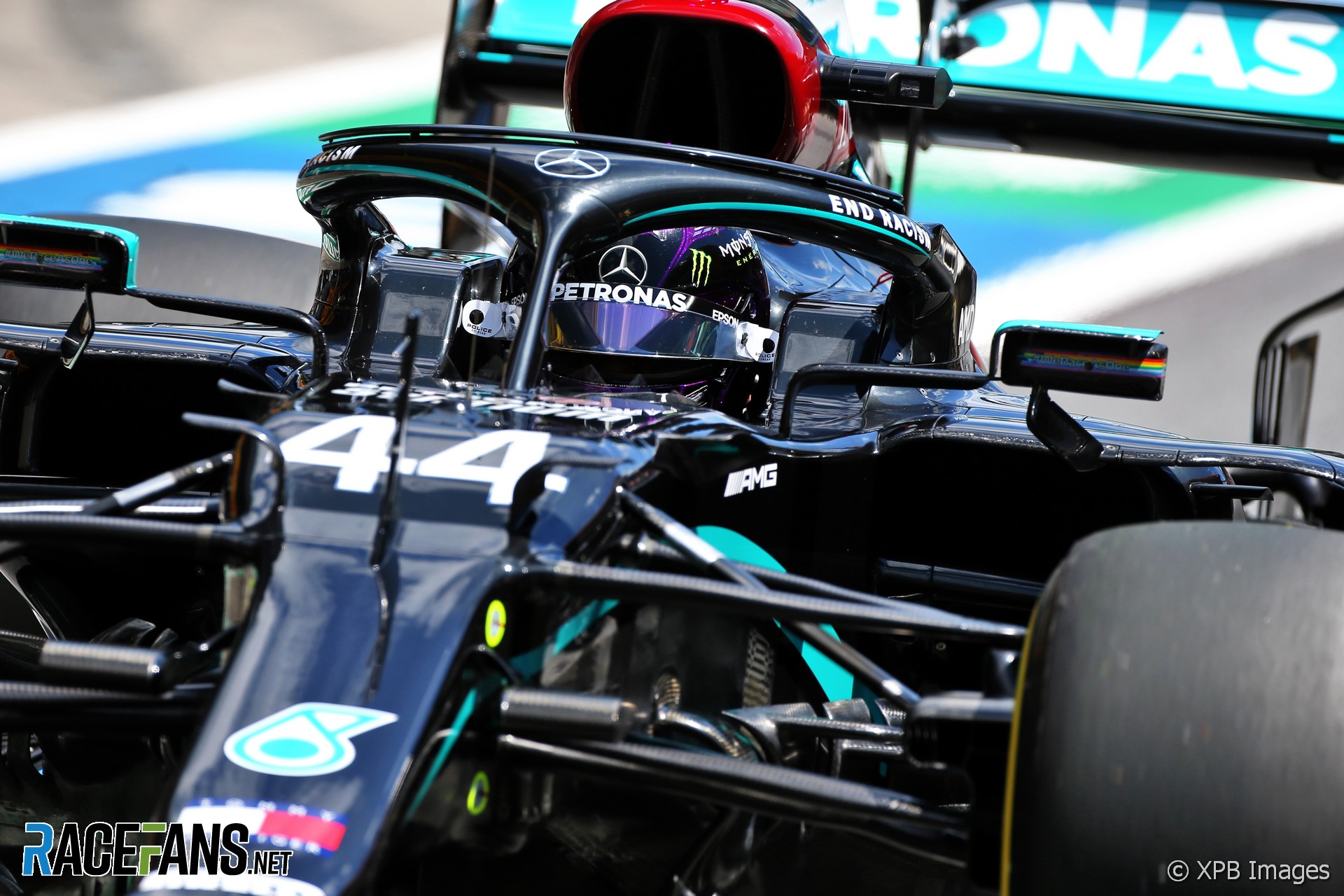 Three-and-a-half hours after the chequered flag fell on Saturday’s qualifying session, the stewards announced Lewis Hamilton had been cleared of failing to slow down under yellow flags at the end of Q3.

Barely 40 minutes before the start of Sunday’s race, the stewards announced they’d changed their minds. Hamilton was slapped with a grid penalty, and teams shuffled their hardware on the dummy grid as the number 44 Mercedes was shunted back three spots while Max Verstappen, Lando Norris and Alexander Albon all moved forwards.

Why did the stewards change their verdict, and why did it take so long? Events were set in motion just after midnight local time at the circuit, when Formula 1 published 360-degree video footage from Hamilton’s car on social media.

This proved valuable new evidence for Red Bull. A technical glitch deprived viewers of footage from Hamilton’s regular onboard camera on his final Q3 run.

“After it was pointed out to us on social media that there was a different camera angle, the 360 [degree] camera showed very clearly there was a yellow light box that had been driven through,” said Red Bull team principal Christian Horner.

Late last year, Max Verstappen lost pole position in Mexico for failing to slow for a yellow flag (which, coincidentally, was also triggered by Valtteri Bottas).

“It only seemed consistent with Mexico,” said Horner. “So we asked the FIA to have another look at it. They said they hadn’t seen that footage previously. So for whatever reason, they hadn’t had the access or hadn’t looked at that camera.

“Having looked at that, and reviewed it, it then became a very clear decision for them.”

FIA race director Michael Masi admitted the stewards “didn’t have onboard footage from Lewis’s car” when they made the original decision.

“When we were made aware [on Sunday], quite late in the piece, by Red Bull that there was some additional new evidence available.”

The 360-degree format footage involves too much data for footage to be streamed from the cars, so it is downloaded from them between sessions. Masi said the FIA has spoken to FOM about how it can access the material more readily in future.

“Obviously, it’s not something it’s available live due to bandwidth,” he said. “It needs to be downloaded off the car, processed, et cetera.”

Under F1’s right of review rules, the new material had to be submitted by an interested party – e.g. a rival team – in order for the original investigation to be reappraised.

“There’s been some misquotation that it was a ‘protest’ from Red Bull. It wasn’t actually a protest. It was a question that they raised of: ‘Is this a new and significant element?’

“Which is why there was actually two separate decisions. That’s why the first decision is: Is it a new and significant element? The stewards determined that, yes, it was.

“Then, obviously, they went into a hearing as a result of that and determined that, effectively, if they’d had that footage [on Saturday], they would have deemed and came to the same decision they did prior to the race.”