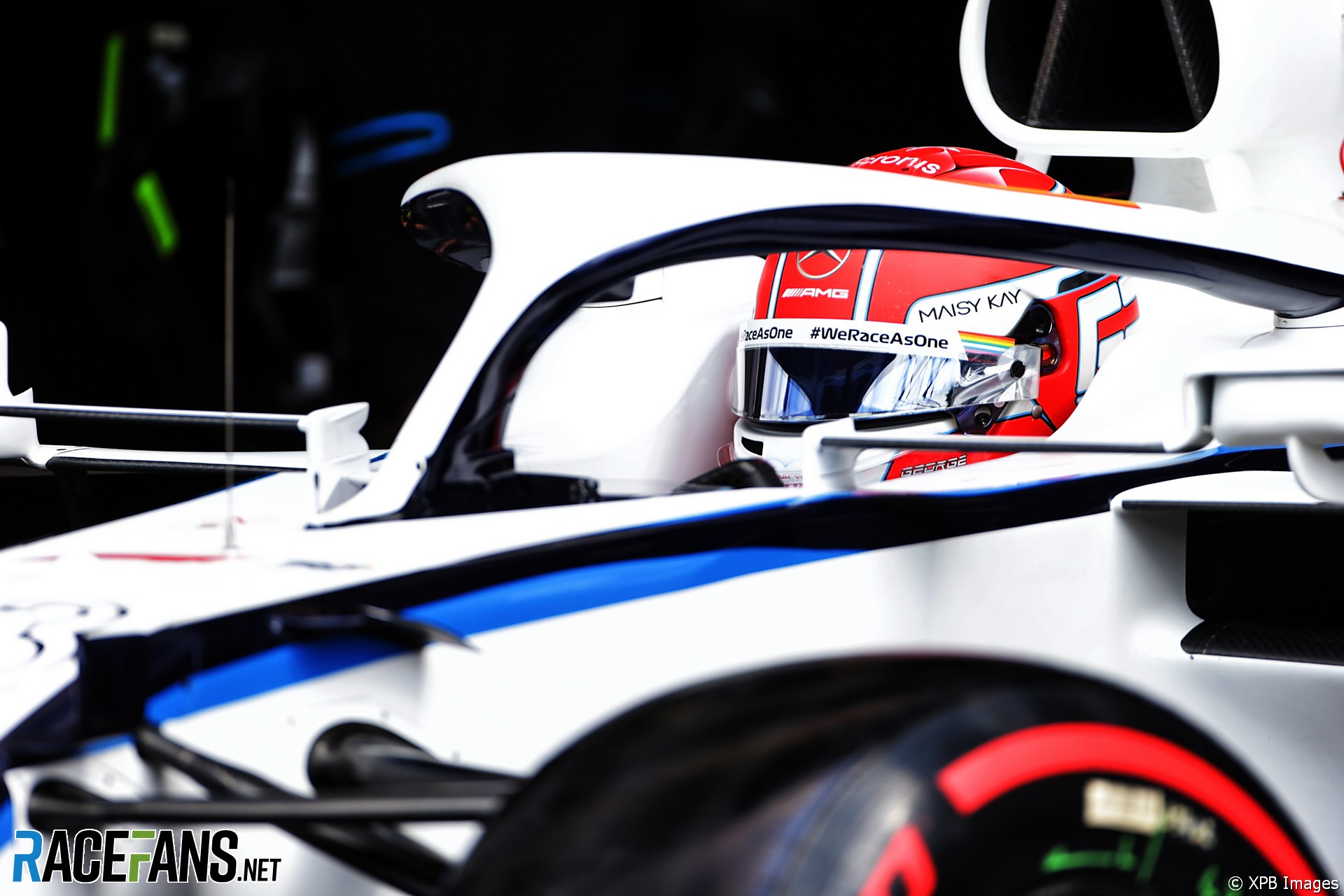 George Russell was thankful for Formula 1’s Halo driver protection system after colliding with a wheel which came off Antonio Giovanazzi’s Alfa Romeo during the Belgian Grand Prix.

Giovanazzi lost control exiting Fagnes on lap 11 and collided with the barrier. His car and a loose wheel from it rebounded onto the track into the path of Russell’s Williams. Unable to avoid it, he crashed into the wheel and hit a barrier on the other side of the track.

While the wheel did not strike Russell’s Halo, the Williams driver says the experience made him glad it was there.

“I saw Antonio hit the wall and I managed to have a second to decide whether to go left or right,” explained Russell. “I think suddenly he got flicked over by one of his rear wheels and that launched across and hit my car.

“So I’m thankful for the Halo, because obviously I know in hindsight, even if that was headed towards me, I would have been safe. So we’re all very lucky just to have that system.”

The wheel broke free from Giovanazzi’s car despite being attached to the cars by tethers, which have been strengthened in recent years. Russell believes more work can be done to help prevent similar accidents in the future.

“I actually find it more surprising how it doesn’t happen more often,” says Russell. “The amount of force you hit the barriers at, you need something incredibly impressive to be able to hold it on. And obviously, that’s what we need to work towards.

“Obviously, I was unfortunate for the hit my car today, but that could hit a marshal or somebody in the crowd, if there were crowds there today. So that’s the most important thing.

“Year on year, Formula 1 is taking massive steps in safety. And from every incident, you learn the limitations. It’s just something that needs to be improved.”