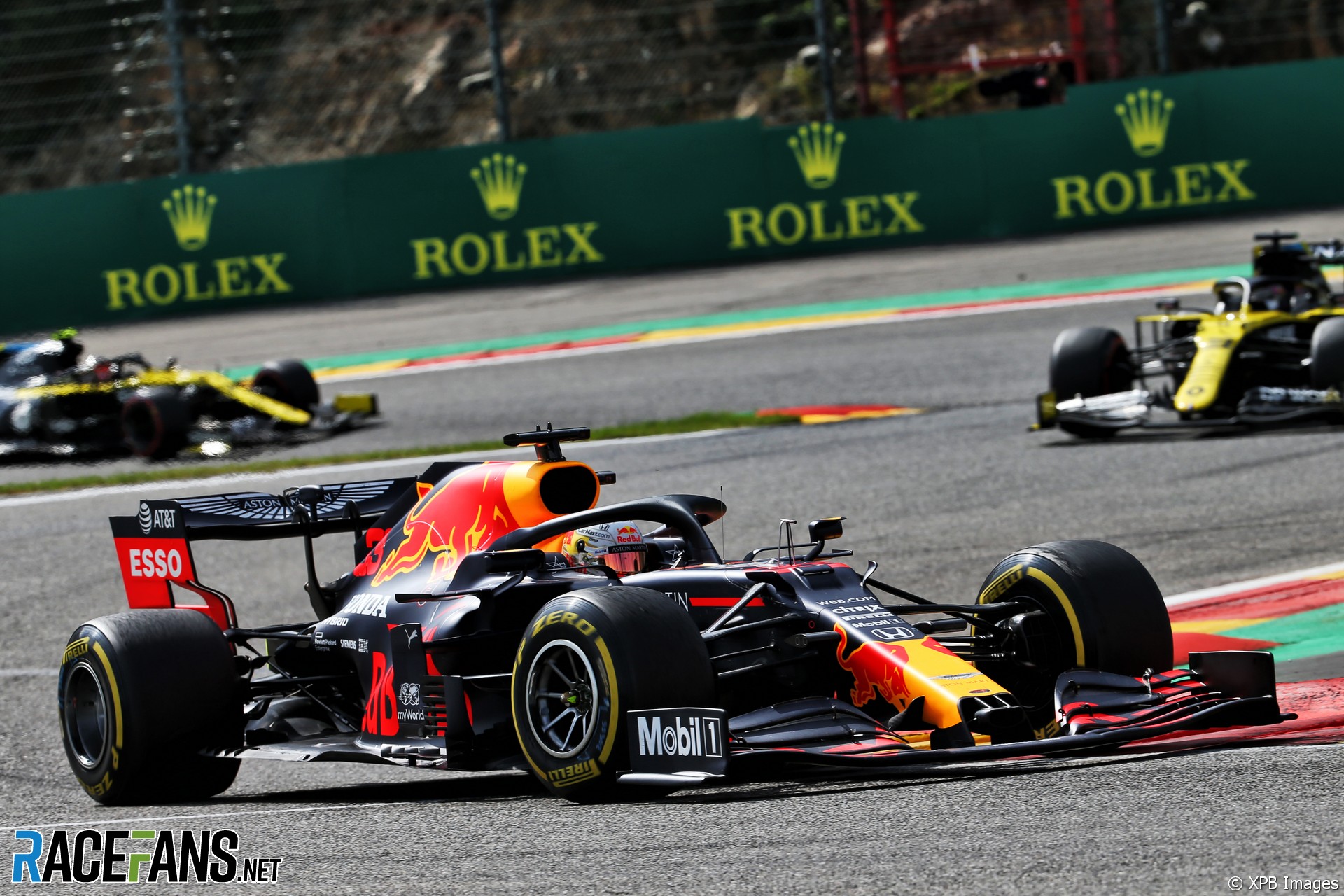 Max Verstappen said it was a “shame” to come to an “amazing track” like Spa and have to spend most of the 44-lap race managing his tyres.

The Red Bull driver and fellow top three finishers Lewis Hamilton and Valtteri Bottas said they spent most of the Belgian Grand Prix managing their tyres to ensure they completed the race distance making only the single mandatory pit stop.

“On the hard tyre I was trying to follow Valtteri, but then they told him to speed up, so then I lost a bit of ground,” Verstappen explained. “From there, at one point with like 10 laps to go I started to have really bad vibrations on the tyres and then I started to have a lot of understeer.

“So then we discussed do we do a pit stop but I had Daniel [Ricciardo] in my pit stop window so I said ‘let’s just go to the end then and I’ll just manage it’.

“It’s a shame, it’s such an amazing track and then you can’t really push. So it was pretty boring, to be honest. It’s a shame, I really enjoy driving here and honestly we did 44 laps so we probably didn’t like 38 of them managing a lot. So it’s not been the most exciting today.”

All three podium finishers had to contend with a loss of tyre performance in the final phase of the race after running for 33 laps on the hard compound tyres after pitting earlier than scheduled under the Safety Car.

“It’s a medium-high speed circuit, so there’s a lot of force that goes through these tyres. And, you know, they allow us to do these one stops. Ultimately we lose so much time in the pit stops. It isn’t that exciting to have to manage to go the distance every time. It’s not something I particularly enjoy.”

“They let us do one stop and then also the cars, you know. It’s so hard to follow,” explains Verstappen. “So I think both of them just makes you really push for that one stop.”

10 comments on “Verstappen frustrated by “boring” race despite “amazing track””