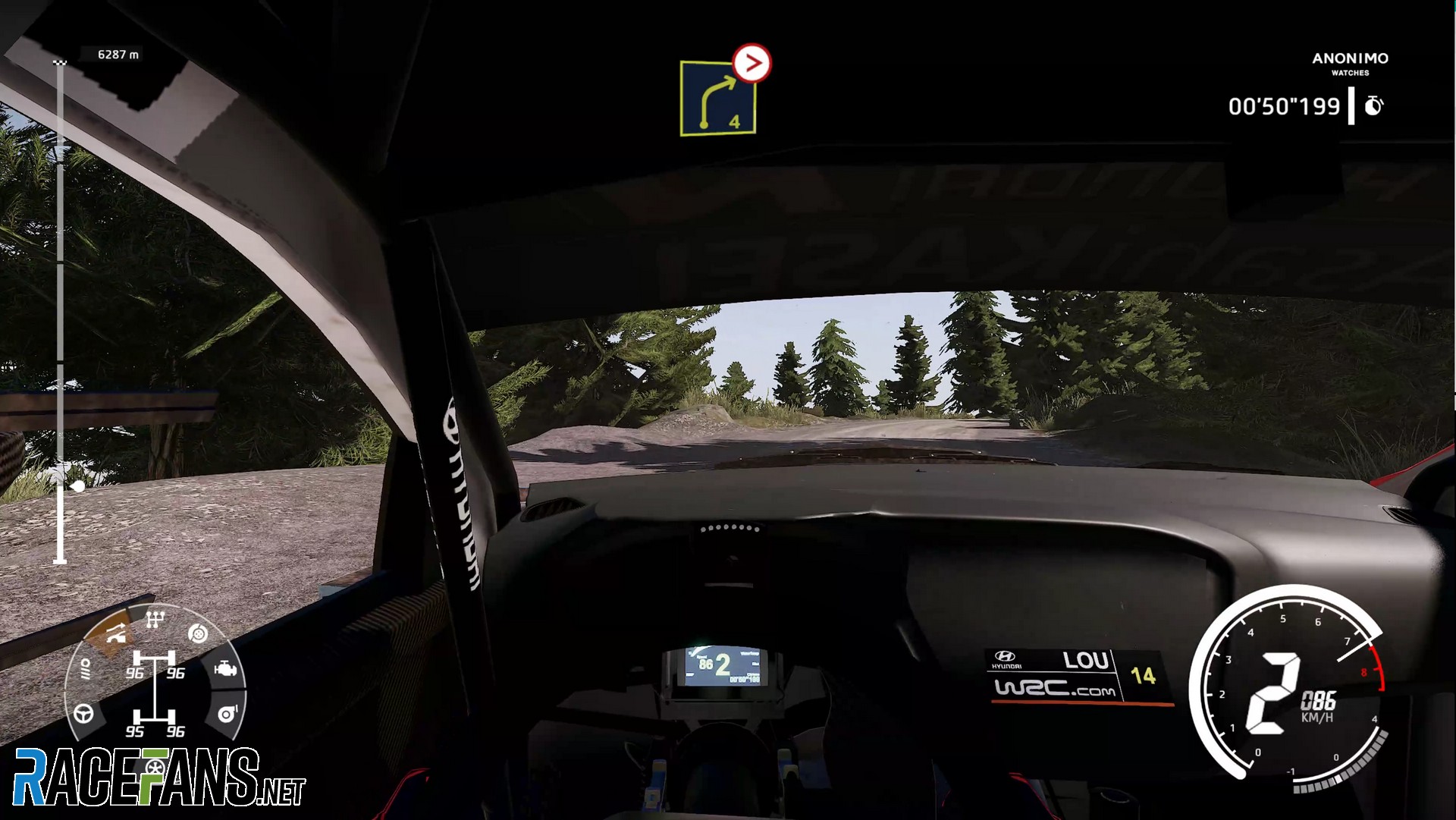 Another year and another officially-licensed WRC game pulls up to the marshal’s post with its engine bouncing off the limiter, waiting to drop the handbrake the moment the countdown hits zero.

The series may not have quite as high a profile as Codemasters’ Dirt franchise, but after last year’s WRC 8 further proved that Kylotonn know how to make a solid rally game, how does this newest entry compare?

As was the case with F1 2020, WRC 9 offers players a chance to experience the 2020 World Rally Championship as it was supposed to be, before the global pandemic threw a spanner in the works.

From all the cars, teams, drivers and co-drivers of the World Rally Championship, WRC2, WRC3 and WRC Junior categories, the full 2020 roster is here to race as or race against.

All of the originally scheduled events are represented, including the celebrated return of three iconic rallies to the calendar – Rally New Zealand, the Safari Rally in Kenya and Rally Japan.

One of the most exciting aspects to this year’s game is that sees the series taking a full-throttle leap onto the next-generation of consoles with a confirmed full release on both PlayStation 5 and Xbox Series X/S before the end of the year.

More than simply being backwards-compatible, a fully-optimised version of WRC 9 will be released for the new consoles following their launch in a matter of weeks. While full details haven’t yet been announced, it has been confirmed that PS4 players who buy the game digitally will be able to upgrade to the PS5 version for no additional cost. A far more generous offer than many games publishers are offering with their cross-platform releases.

Whatever version of WRC 9 you play, you’ll find a challenging and rewarding rallying game waiting for you to ring its neck.

Cars handle authentically, meaning that if you’re brand new to rallying, you’ll definitely want to stick to the lower category machines and lean on the driving assists while you get the hang of things.

Compared to last year, cars in WRC 9 feel far more influenced by weight transfer. You have to be very deliberate and precise in your steering, especially around the narrow confines of stages in Germany or Monte Carlo.

Racing through the stages can be a serious test of nerve. You will genuinely feel like you are constantly on the edge of losing control and crashing at times. You’ll likely find yourself erring on the side of caution more often than not in the early stages, as sacrificing a bit of speed is often a better option than the punishment you get from taking too many risks.

The handling tweaks for this year make the use of a force feedback wheel and pedals even more of a necessity. You can certainly play and enjoy WRC 9 with a controller, but the precision and nuance required to truly feel in command of your car is only achievable with proper hardware. Now may be the time to splash out on that Logitech G29 or Fanatec CSL Elite Pro you’ve been promising yourself.

The varying surfaces between rallies also require you to adapt your driving and techniques to suit. The snow-covered roads of Sweden are a world away from Kenya’s rough dirt tracks or the ribbons of asphalt which take you through Japan.

With it being so easy to make a mistake and no flashbacks to bail you out, WRC 9 can be brutal at times – but only if you want it to be. There’s plenty of options to customise the experience to make it more accessible for newcomers to rallying, but you can also ramp up the damage settings to full and switch off the option to restart if you really want to get the adrenaline flowing. It makes the game punishingly difficult, but the satisfaction you get from nailing an eight minute stage is a reward that just can’t be matched in other forms of sim racing.

At the heart of the single player experience is the career mode, which returns in fundamentally the same form as last year. With heavy emphasis on team management, the career mode offers an impressive level of depth to build up your team resources and personnel to help you rise up the ranks to the WRC class itself. There are some minor improvements and streamlining, but if you sank a decent amount of time into last year’s game, you’ll know exactly what to expect from WRC 9’s career mode.

Visually, WRC 9 is solid. The moment-to-moment image quality may not match the likes of Assetto Corsa Competitzione or Gran Turismo, but the lighting and weather effects are genuinely impressive at times. It only makes the prospect of seeing this game on new and improved console hardware even more enticing.

The stage environments themselves, however, are outstanding. The developers and designers really have done a commendable job of crafting complex and challenging stages that truly feel like they navigate through areas where people actually live. The lengthier special stages that can last for as long as 12-15 minutes can traverse multiple areas from cramped residential areas to open country roads to industrial land all in the same stage. It really feels like you’re traversing living, breathing locations, rather than generic plots of land.

With esports being a growing focus for the series in recent years, WRC 9 offers more multiplayer focussed content than ever before. From official competitions to race against the rest of the world to a new clubs feature that allows you to set your own competitions and challenges for you and your friends to compete in, if you love testing yourself against other players, you’ll find something to focus on here.

While there is a lot to enjoy about WRC 9, it’s hard to recommend this brand new release to those who may already own the previous edition of the game. The three new rallies are a highlight, but aside from only a handful of new stages, the majority of stages in the game are recycled from previous versions. That’s to be expected of course – it takes a huge amount of effort to craft such dense and detailed environments after all – but it does take away from the experience if you’re a series veteran and you buy this latest entry only to find yourself racing around many of the same stages you already have for multiple years.

The fact WRC 9’s biggest issue is that it just feels a little too similar to last year’s game reflects the overall quality of the series. If you’ve never tried a rally title before and want to test your skills with a new challenge, you won’t go wrong with WRC 9.

It’s a lot harder to recommend to players who may already own the previous game, although the most dedicated World Rally Championship fans will consider it an essential annual purchase anyway.

At its core, WRC 9 is a challenging and rewarding rally game that is certainly not to be overlooked. With only two more entries to come before Codemasters take over the WRC licence, we look forward to seeing what’s left to come from the series. 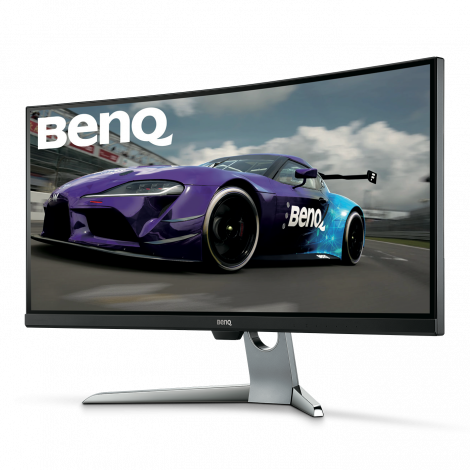 Want to get your hands on a copy of WRC 9 for the platform of your choice – plus a massive, 35-inch simracing monitor to play it on? Ben Q are offering both and giving RaceFans readers extra chances to win.

Use the link below to enter the competition. The winner will be selected at random, but RaceFans readers can use the following code to get an extra 100 entries: 27YC7OZY5T

Buy WRC 9 for Xbox One