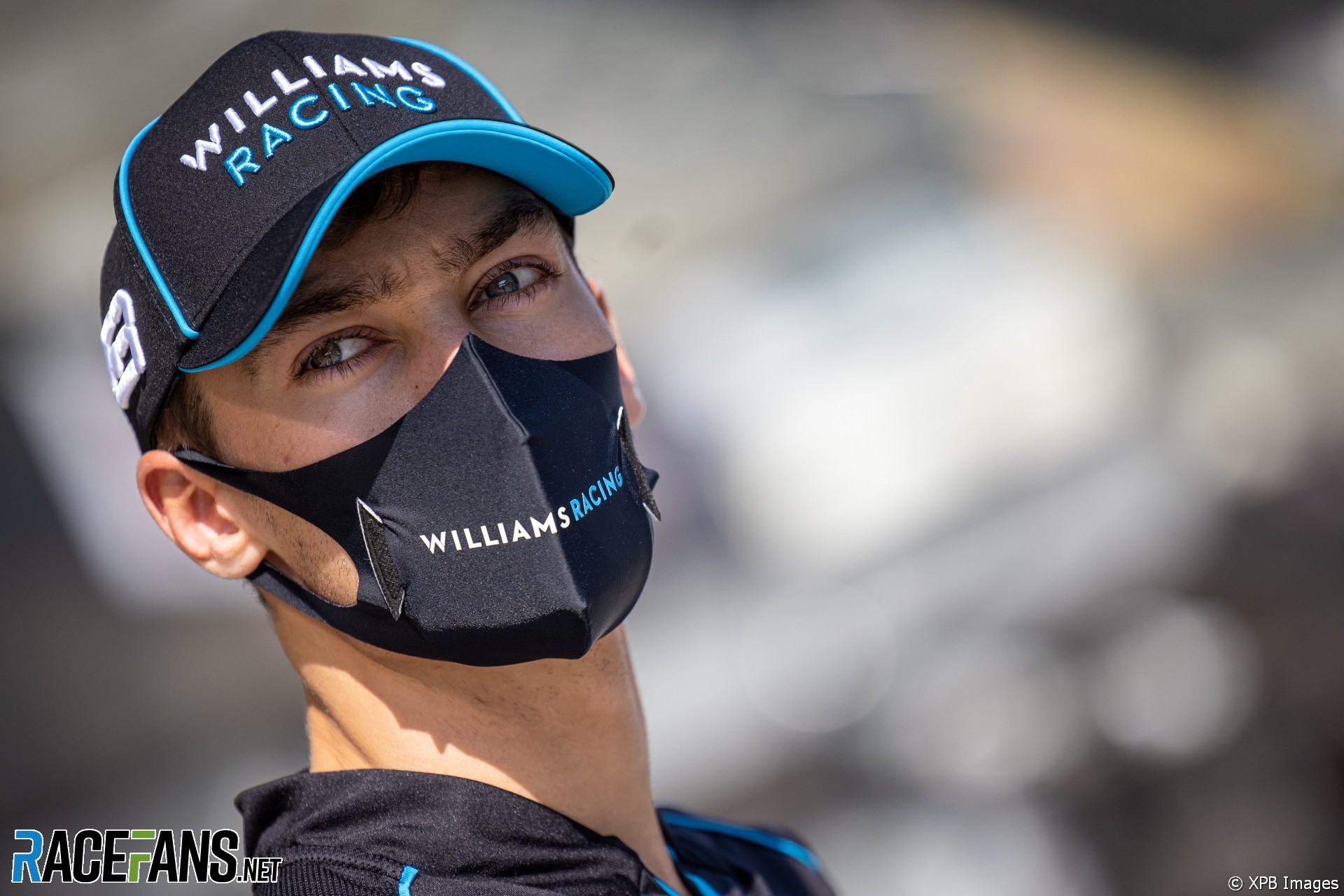 George Russell has dismissed speculation over his future at Williams, saying he expects to remain with the team next year.

The Mercedes junior driver made his debut for the team last year and Williams announced earlier this season he will continue to drive for them in 2021. However reports last week cast doubt on his future at the team following its takeover by new owners Dorilton Capital.

But Russell says the change of owners will not affect his future at the team. “I have a contract for next year,” he said in response to a question from RaceFans. “With the new owners coming in nothing has changed whatsoever from a contractual perspective under the new ownership.”

However Russell admitted he hasn’t discussed Dorilton’s plans for 2021 with them yet. “I’ve actually not spoken to the new owners about it because from my side there’s no concerns.

“There’ll all be here this weekend, I’m sure any air will be cleared but I’m not concerned and I’ll be on the grid next year with Williams.”

“There’s obviously always speculation,” Russell added. “I guess the media like to build a lot up.

“It’s understandable there’s speculation because there’s so many great drivers who are available fighting for a place on the grid now with Sergio [Perez], both the Haas guys, [Nico] Hulkenberg as well. So there’s always going to be speculation. Unfortunately in Formula 1 there isn’t necessarily always space for everyone who deserves to be here.”

Russell said he will discuss his situation with Mercedes if needed. “I’m in contact with the guys at Mercedes weekly, we’re always staying in touch. I feel in really privileged position to have their full support behind me and long-term I think I’m in a great position.

“If it really comes to that obviously I’ll be speaking to them but sitting here right now I have no reason to be concerned.”

The arrival of new owners at Williams is a reason for optimism about the team’s future, Russell believes.

“There’s probably even less concern for me now that we do have new owners in place who are investing massively into the company which is really exciting. They’re focused on bringing new, exciting talent into the team and the financial worries that may have been around in the team in years gone by are no longer there.

“Obviously Formula 1’s a very expensive sport but with the new investment, new owners around it, it’s really exciting. And already seeing glimpses of what they’re doing, being part of that over the past 18 months and the direction we’re heading in, it’s a really exciting time. Not only for them, but for me to have gone through the struggles of the past 18 months and to be part of that journey into 2021 to hopefully propel the team realistically, in the best case scenario, into the midfield battle.”

Russell’s team mate Nicholas Latifi said he is also secure in his future at the team.

“Like George said, we have a contract and just because the team is under new ownership now doesn’t really change anything on that front so I’m not concerned at all. I have a contract with the team for next year and I’m confident I’m going to be on the grid next year.”

14 comments on ““I’ll be on the grid next year with Williams”: Russell dismisses speculation over his future”