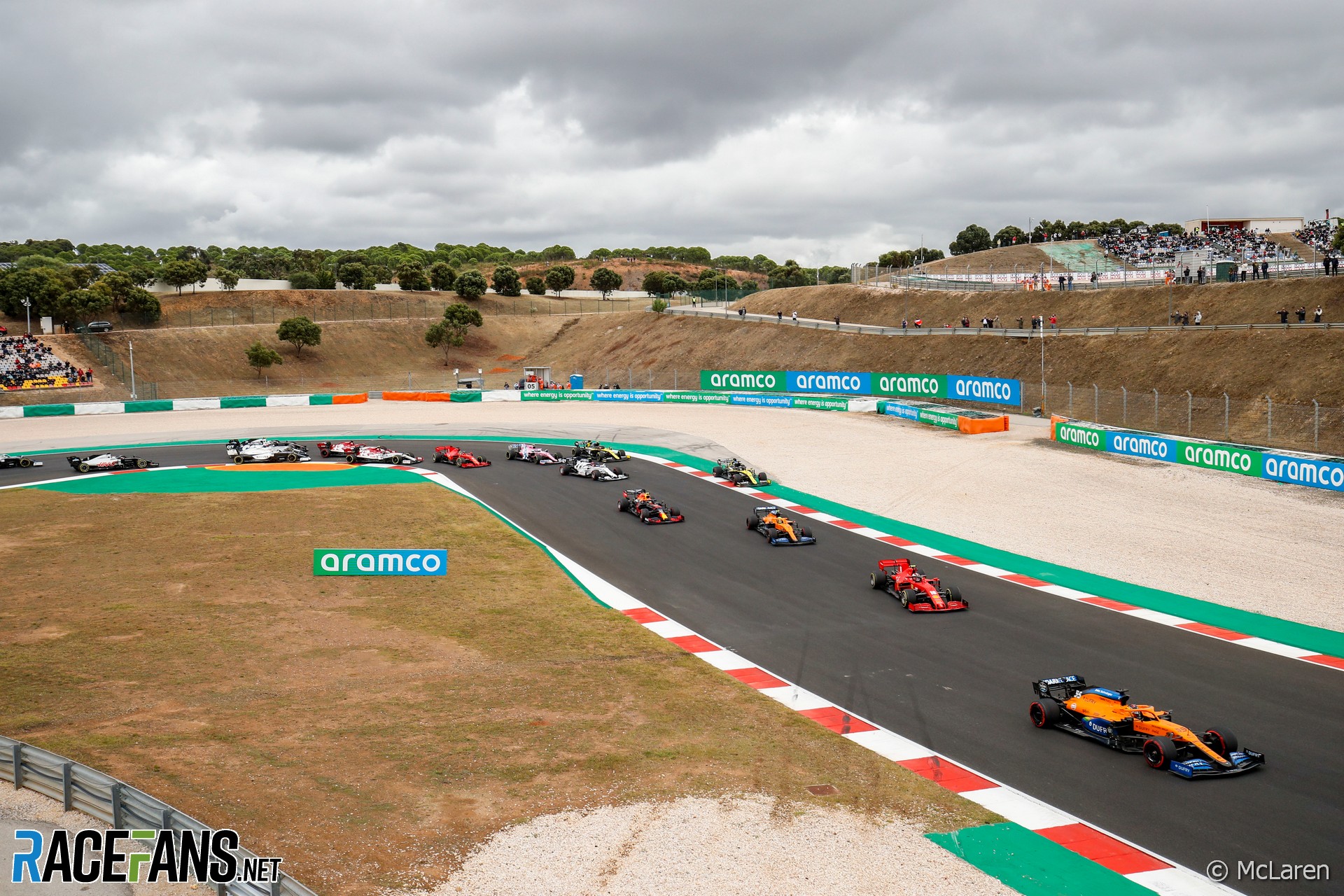 Carlos Sainz Jnr says that his World Rally Championship-winning father “would be proud” of his start on a slippery track at the Portuguese Grand Prix.

The McLaren driver took advantage of treacherous conditions as rain fell at the start, using his soft tyres to move up at the expense of those ahead who found it difficult to increase the temperature of their medium rubber.

He moved up from seventh on the grid to second on the opening lap, then passed Valtteri Bottas for the lead of the race.

“It was exciting,” said Sainz. “I’m really happy with those opening laps. I think my dad would especially have been happy with the rally skills.

“I saw the rain coming down a bit. I decided to really put a lot of emphasis into warming up the tyres on the formation lap. I think that gave me a bit of an edge on my competitors. I think my dad would be proud of those as he always says you need to shine in those conditions.”

Despite his exceptional start, after four laps at the head of the field Sainz began to fall down the order as his soft tyres faded. A late pass on Sergio Perez ensured he finished sixth.

“We started graining massively and we started going backwards,” he explained. “So from there on, it was the tale of the last few races: Struggling with the front tires quite a lot with a graining. It’s a shame, but it is what it is.”

While sixth place saw McLaren increase a slim margin in the constructor’s championship over Renault, Sainz says he would have wanted a better result given the early pace.

“I guess for the championship it’s not a bad result, but we wanted more,” Sainz says.

“As a team, after leading the race, you at least expect to hold on to fourth. But we didn’t have the pace because of the graining today.”