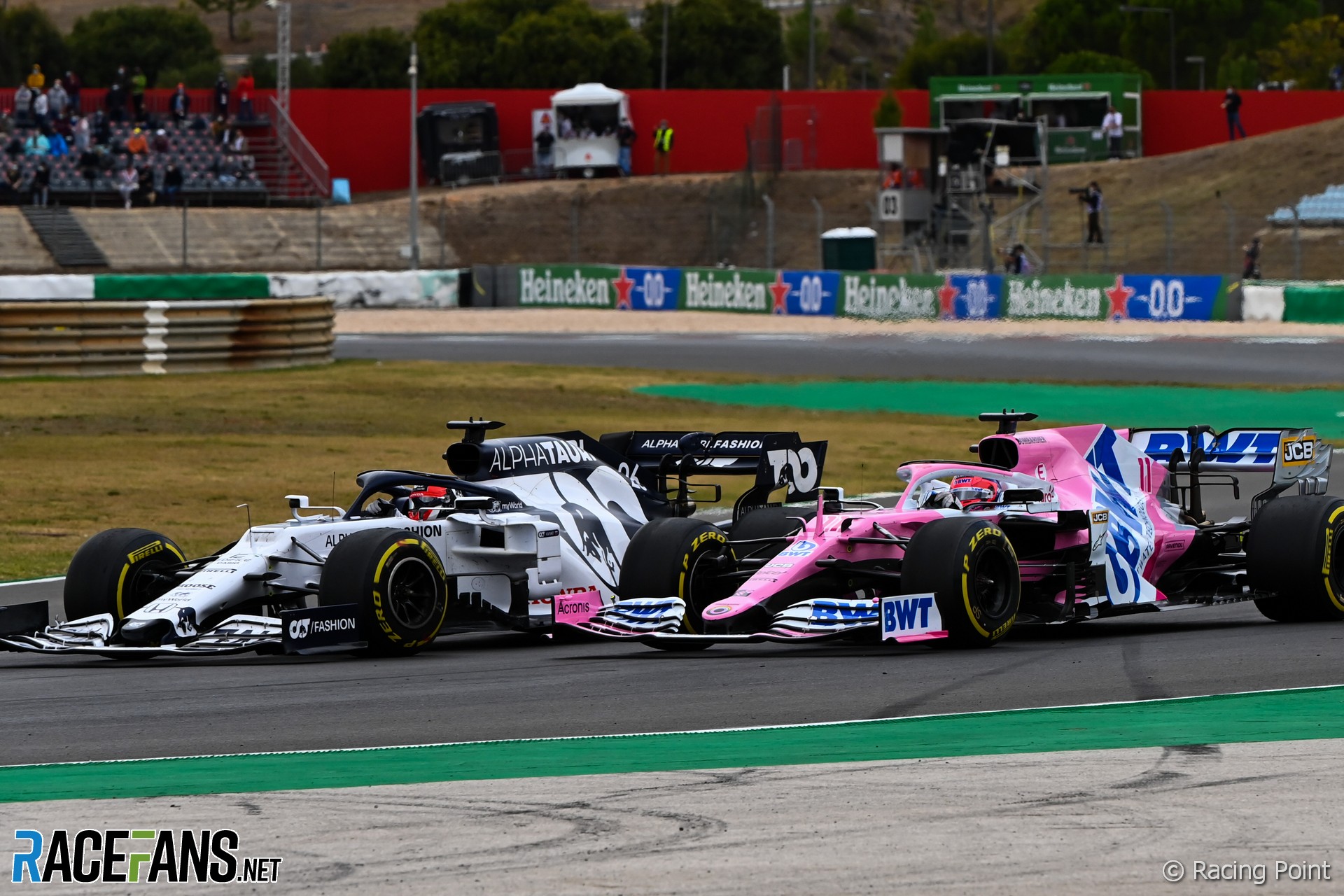 Racing Point are unhappy Sergio Perez has been given his second reprimand in as many days, and will raise the matter at a high-level F1 meeting tomorrow.

Team CEO Otmar Szafnauer said he will put the matter forward at an F1 Commission meeting.

Perez was given his latest reprimand for a defensive move against Pierre Gasly in the latter stages of the race. Szafnauer is unimpressed that his driver was penalised, yet the lap one collision between Perez and Max Verstappen was not even investigated.

“They didn’t touch,” said Szafnauer. “Sergio moved first before Gasly did. Sergio is allowed to make that move in defence. You can’t move twice, but you’re allowed to move once. Gasly got out of the throttle and there was no contact. So why the reprimand?

“On lap one Sergio is hit by Verstappen, who comes back onto the track after being off-track, comes back on acutely in order to get his car in a position so he can have grip again and runs into Sergio, and they do nothing.

“Sergio and Gasly didn’t touch. Isn’t that what the fans want? Hard defending, good racing? If we start reprimanding drivers and punishing them for racing hard but safely, where is that going to take our sport?”

Asked by RaceFans whether he will raise the matter with the F1 Commission, Szafnauer said: “I am bringing this up tomorrow because it’s a big issue.”

Szafnauer pointed out the team’s other driver, Lance Stroll, was taken out on lap one in the Russian Grand Prix four weeks ago in another incident the stewards did not investigate.

“You’ve got to look at a collision,” he said. “The Gasly-Sergio thing was not a collision, it was a good, hard defending. And you punish that but then when somebody does collide, you don’t do anything?

“That’s two times in a row – I don’t know if you saw Leclerc and Lance, it was a very similar thing. You cause a collision and then nothing.”

Perez received his first reprimand of the year 24 hours earlier, coincidentally for another incident involving Gasly. If he collects a third before the end of the season he will receive an automatic 10-place grid penalty.

“Sergio in his whole career has never been reprimanded ever,” said Szafnauer. “He’s got two this weekend.

“One of which was in qualifying where he made a mistake in one of the sectors, didn’t realise Gasly was on a fast lap behind him, got out of the way but not quickly enough: Reprimand. Well, Gasly got through Q2 into Q3, it didn’t cause him any harm: Reprimand. You saw the other incident: Reprimand.

“Now for the rest of the season, he’s got to drive like a saint. He’s not going to be able to fight hard because there is a risk of a reprimand and then you get a 10 grid place penalty. So I think that’s quite harsh. You may not think that reprimand was harsh, but it is.”