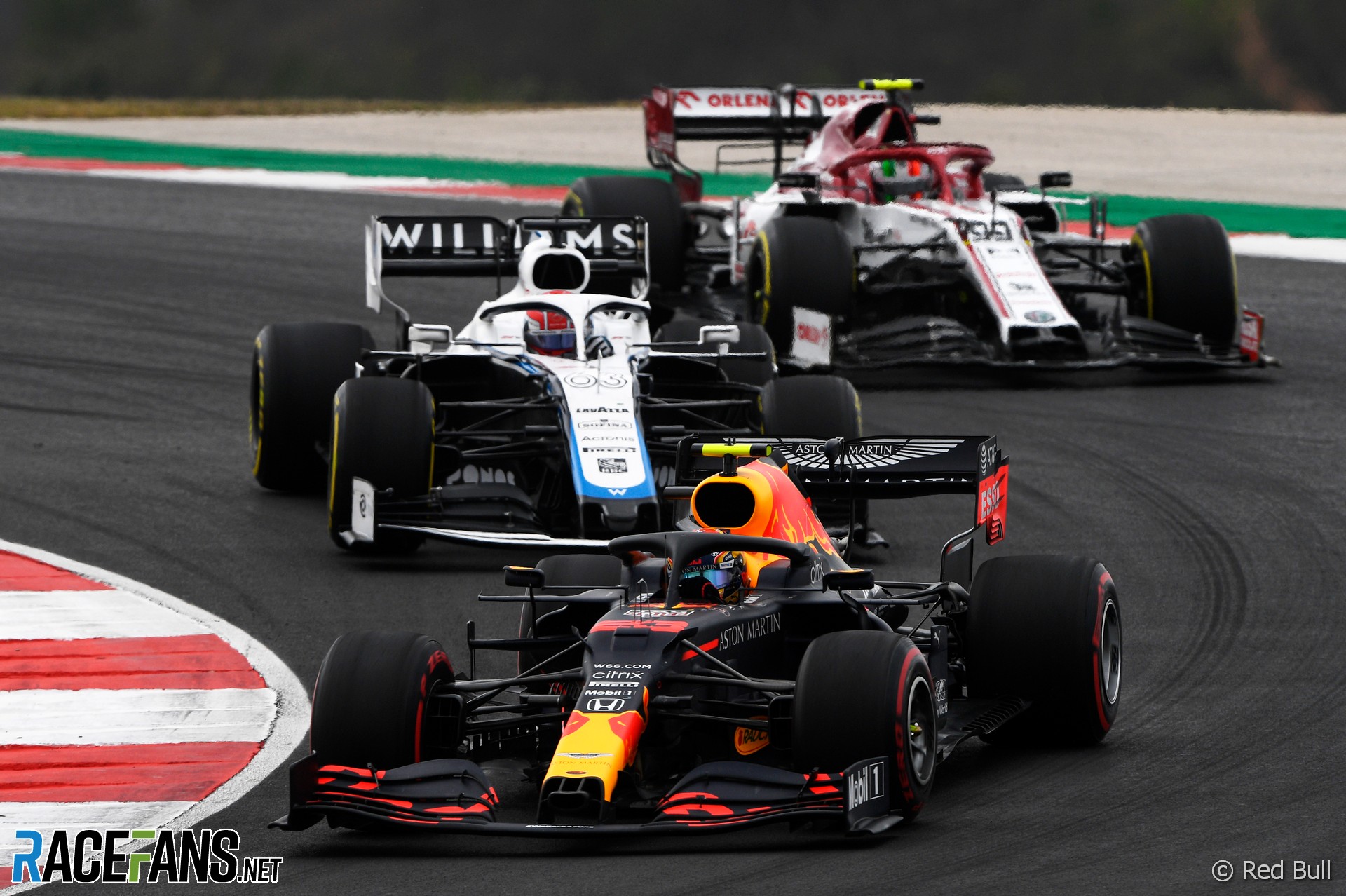 Red Bull will not replace Alexander Albon in its line-up before the end of the year, despite his difficult season continuing in the Portuguese Grand Prix.

Prior to today’s race team principal Christian Horner said Albon needed to perform well at the Algarve circuit and next weekend’s round at Imola to secure his place at the team for next year.

But Albon came in 11th and was lapped by team mate Max Verstappen during the race. Albon failed to score and is now almost 100 points behind his team mate in the championship.

Albon had to make an extra pit stop late in the race because of the state of his tyres. “It was purely a function of tyre wear,” said Horner. “The left-rear was pretty much down to the canvas.

“We started to see it was getting a little desperate. And I think after inspection after it came off, it wouldn’t have got to the end of the race.”

Horner said the team will have to make a decision soon on who will drive for them in the 2021 F1 season.

“There’s not so many races left in the season and it’s getting to that time of year where we need to start thinking about next year, obviously,” he said. “So I think within the next few weeks we’re going to have to make a decision. So obviously we know what all the options are.”

Sergio Perez and Nico Hulkenberg are among the drivers who have been linked to Albon’s seat. Horner said he is not concerned either of them could be signed by rival teams before Red Bull make their decision.

“I think any of those drivers would obviously pick Red Bull as a priority over any other seat so I would imagine they would wait to see what the decision is,” he said.

As Hulkenberg is not currently driving for a team, he could join Red Bull immediately if he was chosen for next year. But Horner said they will not replace Albon before the season is over.

“We’re committed to Alex for this year. Everybody in the team wants him to lay claim to the seat next year.

“He’s a great guy, we believe he does have talent. He’s still only in second year of Formula 1. And it’s tough.