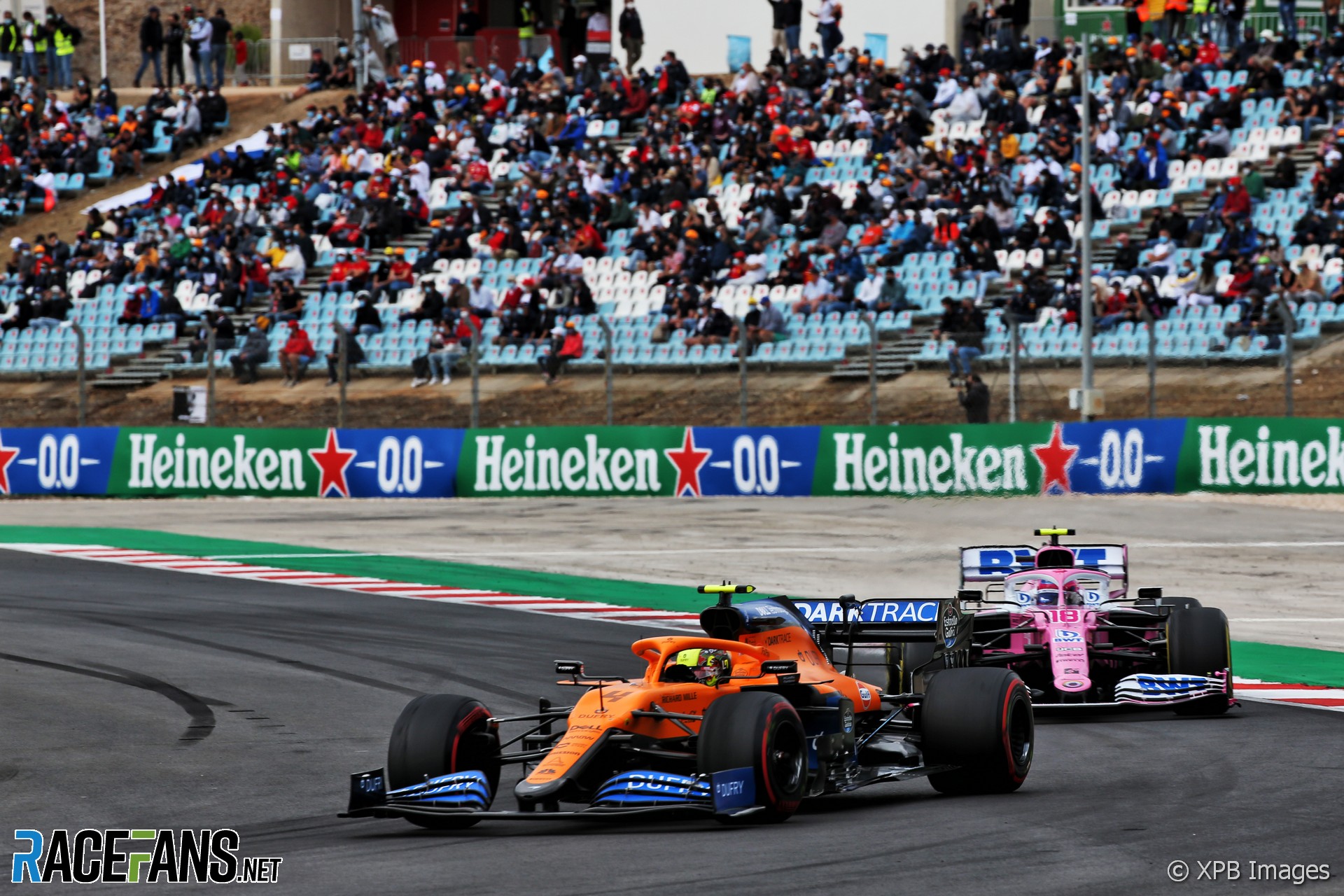 Lando Norris criticised Lance Stroll for the collision between the pair in the Portuguese Grand Prix, but apologised for swearing at him on his radio afterwards.

Stroll was given a five-second time penalty by the stewards and two points on his licence for colliding with Norris when he tried to overtake the McLaren driver on the outside of turn one during the race.

“I don’t know what he was doing, really,” said Norris. “He went to the left, I didn’t know where he was, really.

“He went to the left which I was quite surprised by when he could very easily have gone for the inside. And I was easily halfway alongside he just turns in.”

Stroll had a similar collision with Max Verstappen during second practice on Friday. “He obviously didn’t learn from Friday,” said Norris, “but he doesn’t seem to learn with anything he does. It happens a lot with him so I need to make sure I stay away now.”

Following the incident Norris furiously criticised Stroll on his radio. “What the fuck is this dickhead doing?” he exclaimed. “I’ve got damage, I need to box. I’ve got front wing damage. Cunt.”

Norris apologised for his comments after taking the chequered flag. “I apologise for what I said about Lance,” he said. “I shouldn’t have said the words I did. Just in the moment it was annoying.”

Both drivers had to pit as a result of the collision. Stroll later retired, while Norris finished 13th.

“I think we did a good race,” he said afterwards. “Yes we did struggle in the first stint but so did a lot of soft starters because of rain and killing the front tyres.

“Apart from that I think we pushed hard. We did a good job to try and recuperate but just didn’t have any luck.”