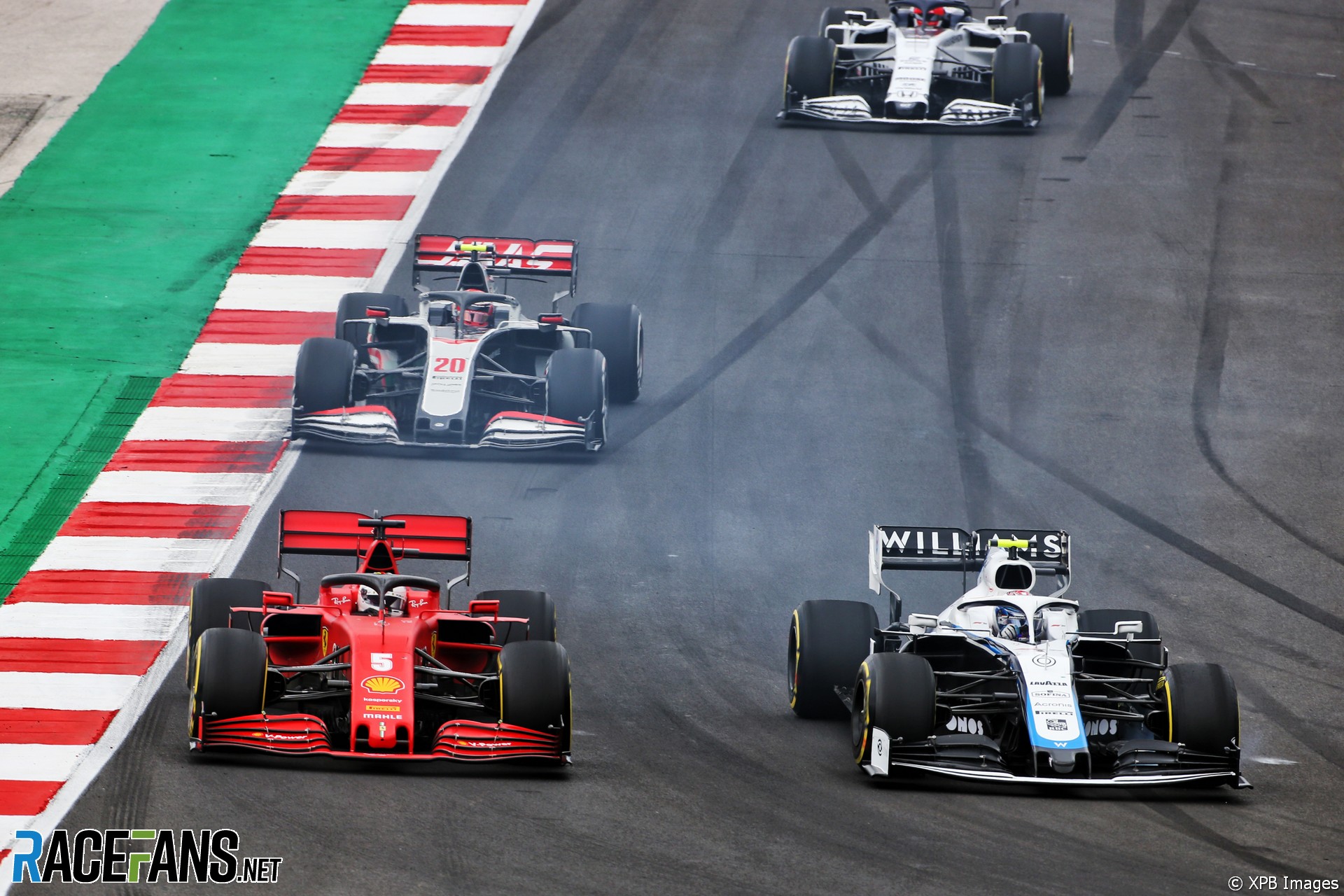 Sebastian Vettel says he trusts Ferrari are giving him the same car specification as his team mate, despite the large gap between them throughout the season so far.

Tthe pair were separated by over half a second in qualifying yesterday. Vettel started 11 places behind his team mate and finished 10th, six places back from the other Ferrari.

The performance was typical of their season. Vettel lies 13th in the points standings, Leclerc fifth. But Vettel is sure Ferrari are giving them the same equipment.

“I have to think that we have the same car,” he said. “I trust the people around me and in the garage.

“I have one thing that is obviously telling me by the stopwatch and by the lap times, and the other one is by my feeling. Feeling-wise I really struggled to get the good laps together, be consistent and feel the grip that Charles is able to feel. So I’m working [on] it.”

Vettel said the lower starting positions he has had at recent races make it harder for him to achieve the kind of results Leclerc can.

“There’s nothing else other than work that will get me out of it. Together with the team around me I’ll try to make the maximum and hopefully we are in a better place next week.

“Obviously our weakness at the moment is the Saturday. On Sunday we are struggling because we are always in the pack and it’s a very difficult race from then and very different. So probably not always the best sort of comparison on Sunday.”

Asked whether he felt the Ferrari’s characteristics do not suit him as well as Leclerc, Vettel said: “No, I don’t think so.” He believes he cannot feel the same grip levels Leclerc can in his car.

“I’ve been racing for a long time and sometimes you have cars going your way, sometimes not your way,” he said. “But apart from that you’re trying to adapt as soon as you can and that’s something you always have to do and I’m doing also this year. So nothing has changed in this regard.

“It’s about how much grip you feel and how much then you’re using. So in this regard I’ve said that maybe Charles seems to feel a different grip on a different area of the car that I’m not feeling. Clearly I’m not going as fast and not able to feel for whatever reason.”