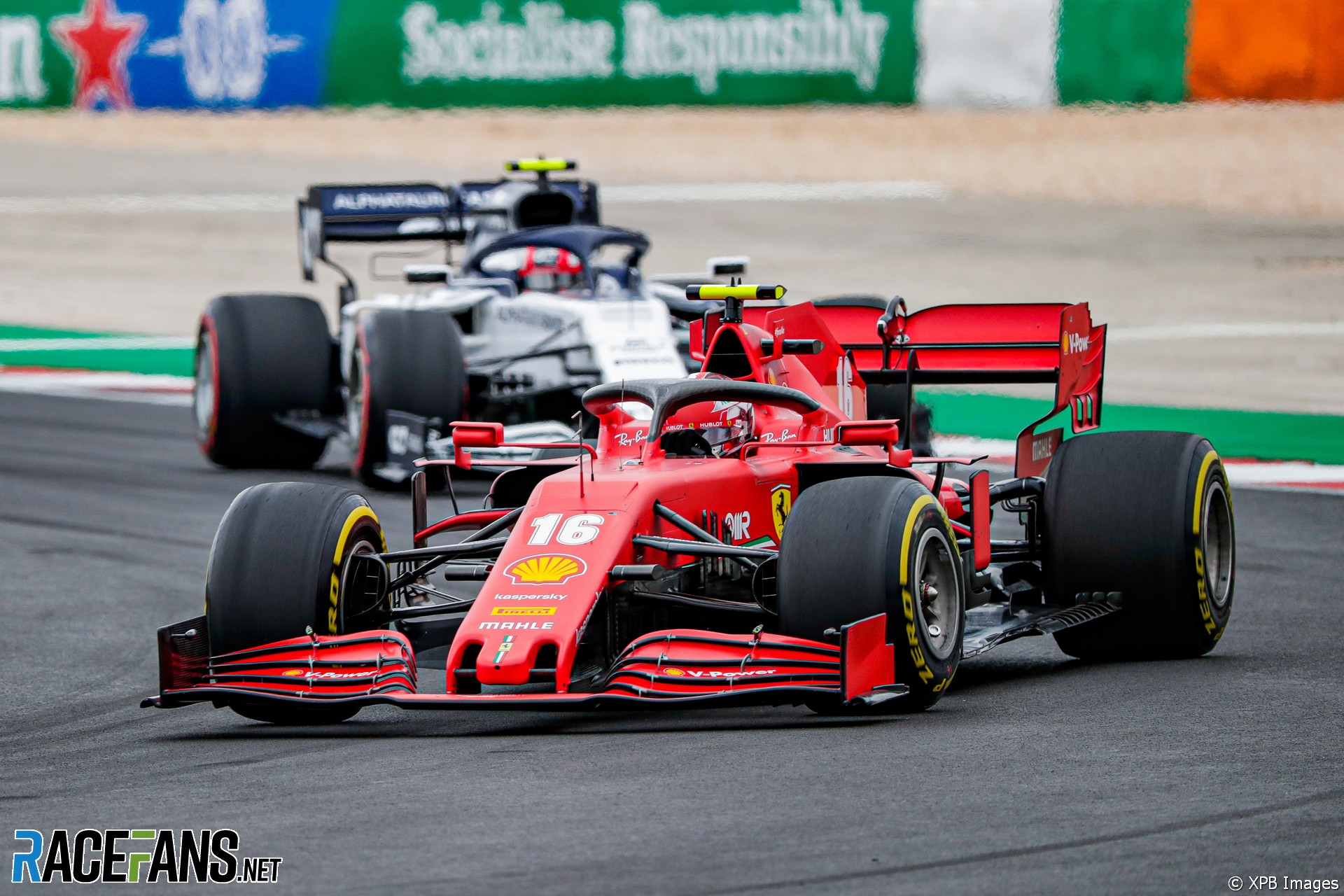 Leclerc’s qualifying lap was a thing of beauty to behold even for the non-tifosi. Making the cut for Q3 on medium tyres was even more impressive.

Unlike in the Nurburgring, he found similar performance from his car on race day, and held on to an excellent fourth place.

Despite a badly disrupted Friday, Gasly was immediately quick on Saturday morning. Oddly, he got slower throughout the day from that point on, yet still beat his team mate into Q3 and took ninth on the grid.

After losing a place at the start Gasly ran the longest stint of any driver on the soft tyres, before a run to the flag on mediums which ended with him making a superb pass on Perez for fifth.

Qualifying was a tricky affair in deteriorating conditions, and while Valtteri Bottas was capable of wringing more speed out of the Mercedes, Hamilton read the session perfectly and beat him to pole position.

He spooked himself with a twitch of oversteer on the first lap, drove a cautious couple of corners in which he lost two places, then got back on with it. Having easily passed Carlos Sainz Jnr for second, he bided his time behind Bottas, then unleashed his pace and brushed his team mate aside to win by 25 seconds.

Those who started on the medium compound had to take it easy, while some of those on the softs were more circumspect than they needed to be. Kimi Raikkonen sussed the conditions to perfection and drove the best first lap of the year, dodging past car after car to hold sixth place.

He deserved to at least take a point on the strength of that, but was powerless to stop faster rivals passing him in the DRS zone once the track dried out.

A weekend so poor you have to question whether he was back to full fitness after his bout of Covid-19. Stroll was never on the pace throughout practice, during which he was involved in a collision with Max Verstappen which both could have avoided. Perez left him behind in qualifying.

While DRS-ing his way back towards the front of the midfield, Stroll tripped over Lando Norris at turn one, ruining both their races. After falling to last place, making an extra pit stop and urging his team to dwell on the benefits of saving mileage on his engine, Stroll’s car was retired.

According to Christian Horner, dropping Albon is the decision the team don’t want to take. That may very well be the case, but on the strength of this performance you have to wonder how they’re going to avoid it.

Again he was over half a second off Verstappen in qualifying. While neither of them made particularly good starts, Albon continued to lose ground on lap two, leaving him 12th. After a long spell stuck behind Raikkonen the team brought him in for an extra pit stop, which didn’t help, and he lost a huge chunk of time having to let Verstappen lap him.

Things have become almost as one-sided at AlphaTauri as they are at Red Bull. Kvyat couldn’t accompany his team mate into Q3, then made a poor start which dropped him six places to 19th. A gamble on a second pit stop with nine laps to go achieved nothing, and left him two laps down in last place. “A bad race,” he admitted.

Bottas was quickest in all three sectors in qualifying, which made his failure to take pole position particularly galling. He drove a feisty first lap, re-passing Verstappen and pouncing on Hamilton as well, but couldn’t conjure the same pace from his team mate on the hard tyres.

Verstappen normally has a great touch in the wet, so it was surprising he didn’t make the same kind of gains the McLaren drivers or Raikkonen did at the start. After that it was a routine run to the ‘best of the rest’ spot behind the Mercedes.

Perez deserved plaudits for his recovery drive following his first-lap tangle with Verstappen. However graining set in late in his second stint, and he lost places to Gasly and Sainz. The latter must have thought he was on for a great result after leading four laps with a brilliant start. But McLaren’s race pace was less good as the track dried, and Norris’s race was wrecked by Stroll.

The Renault pair took eighth and ninth: Ocon ran a monster first stint on mediums (which he reckoned could have taken him to the finish) while Ricciardo, who crashed in qualifying, was somewhat tentative at the start. Vettel’s qualifying was poor again but he grafted away in the midfield during the race and came away with a point to show for his efforts.

After another stellar qualifying performance George Russell ran 13th early in the race. Vettel and Perez inevitably came by him during the race, so it’s hard to see how points were possible for him on this occasion. Nicholas Latifi qualified last and was lapped once more than his team mate.

Between them were Antonio Giovinazzi, whose first lap on impressive given that he started on mediums, and the two Haas drivers, who hoped for rain but needed more of it to have a chance of coming away with points.