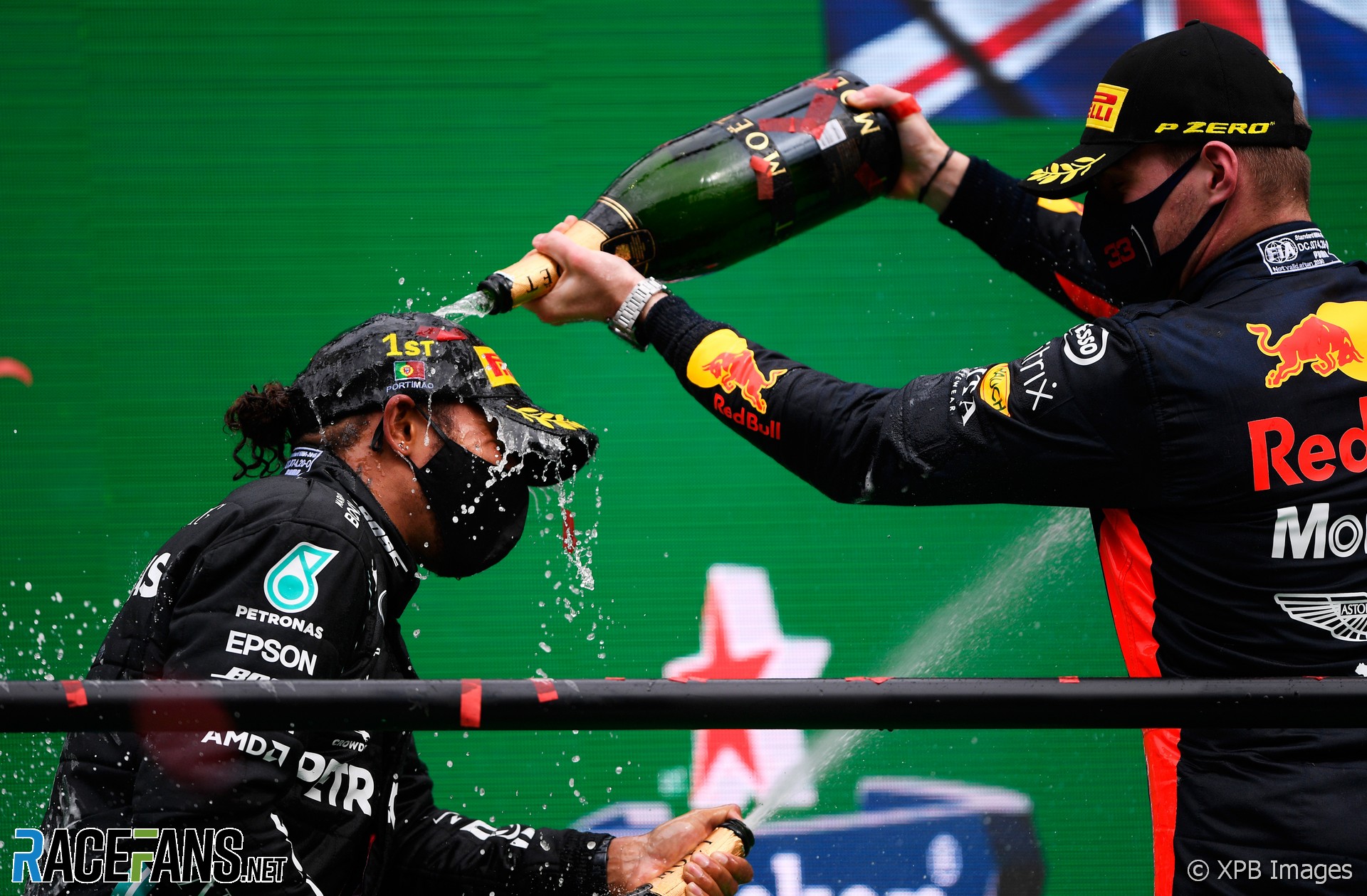 Max Verstappen praised Lewis Hamilton’s consistency after the Mercedes driver set a new record for most wins in Formula 1 in the Portuguese Grand Prix.

Hamilton overtook Michael Schumacher to become the most successful F1 driver of all time yesterday with the 92nd victory of his career.

“Lewis said he keeps pushing because he wants to set [the record] very high because I’ll have to work hard to try and get there,” said Verstappen after the race.

“It’s just an incredible achievement, 92 victories, and I don’t think it stops there. I think it will it will go well over 100. He’s pushing me to go until I’m 40 years old or something.”

“Everybody knows he’s very quick but I think what has been also a very strong point is that he is very consistent and very rarely makes a mistake,” Verstappen added. “And that’s why I think also he got to this number so quick. It’s just very impressive.”

Verstappen has been the only significant challenger to Hamilton’s Mercedes team all season, but has rarely been in a position to challenge for wins.

“You just have to accept the situation we are in because otherwise I think you become a very frustrated person if you don’t accept it,” he said. “So that’s what I did.

“Every time I come to a grand prix I always try to get the best out of it. And it’s good motivation. I come here, I can enjoy being third or second if I know that I pushed myself to the limit. I pushed the car to the limit and I know that the team did everything they could.

“The guys did a few amazing pit stops, again. Stuff that motivates me but also motivates them. I take my own enjoyment out of that.

Verstappen was once tipped to break Sebastian Vettel’s record for being the youngest world champion in Formula 1 history. Hamilton’s continued success has prevented that from happening but Verstappen said he isn’t bothered about missing out on that record.

“If that means that you win seven titles or zero… you need a bit of luck for that as well to be at the right team at the right time. Sometimes it doesn’t work out like that. But we’ll see. I still have a few years ahead of me so hopefully things will change.”