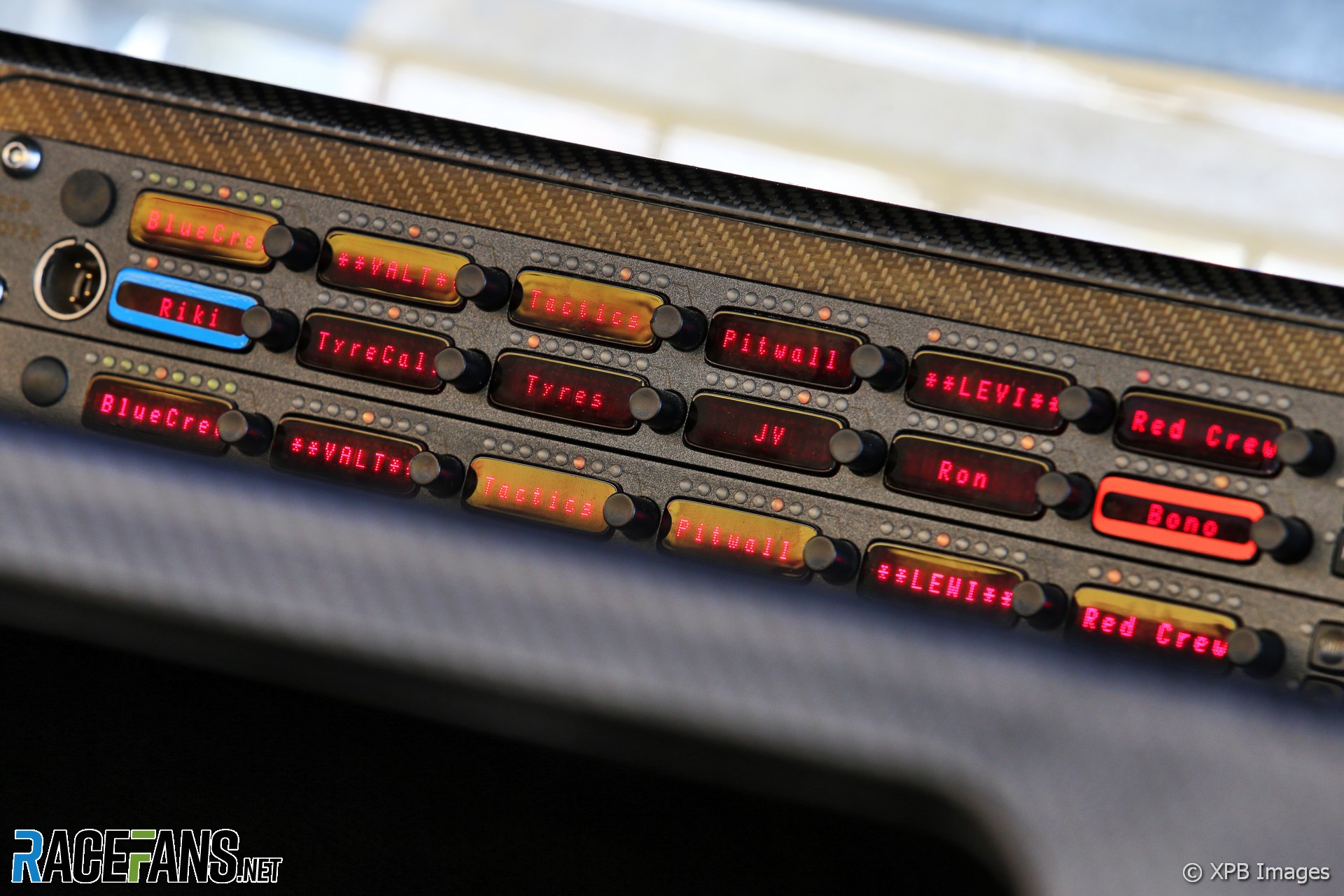 After colliding with Lance Stroll during practice, Max Verstappen launched into a tirade which contained more than just the usual effing-and-blinding, to the extent that the Mongolian government is pressing Red Bull for a public apology over Verstappen’s “racist and derogatory language”.

Verstappen wasn’t the only driver to mouth off about Stroll’s driving – Lando Norris did so as well that weekend and subsequently apologised – but the Red Bull driver clearly went much further with his comments than other drivers have.

Nonetheless, it’s become commonplace to hear drivers’ complaints about their rivals, often in highly unflattering terms, particularly when broadcast unedited on F1 TV. And even the censored versions on the world television broadcast usually leave enough of the message intact for it to be quite clear which four-letter word a driver has reached for.

Full team radio broadcasts have been available to viewers since F1 TV was launched in 2018, though not all drivers seem to appreciate this. Earlier this year Sebastian Vettel told journalists it was “very weird for you to judge because you don’t get all the [messages]”, clearly labouring under the misconception that only some of his comments can ever be heard.

“I think whoever is selecting which radio transmissions to broadcast and which not, I think it’s very difficult there for you to know what is being said and get the full picture,” Vettel continued, apparently unaware that his full radio broadcasts have been available to anyone who wants to listen to them for the last three years in many countries.

Recent controversies over drivers’ radio messages has prompted suggestions F1 should stop broadcasting their discussions. Predictably some of them, including Vettel and others, are keen on this idea.

“Why is it broadcasted?” asked Romain Grosjean ahead of the Emilia-Romagna Grand Prix. “The cockpit and the radio to your team is your own environment. I don’t like radio messaging being being broadcasted when you are flat-out.”

Grosjean has previously said his unflattering descriptions of his car’s performance are why his radio messages have been regularly selected for broadcast on the world feed. He points out the live broadcasts of drivers’ discussions doesn’t have a parallel outside motor sport.

“Imagine if you were broadcasting what’s going on on the football pitch. I mean, I think it’s more fruity and colourful.

“You can always speak your mind. You need to respect people. We’re not perfect at it. And I am not, I’m far from being perfect at it.

“But also, you have to bear in mind that we’re driving a car 330kph, pushing it to the limits and obviously knowing that there’s a risk involved. It’s not like you are sitting on my sofa having a nice glass of red wine and commenting on what’s going on from outside where it all looks kind of easy and slower.”

Grosjean makes a fair point in comparison with other sports. However in those competitions we have other ways of observing the participants: Football players do not pass us by at 300kph, safely ensconced in their cockpits. We can observe their body language, study their reactions, lip-read their comments.

Team radio allows us to do the same with F1 drivers. It gives us an opportunity to appreciate the stresses they are experiencing. It adds a vital human element to a sport which can be cold and mechanistic; an essential reminder there’s a heart and brain at work beneath all that carbon fibre.

More importantly, there are also occasions when it reveals genuinely valuable information which teams would not otherwise share. Charles Leclerc driving with his seat belt disconnected in Spain, the near-miss with marshals at Imola and many cases of teams imposing orders on their drivers would have gone unnoticed without team radio.

The drivers will have to accept the prying microphones aren’t going away. Some of them have already made their peace with this, and understand the unfiltered communications are – in the grim vernacular of the influencer generation – ‘great content’.

“At the back of our minds, we know it’s it’s not private,” admits Carlos Sainz Jnr, “but in the moment you are not thinking how to not say it, that there are people who are listening to you.

“We are athletes, we are in the peak of our pressure moments. I would like to see other sports being broadcasted while in the middle of a corner or the final of a championship. What are other athletes saying or football players saying to each other? I think it would be quite interesting.

“That is what we have in Formula 1 and that is actually an advantage. Just to see how the drivers feel sometimes, all the emotions. It doesn’t mean that we swear more or less than all the other sportsmen it’s just that in this sport you have a microphone constantly hearing you, whatever you’re saying not.

“I think it makes it attractive, it makes for some news and some and some funny moments sometimes in the media. It’s just that you’ve got to understand that we are in the heat of the moment, we are under pressure. We are trying to do the best we can with with everything and with adrenaline really, really high.”

46 comments on “F1 drivers don’t want their radio being broadcast? That’s exactly why it should be”