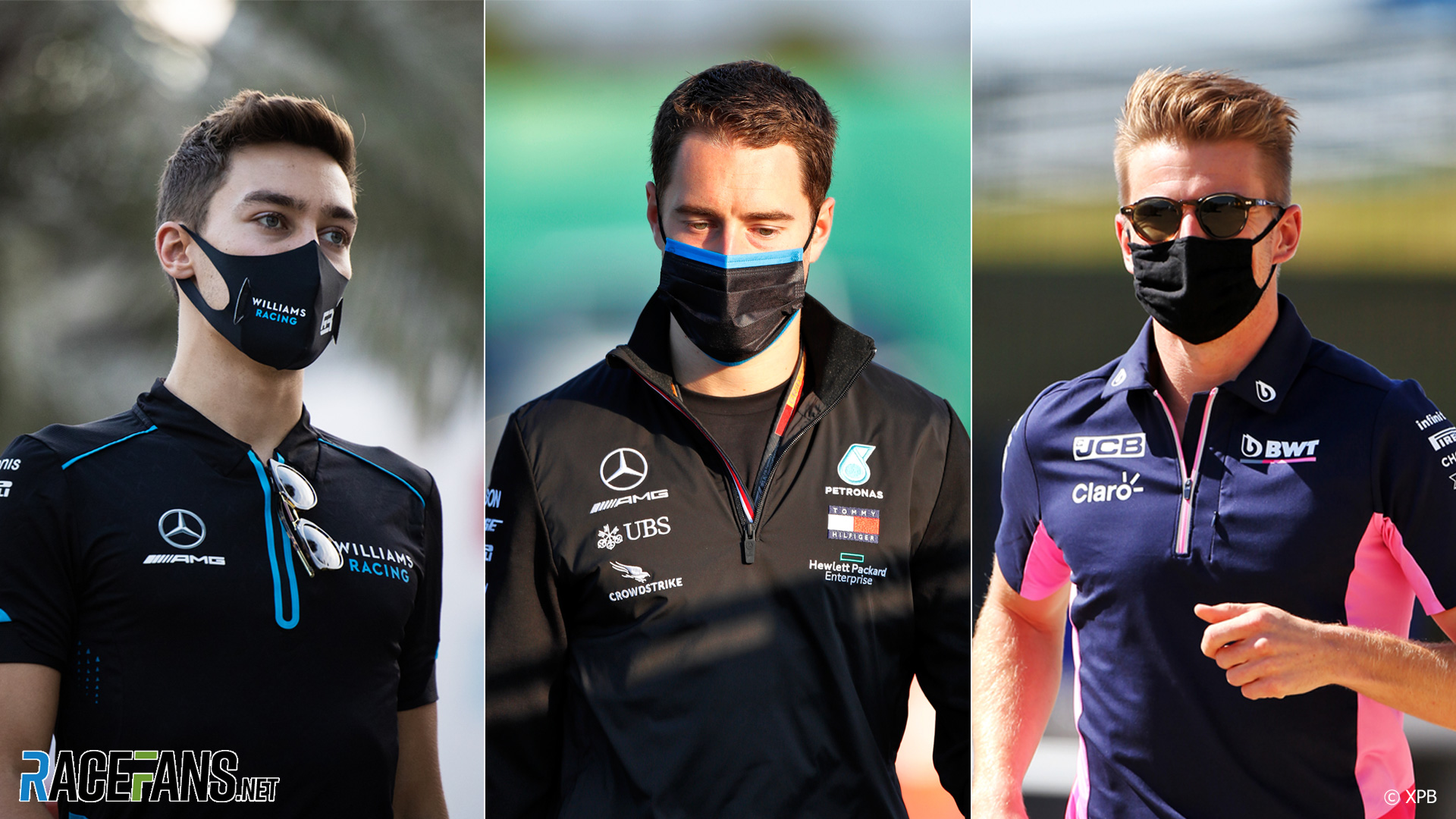 Mercedes were quick to address fears over Lewis Hamilton’s health following this morning’s shock announcement that he has tested positive for Covid-19.

The team say he is only exhibiting “mild symptoms” of the virus. Like all Formula 1 drivers, Hamilton is in excellent physical shape, even after a gruelling season of 15 races crammed into 22 weeks.

It remains to be seen whether he will be able to return to action in the season finale in Abu Dhabi, but Mercedes will need a replacement for the world champion at this weekend’s Sakhir Grand Prix.

The upshot is, someone is about to be handed the chance to drive the most competitive car in Formula 1, and a clear shot at winning this weekend’s race. Mercedes’ choice will inevitably be interpreted as a signal of their future intentions regarding their driver line-up: Either a dress rehearsal for whoever might replace Hamilton when he retires from F1, or an alternative to Valtteri Bottas, who has been shaded by his team mate once more this year.

Who will get this extraordinary and rare opportunity? Here are the leading contenders.

As the team’s reserve driver, Vandoorne is the most logical option – it’s the job he was hired to do. He’s in regular race action for the team in Formula E and was due to join Mercedes in Bahrain even before the news of Hamilton’s condition broke.

Vandoorne endured a bruising couple of seasons in Formula 1 with McLaren in 2017 and 2018, driving a pair of largely uncompetitive cars and getting hammered by team mate Fernando Alonso. A return in a substitute role would be an opportunity to remind everyone of the class he showed with his emphatic GP2 title win, and points-scoring debut as a substitute for Alonso in 2016.

Hulkenberg has already performed brilliantly in a substitute role for two other Covid-19-stricken drivers, Sergio Perez and Lance Stroll.

Called up on short notice at Silverstone, Hulkenberg was unable to start the first race due to a power unit fault. But the following week he qualified a remarkable third behind the Mercedes pair, and ran ahead of Stroll until he had to make an extra pit stop.

He returned at even shorter notice at the Eifel Grand Prix when Stroll fell ill. Having been unable to drive the car before qualifying he started last, but worked his way up to eighth place by the chequered flag, which remains the largest haul of points that car has taken in the last seven races.

Mercedes junior driver Russell is considered the leading long-term candidate for promotion to the team once a replacement for Hamilton and Bottas is needed. He’s currently contracted to drive for Williams, and though he craves the chance to drive for the top team, his contract may prevent a straight swap. He is the team’s best hope of picking up the points they need to pass Haas and Alfa Romeo in the championship.

Still the possibility Mercedes could offer Williams one of their reserves in exchange for Russell remains. If they do that, it would be taken as a sign of how serious they are about promoting Russell to the team one day. If he were to show up and put one over Bottas, the pressure to give him the seat full-time would be huge. Perhaps that is a headache Mercedes would prefer to avoid.

What other possible alternatives could there be? Esteban Gutierrez, Mercedes’ other reserve driver, was not eligible to serve as a stand-in earlier this year as he did not have the necessary superlicence.

Esteban Ocon, a previous member of the team’s young driver programme, joined Renault at the start of this year and is unlikely to be available.

Two-times world champion Fernando Alonso is preparing to make his return to Formula 1 as Ocon’s team mate next year. However Mercedes team principal Toto Wolff previously indicated Alonso’s contentious “history” with the brand rules him out of the running for a drive with them.

Who do you think Mercedes will pick to replace Hamilton this weekend? And who should they pick? Have your say in the comments.

203 comments on “Who will Mercedes pick to replace Hamilton at the Sakhir GP?”