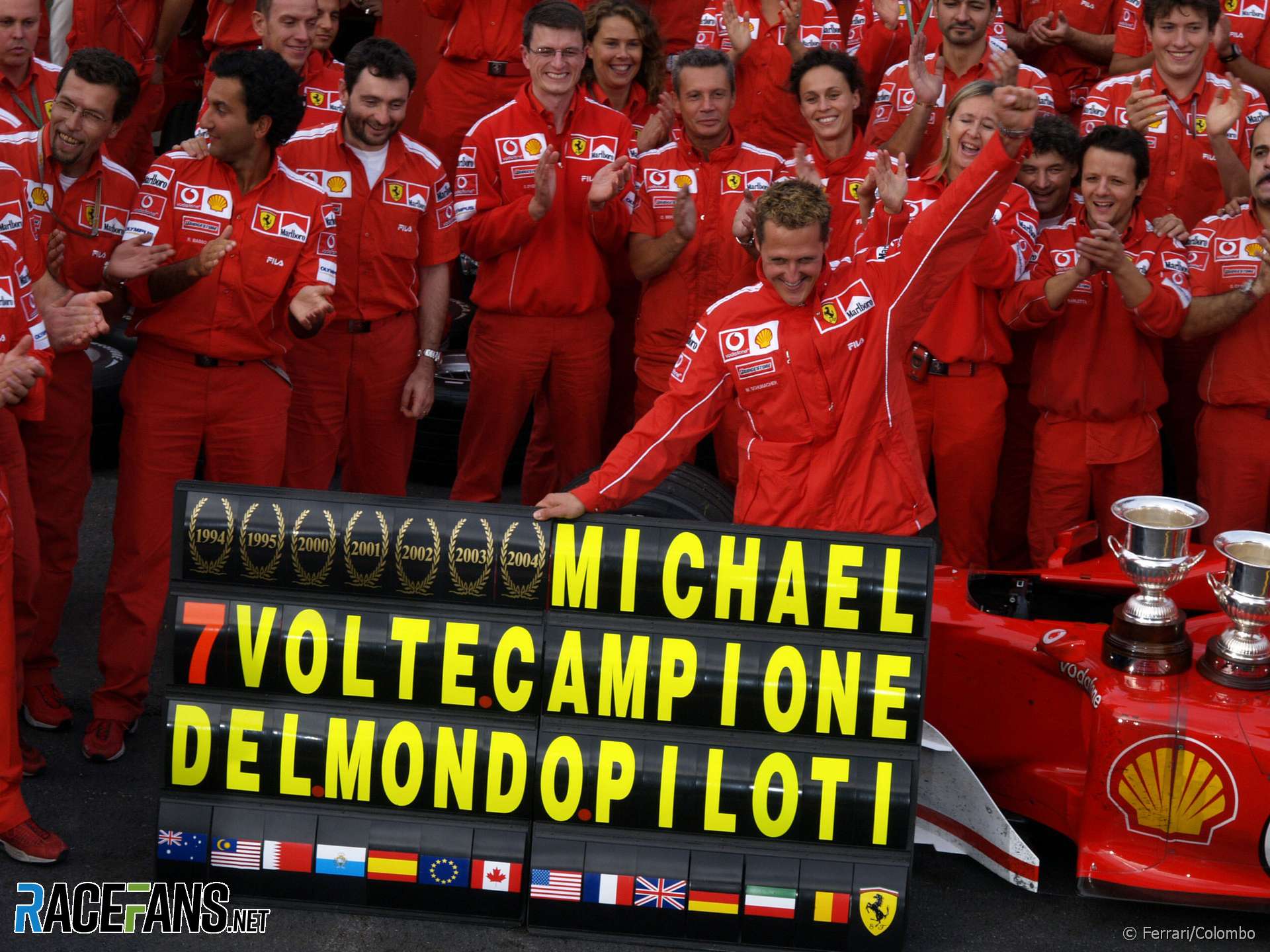 Mick Schumacher will race with the number 47 on his car when he makes his debut in the 2021 F1 season.

The 21-year-old, who will make his grand prix debut with Haas, said the choice of number was partly inspired by his father Michael Schumacher’s seven world championship victories. His seventh title, won in 2004 when Mick was five years old, set a record which was equalled by Lewis Hamilton last month.

“Definitely ‘seven’ is partly because of that,” said Schumacher of his father’s achievement, “but it’s also just a number that I generally like personally and I guess also our family we like the seven.”

Formula 1 drivers can select any number between two and 99, which is not in use by someone else, to serve as their permanent racing number.

“Four and seven are two of the numbers that I really like,” said Schumacher when asked about his choice of racing number by RaceFans. “Obviously four for F3 and the seven because obviously seven is a number that is very close to me as well.”

Both numbers currently belong to other drivers – Lando Norris uses four and Kimi Raikkonen has seven. “As both of them were taken, I think 47 was the best choice,” Schumacher continued.

“Then at the end as well, which is quite, let’s say, ‘unblinded’, was the fact that if we calculated all the birthdays of our family together it would equal 47. So it was a pretty nice feature to it and I think it just underlined that we should choose that number.”

Two unfamiliar racing numbers will appear in this weekend’s F1 race as a pair of drivers make their grand prix debuts. Jack Aitken, who will take the seat George Russell has vacated at Williams, will use number 89. Pietro Fittipaldi, who is substituting for the injured Romain Grosjean at Haas, will race number 51.

Schumacher said he is proud to have earned the opportunity to race in the same sport where his father achieved record-breaking success.

“It’s great to be in the same sport and it’s a sport that we both love so much. To be able to go on a similar path, to get to know the sport inside out, really it’s amazing.

“To have finally reached my goal – everybody’s goal is Formula 1. All the junior drivers want to reach F1 eventually. So to be able to be one of those 20 drivers is something incredible.

“I’m just really a bit overwhelmed and happy that everything’s confirmed and that I’m really going to be standing on the grid next year.”

However Schumacher said the news of his Formula 1 debut came as no surprise to his mother. “My mum, definitely, she was actually quite unsurprised in a way,” he said.

“She was like ‘yeah, I was sure you were going to make it’. I always felt the great support from her side and from everybody within the family.”