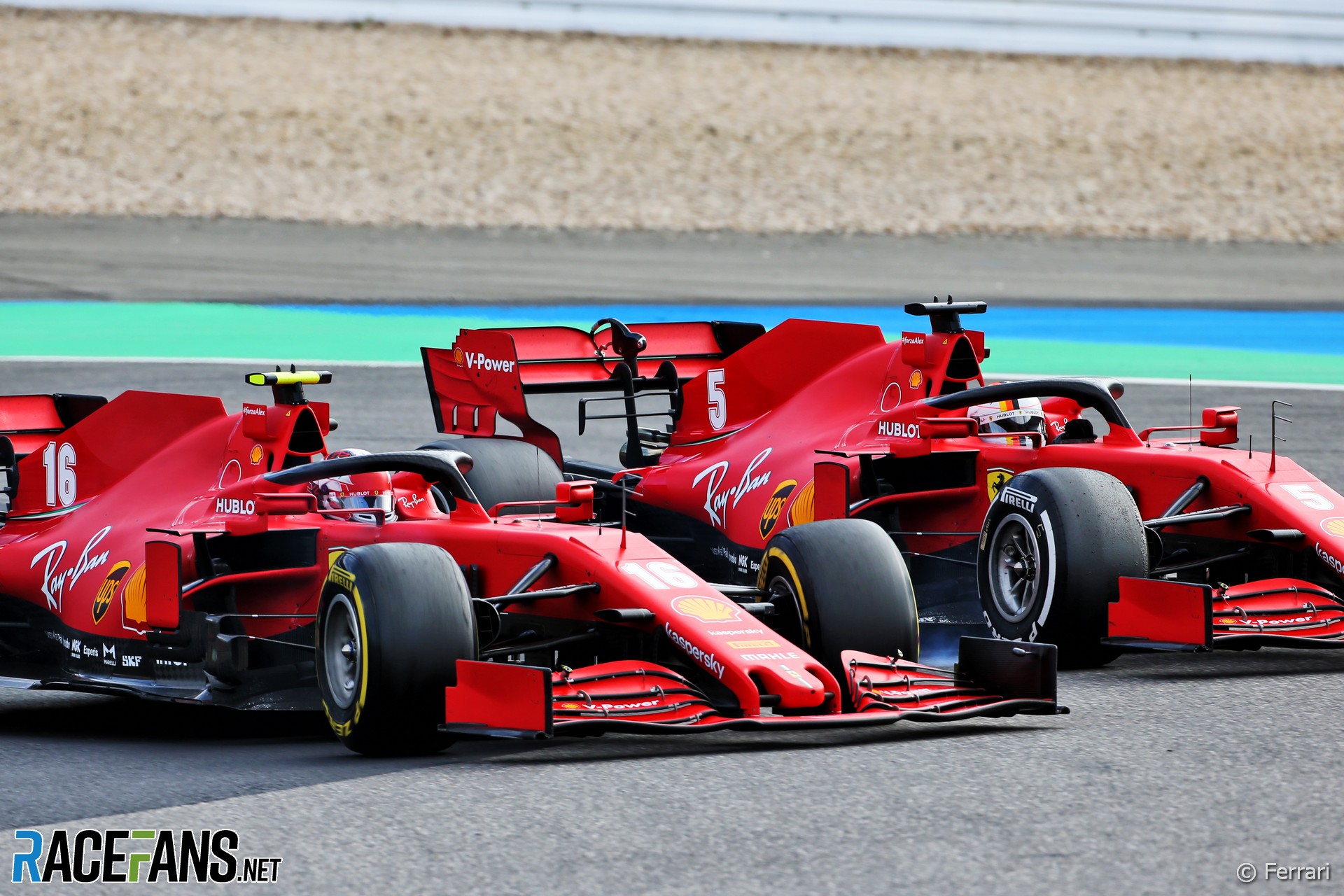 Last year, over the course of their first season as team mates, the pendulum swung from Sebastian Vettel to Charles Leclerc. Once Leclerc began consistently out-qualifying his vastly more experienced team mate from around mid-season it was only a matter of time that he would draw ahead in the points standings, and so it proved.

The rising star was an obvious threat to the senior driver at the team. Vettel must has seen the writing on the wall at the end of last year when Ferrari inked a long-term deal with the sophomore racer who’d just upstaged him.

Perhaps it ultimately made no difference that the start of this year’s championship was postponed and that during the hiatus Ferrari took the surprise decision not to extend Vettel’s contract. Alternatively, had the season begun on time, perhaps he could have driven his way out of the dilemma by putting Leclerc in the shade.

We can only speculate, but the fact of the matter is once the season belatedly began, Leclerc had the upper hand to a remarkable degree, even more so than he did during his best races in 2019.

The SF1000 will rank as one of the worst cars to come out of Maranello, yet in Leclerc’s hands it achieved flashes of respectability. His second place in the season-opener looked good at the time but was even more impressive in the context of what followed. He only made one further visit to the podium – at Silverstone, thanks to Valtteri Bottas’s puncture. There should have been another in Turkey, but he over-committed himself trying to pass Sergio Perez on the final lap and opened the door for Vettel to reach the rostrum for the first time in over a year.

Leclerc admitted at the end of the year there had been a few times where he made optimistic moves in his attempt to wring more points out of the car than it perhaps deserved. This was one of them, another was his ill-judged attack on his team mate in the second race at the Red Bull Ring which put both out.

But usually he was too far ahead of Vettel for this to be possible. At times the gap between the pair was so wide it was almost hard to believe, given Vettel’s remarkable track record from earlier in his career. Leclerc was on average four-tenths of a second quicker than Vettel in qualifying (based on representative sessions) and reached Q3 11 times to his team mate’s three.

At the final race Vettel opined that no other team had this kind of performance difference between its two cars. That isn’t quite true – Alexander Albon and Nicholas Latifi were further behind their respective team mates – but even so it was surprising to see Vettel struggling this badly.

He made it clear, however, that he has nothing but respect for Leclerc’s abilities. Ferrari certainly have no cause to doubt that, despite casting a four-times champion aside, they still have a driver who can wring the best from what they hope will be a much better car in 2021.

Positive gap: Charles Leclerc was ahead; Negative gap: Sebastian Vettel was ahead