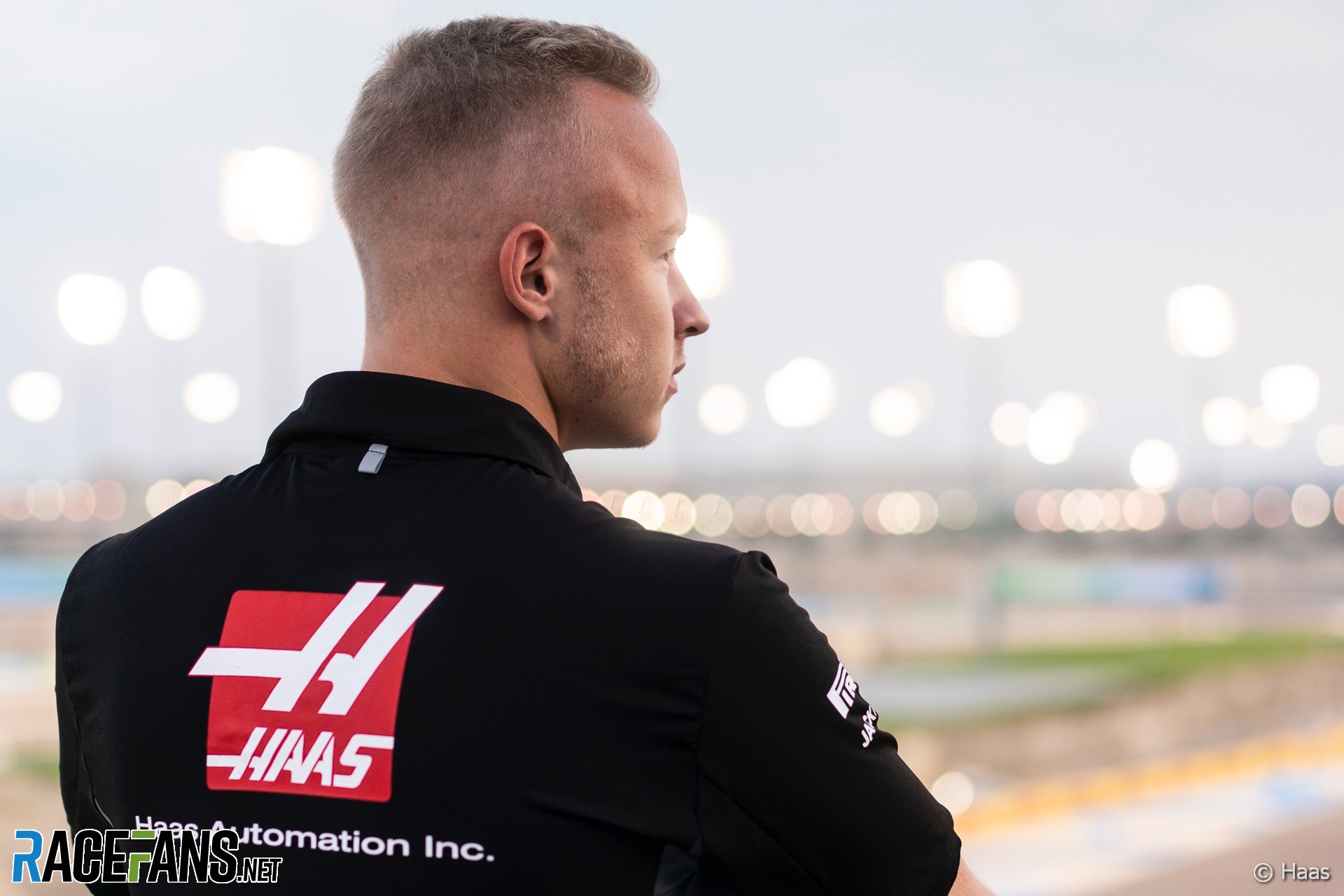 Haas’s confirmation today that a disgraceful video showing its driver Nikita Mazepin groping a woman in a car has not cost him his Formula 1 debut will appal many but surprise few.

Disquiet over Mazepin’s suitability for F1 had been voiced long before. In 2016 he was banned from a Formula 3 race – one of three being held on the weekend in question – for attacking Callum Ilott, leaving him with a black eye and swollen jaw. This year Mazepin ended his second season of F2 one penalty point away from qualifying for an automatic ban.

Nonetheless with gigantic backing behind him – his father, a petrochemicals billionaire, tried to buy the Force India Formula 1 team two years ago – Mazepin’s graduation to F1 was long regarded as a matter of ‘when’ not ‘if’. His junior category results were creditable if not outstanding – second in GP3 in 2018, fifth in Formula 2 this year – but an extensive private F1 testing programme with multiple world champions Mercedes, not unlike Lance Stroll’s with Williams four years ago, means he will be more than ready.

For the seriously cash-strapped Haas outfit, a deal with Mazepin proved too lucrative to turn down. The team had already shown the door to both its regular drivers, Romain Grosjean and Kevin Magnussen, as it sought someone who would bring backing. “There was a big chance that we are not here anymore,” Steiner admitted last month.

“We have got our work cut out,” he added separately when asked about Mazepin’s on-track conduct, unaware a far bigger scandal was just days away.

The video appeared eight days after Haas announced Mazepin’s 2021 debut. The footage was swiftly deleted, but had already been widely captured and shared. Haas reacted to it quickly, but carefully. While stating they “do not condone the behaviour of Nikita Mazepin in the video”, they saved their strongest language for the fact the footage was published on social media, which they described as “abhorrent”.

Mazepin also issued an apology, though it is no longer visible on his Instagram account. Around the same time the woman seen in the video – Andrea D’Ival – told her social media followers it had not been Mazepin, but herself who posted it.

During the last race weekend of the season Steiner indicated the team was still in discussions with Mazepin over the affair but may keep the resolution private. “If we think we can live without [it] coming out, we’ll do that one,” he said.

Clearly Haas have decided they can live without making the resolution public, as all they announced today is that Mazepin will remain their driver for the 2021 F1 season and “this matter has now been dealt with internally”.

This inevitably prompts questions: What might Haas have said internally which cannot be shared externally? As Mazepin’s presence appears to be vital to the team’s existence at the moment, it’s hard to imagine it amounts to very much at all.

What reassurances have been given to the team’s staff about his behaviour? Those who have seen the video of an athletic man forcibly grabbing a young woman of slight build would be entirely justified to ask if they are safe to share a workplace with him.

Haas’s handling of the Mazepin affair will leave some wondering whether F1 needs a team who, in the words of its own driver, “weren’t really racing” at the end of the year, yet brings the sport into such ill repute.

Haas’s problem has therefore become Formula 1’s problem. Already this year we’ve seen swift, decisive action in other series where drivers have behaved unacceptably. Formula E driver Daniel Abt cheated in a virtual race and paid for it with his job; NASCAR’s Kyle Larson faced the same after he was broadcast uttering a racial obscenity. These are, of course, not perfectly analogous incidents, but should F1 hold its drivers to a lower standard?

Formula 1 has been keen to indicate the progress it has made in its treatment of women since Liberty Media took charge in place of Bernie Ecclestone, who infamously likened them to kitchen appliances. The use of ‘grid girls’ was scrapped immediately after they took over, and next year the all-female feeder category W Series will support eight rounds of the championship.

At the end of a year in which Formula 1 can be proud of its successful response to the unprecedented and unforeseen challenges of the pandemic, successfully holding an often thrilling 17-race championship, the Mazepin affair is a bitter coda which drags the sport into the gutter.

We’ve been told all year that in Formula 1, ‘We Race As One’. Allowing Mazepin to excuse his disgraceful behaviour with nothing more than an apology which has already disappeared will prove the hashtag does not ring true.