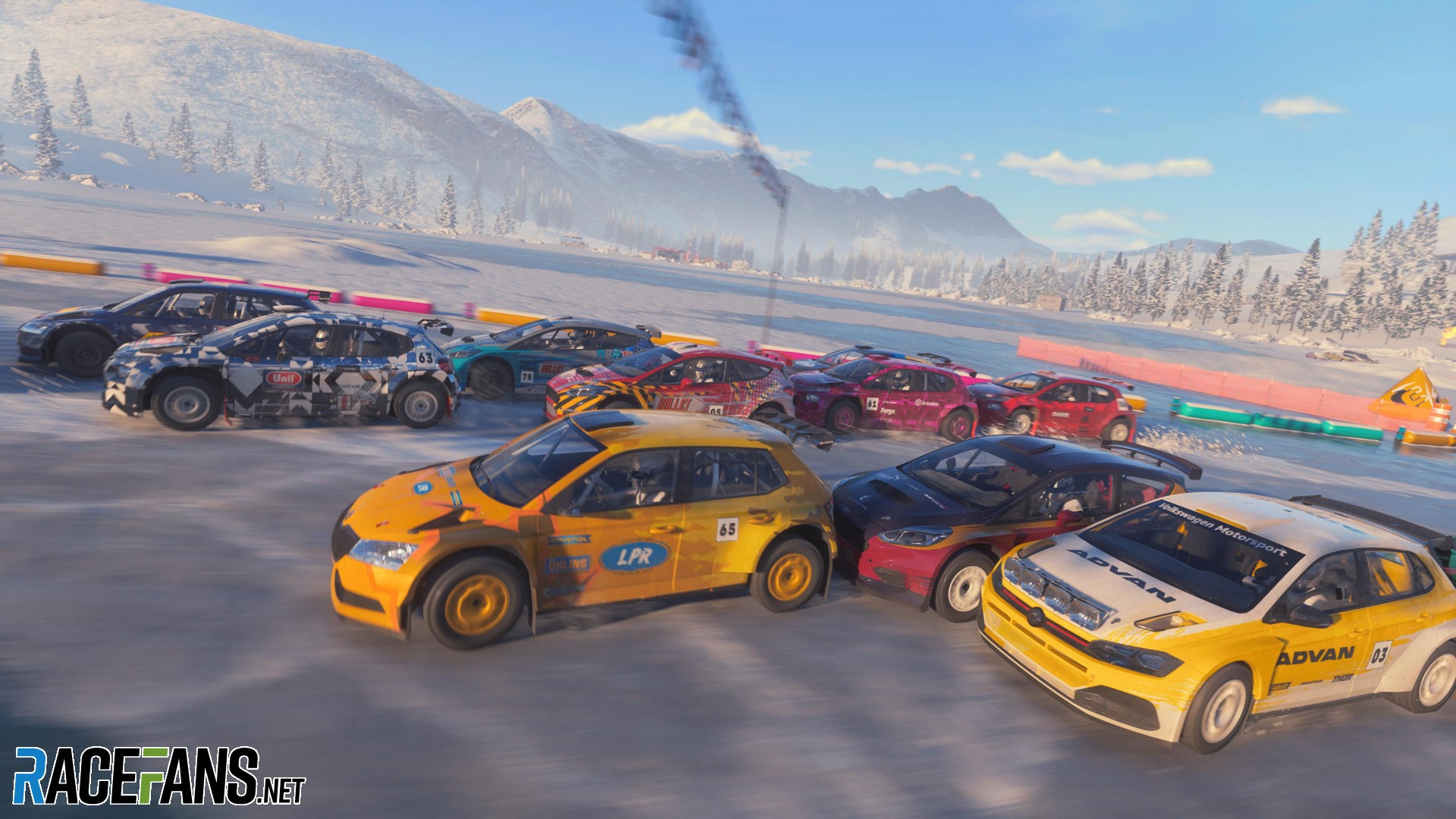 With millions of households now in proud possession of shiny new next-generation consoles, there are plenty of motorsport fans looking to take advantage of their new hardware and enjoy some racing action.

Thankfully, Codemasters have given Playstation 5 and Xbox Series X/S owners an enticing option in the form of Dirt 5, the newest entry in the popular rally franchise.

Not to be confused with the ‘Dirt Rally’ sister series, this mainline Dirt franchise is very much a different tonic of off-road racing.

If Dirt Rally is for the rallying purists – a celebration of the intense challenge of concentration that is point-to-point stage racing – then the main Dirt series is its bratty younger brother, preferring high octane thrills and spills in a more arcadey package.

Like its predecessors, Dirt 5 aims to a concentrated rush of rally racing action in as quick and accessible format as possible.

The racing is frantic. Expect three-lap races across a range of terrains in a variety of dedicated off-road vehicles with plenty of contact with your competitors encouraged along the way.

From behind the wheel, Dirt 5’s physics are forgiving enough for anyone of basic competence with a controller or wheel to pick up fairly quickly. There are no practice or qualifying sessions. You jump straight to the racing and hop between vehicle classes such as a large rally raid buggy to a modern rally car without any real adjustment necessary.

The game’s AI are robust and love to race in a large, single pack. It means races can often be hard-fought affairs, but once you find yourself out in front, it’s almost a little too easy to just disappear into the horizon and leave your opponents far behind, even on harder difficulties.

Other formats include gymkhana events, which challenge you to earn points by pulling off tricks and stunts against the clock around special neon playgrounds. It’s a fun distraction at first, but due to the simplified handling model, it can quickly feel like you’re just pretending to be a driving god, rather than actually pulling off incredible feats of car control.

Sprint car dirt oval races make their debut in this new entry, but their implementation feels in need of refinement. The AI drivers seem to have far superior traction than the player, making races incredibly tough, even on easier difficulties.

Perhaps the most enjoyable new addition is the Pathfinder race mode, which sees you take on an extreme off-road hillclimb against the clock, barrelling over rocky terrain and scaling near-vertical gradients as you race to the top. It feels right at home with the kind of experience Dirt 5 is trying to provide.

Donut Media’s brand of humour can be slightly eye-roll inducing at times depending on your tastes, but they are ultimately inoffensive. Their inclusion easily shines brightest in the form of the in-game ‘Dirt Podcast’ the pair host, which you can listen to in menus between races.

The podcast is presented as in-universe with discussions about the game’s fictional racing series and features special guests, such as W Series champion Jamie Chadwick, discussing the in-game events. It’s a surprisingly effective way to flesh out the world in which you’re supposedly racing in and is executed with a surprising amount of skill. It would certainly be intriguing to see Codemasters bring something similar to their Formula 1 franchise.

Codemasters have also hired two of the highest-profile voice actors in the games industry – Troy Baker (Joel, The Last of Us) and Nolan North (Nathan Drake, Uncharted) – to bring the career mode’s two main characters to life.

Baker plays Alex “AJ” Janiček, the undisputed champion of the Dirt Off-Road Series, who acts as an in-game mentor of sorts as you rise through the ranks. North brings rising-star Bruno Durand to life, who will become your main rival in your quest for glory.

Given the big names involved, it’s a little disappointing that the story of career mode develops almost exclusively through voice clips played before or after races. But given that the Dirt franchise has never been about storylines previously, many will likely appreciate that the story elements that exist are kept relatively out of the way.

Graphically, Dirt 5 certainly looks pretty, especially on next-generation hardware. Although the car models themselves do not seem especially outstanding compared to many last-gen racing games, the impressive environments are the stars of the show, especially with HDR enabled to enhance the dynamic lighting system.

The game runs at a consistent 60 frames-per-second at 4K resolution on Xbox Series X/S and Playstation 5, with both machines also taking advantage of the increased processing power to show off all manner of special particle effects like fireworks, confetti and rain and mud splattering on the windscreen. If you have a compatible TV, you can even play the game at 120 frames-per-second by selecting the in-game performance graphics mode.

Loading times are also dramatically reduced thanks to the solid state drives on both new console formats. On Playstation 5, the new haptic feedback from the DualSense controller is certainly an improvement over the DualShock 4, but Dirt 5 sadly fails to make the most of the adaptive triggers and haptic feedback compared to other launch titles such as WRC9 and certainly when compared to some other launch games.

In many ways, Dirt 5 feels like a typical launch game for new hardware – offering solid gameplay with impressively snazzy visuals. However, it’s hard to shake the feeling that there’s far more potential in these new consoles to be tapped into than this latest entry into the Dirt series has been able to reach.

If you’re looking for a fun, accessible racing title to help put your shiny new console through its paces, you could do far worse than Dirt 5. But if you’re looking for a game that will hold your attention and immerse you for a while as your wait for the likes of Gran Turismo 7 and Forza Motorsport to come, you might be a little disappointed.

With Codemasters undergoing a period of transition, let’s hope they do not scale back on one of their most recognisable franchises – neither the serious rally sim, or its fun, arcadey cousin.