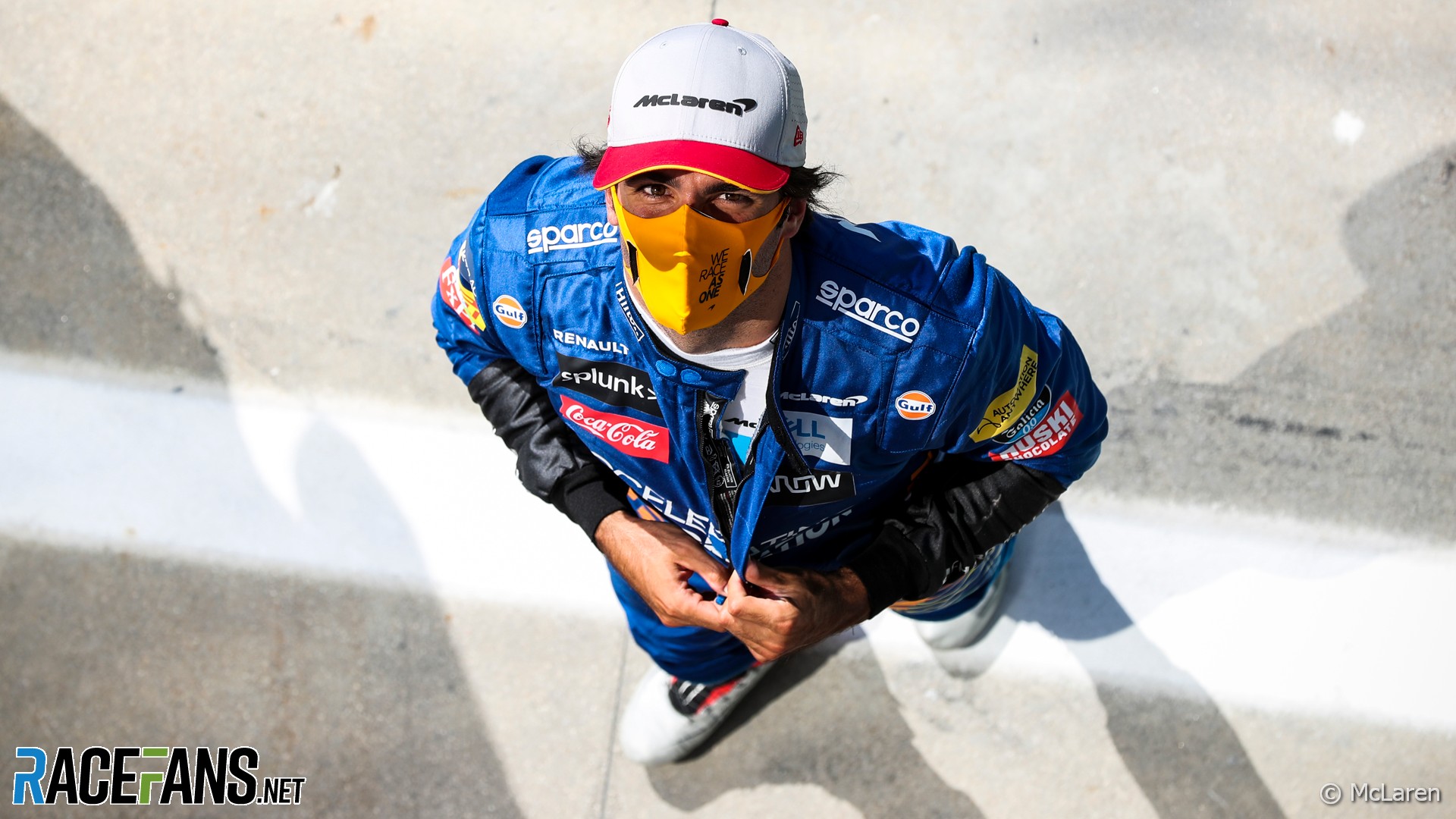 Just as was the case last year, Carlos Sainz Jnr’s finishing position in the 2020 championship should give Red Bull food for thought.

The team brought him into F1 with Toro Rosso, yet decided against promoting him to the top squad. Now Sainz is Ferrari-bound, having scored exactly as many points in 2020 as Alexander Albon, Red Bull’s latest outcast from the number two seat.

Moreover, repeating his 2019 finishing position for McLaren amounted to quite a bit less than Carlos Sainz Jnr deserved from 2020. He delivered several great results in his MCL35 and might have added quite a few more if he hadn’t been struck by misfortune so often.

After taking fifth in the opening race and qualifying a superb third in the rain for the Styrian Grand Prix, Sainz’s season began to go awry at Silverstone. He began the penultimate lap of the British Grand Prix in fifth place, only to suffer a tyre failure which dropped him out of the points.

During the second race weekend at Silverstone it became clear Sainz’s car was suffering from a straight-line speed deficit compared to his team mate’s. After recording his second consecutive 13th place finish, a new power unit was fitted for Sainz’s home race, and he duly delivered a fine sixth behind the Mercedes pair, Max Verstappen and the two Racing Points.

The next few races were a mixture of feast and famine. A problem with his new power unit prevented him from even starting the next race at Spa. But at Monza he qualified a brilliant third behind the Mercedes drivers and ran second. Had Pierre Gasly not got lucky with the timing of the subsequent red flag, this might well have been Sainz’s first win; as it was he chased the AlphaTauri driver home for second place.

His miserable luck returned at Mugello, where Sainz was one of several drivers eliminated in a pile-up following a Safety Car restart. But he had only himself to blame for his retirement at Sochi, where he took himself out on the first lap.

He made amends with a superb run-in to the end of the season, which lifted him from 11th in the championship to that sixth place. Sainz took fifth at Nurburgring and sixth at Algarve, where his brilliant start flattered a sub-par McLaren: Sainz vaulted from seventh to first in two laps on the slippery circuit, but starting on the soft tyres ultimately backfired. Seventh at Imola looked about the best McLaren were capable of at this stage in the season.

Remarkably, Sainz took a pair of fifth place finishes in the next two races despite qualifying 15th for both of them. He worked his way forward carefully and effectively in treacherous conditions at Istanbul; in Bahrain he rebounded again after a brake-by-wire problem struck in qualifying. A terrific start in Sakhir helped him take fourth, and he signed off his McLaren career with his ninth top-six finish of the season.

That was a fine record in a car which was statistically the fourth-quickest of the year.