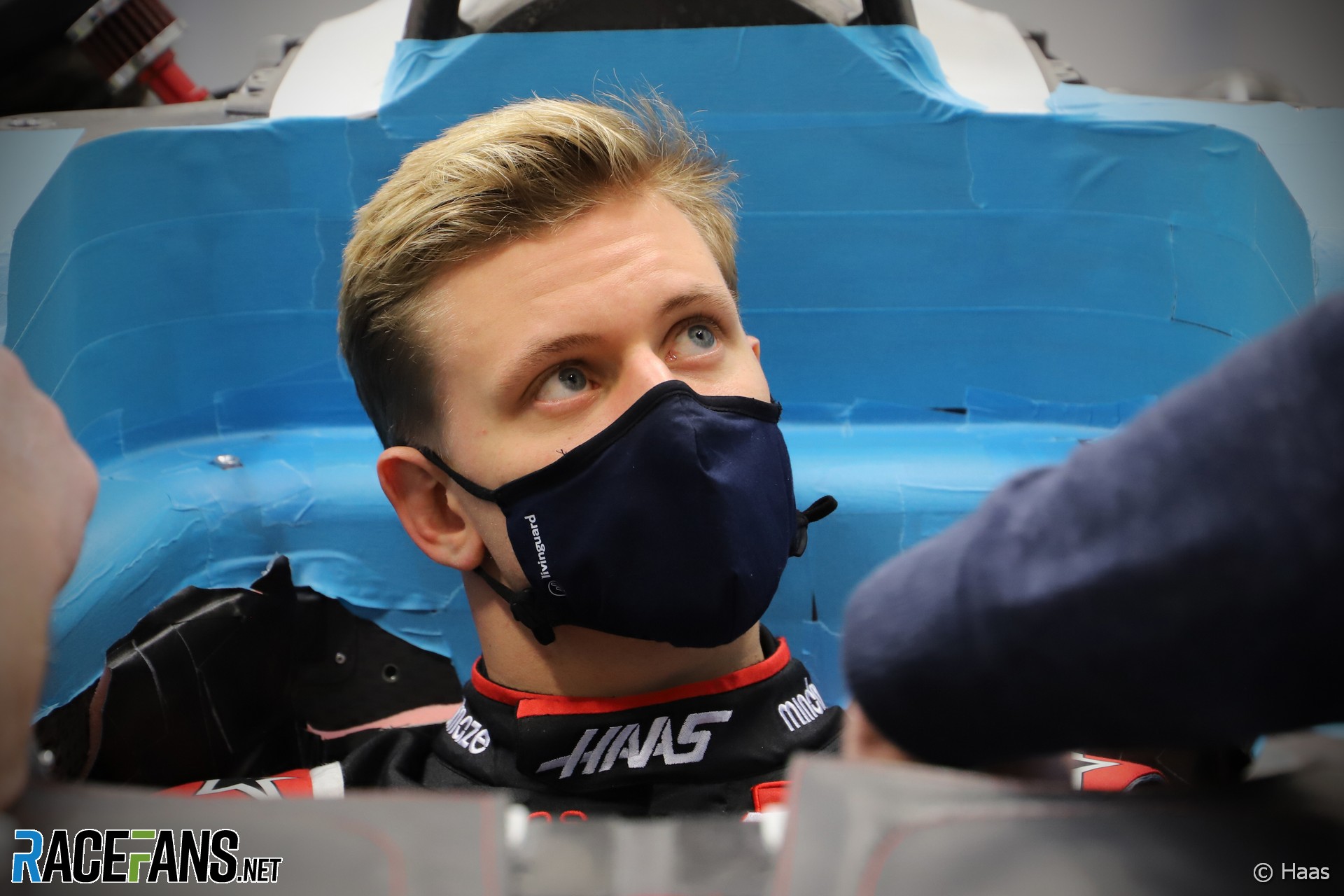 Mick Schumacher says he doesn’t feel any pressure bringing his father’s famous surname back to Formula 1 when he makes his debut this year.

The son of seven-times world champion Michael Schumacher is stepping up to F1 this year after winning the Formula 2 championship. He isn’t concerned his father’s exceptional success will raise expectations on him.

“I’m very proud of it. It’s like a boost to me and it gives me motivation every single day to work as much as I can and work as hard as I can.”

Schumacher is a member of the Ferrari Driver Academy which has brought him into close contact with several of his father’s former colleagues, such as Jock Clear.

“I’ve been talking to him a lot in the past few years,” said Schumacher. “I think the first time I actually worked with him was in 2014, I had a sim session with him which was really funny and very interesting for me because I came from karting.

“Obviously we’ve had different talks and different discussions about how the work was with different drivers for him and how that compared to my father. So it was very interesting. I’ve taken a lot of notes about it, and I’m definitely looking forward to working with him even closer this year.”

While Schumacher will race for Haas, he will continue to work closely with Ferrari, who he tested for again earlier this year.

“We have different things we’re doing together such as simulator driving, such as FDA activities. But also working with Ferrari staff.

“So definitely the connection’s there. I’m still an FDA driver so it’s great to have that backdrop and that help from the background too to help me and support me in my first F1 season.”

11 comments on “No pressure in bringing famous surname back to F1, says Mick Schumacher”