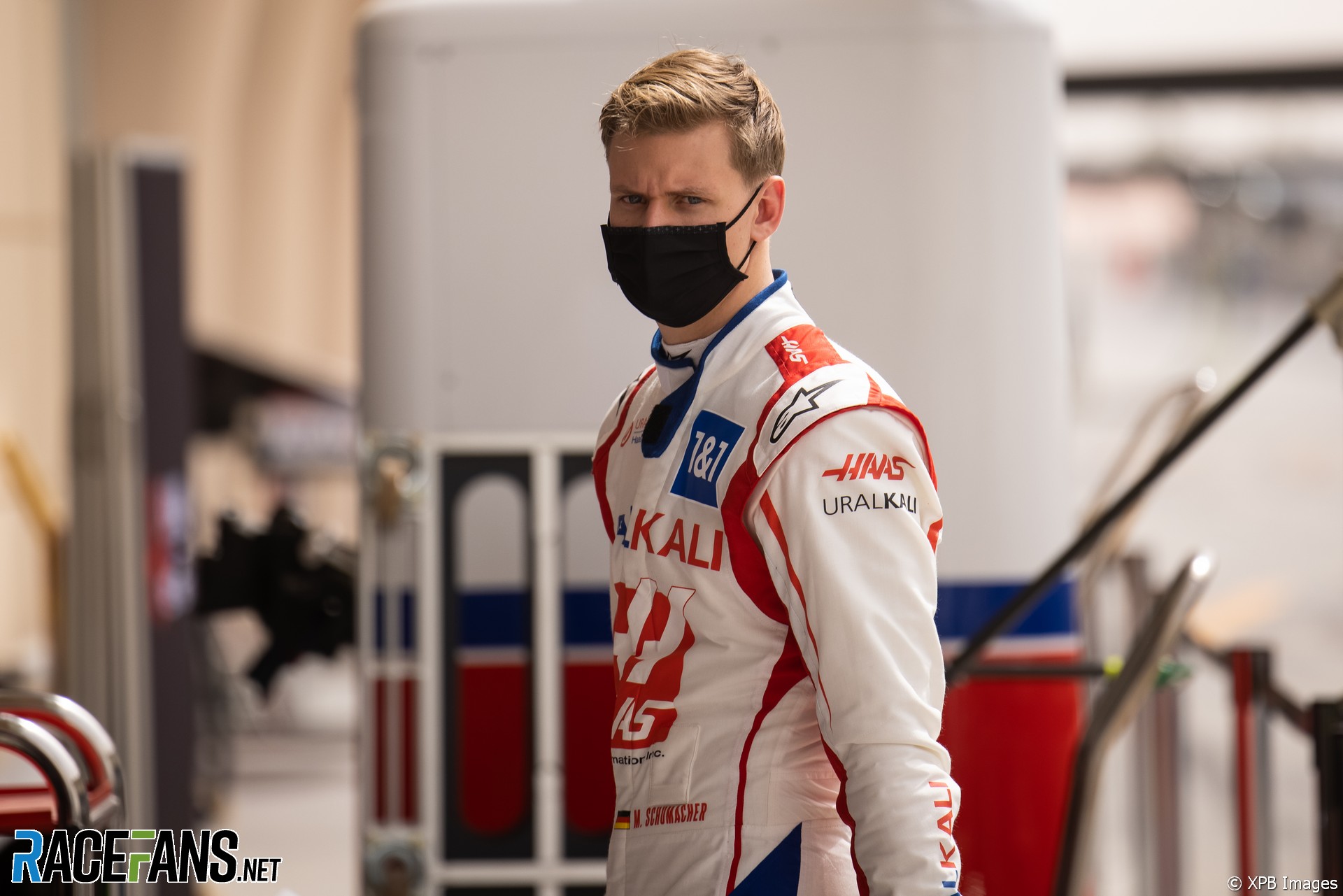 Mick Schumacher has revealed he wanted his timing screen name abbreviation to be ‘MSC’, the same as his father Michael Schumacher used.

The Formula 2 champion, who will make his Formula 1 debut with Haas this month, was previously assigned the abbreviation ‘SCH’, based on the first three initials of his surname, as is common practice across the grid.

His seven-times world champion father’s abbreviation was ‘MSC’ for much of his career, to distinguish him from his brother Ralf Schumacher, who he competed alongside for several seasons.

The 21-year-old’s abbreviation was changed to ‘MSC’ ahead of pre-season testing. “I wanted ‘MSC’,” said Schumacher today. “It’s an emotional bond I have to it.

“I think it’s quite nice for everybody watching the timing screens and seeing ‘MSC’ back on the screens as well.”

After covering only 15 laps on the opening day of the pre-season test in Bahrain, Schumacher completed 86 laps of running on Saturday afternoon, recording the 12th fastest time of the day. The Haas driver says he was able to gain a lot from the extended track time.

“I learnt a massive amount of new things which were all positive,” says Schumacher.

“Being able to get those those laps under my belt – I’ve done over 80 laps today and obviously compared to 15 laps yesterday, that’s quite a big difference. And it really gave me a new way of seeing F1 and understanding driving on track.”

After clinching the Formula 2 title in Bahrain in November, Schumacher says that driving a Formula 1 car around the Sakhir circuit is a much more enjoyable experience.

“It’s a lot of fun driving here in a Formula 1 car,” he says. “It’s amazing how quick it is

“Being able to push so hard and rely on the rear and really feeling the grip the changes in the setup. There are a lot of tools that you can use to improve the driving on track instantly. So that’s pretty positive for me coming from Formula 2, where you basically had nothing to to change.”

Despite the limited testing before the start of the season, Schumacher says he already feels ready to race.

“I’m really looking forward to to the season. I would love to drive every day. I could put another eight days in and just go straight into the race weekend.”