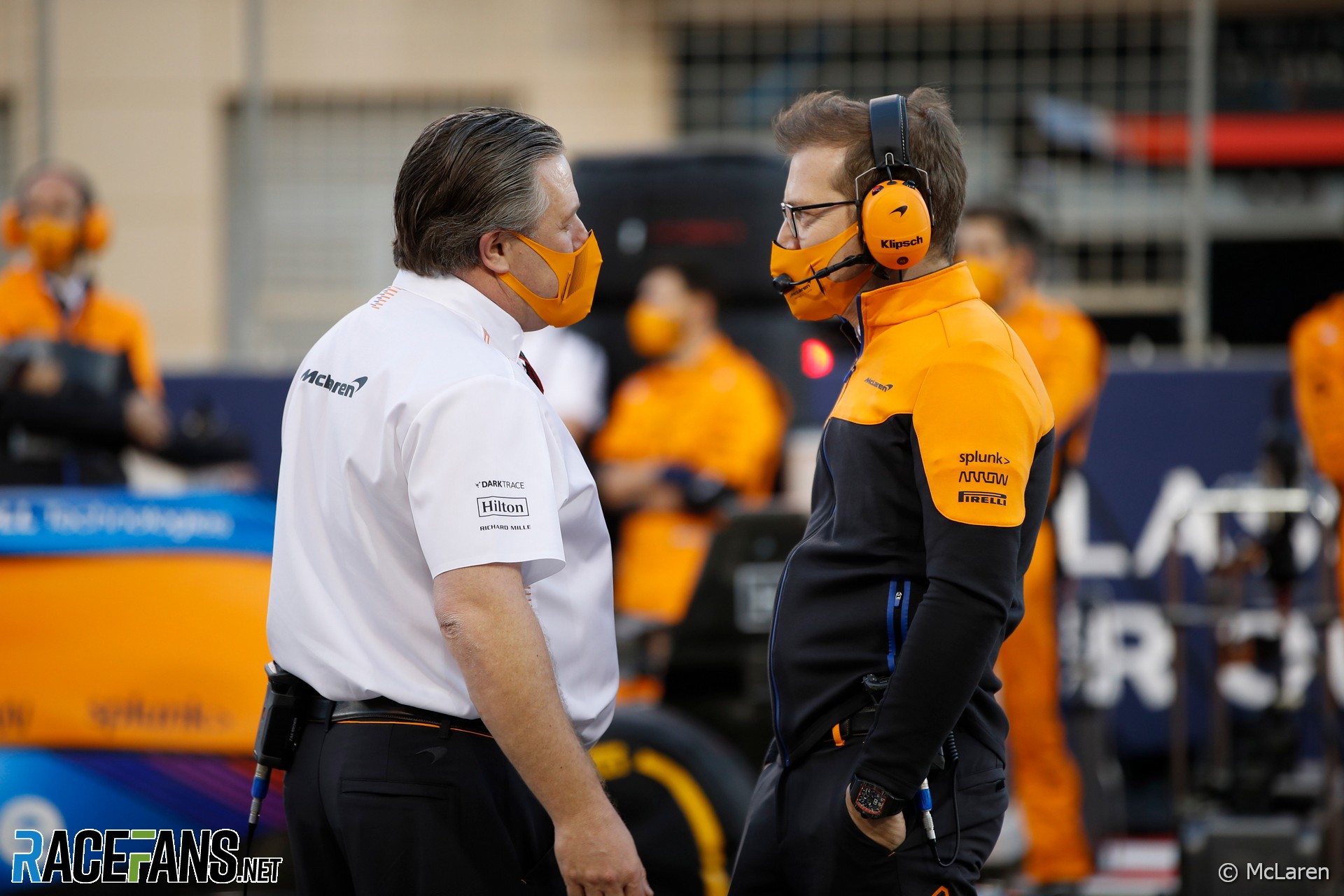 McLaren Racing CEO Zak Brown says he is impressed by the team principal Andreas Seidl’s performance in the role as the team continued their recent gains into 2021.

Seidl was one of Brown’s first major appointments after he took control of the team. The former Porsche LMP1 chief is now in his third season running McLaren’s F1 team.

Last year McLaren finished third in championship, their best result since 2012. After switching to Mercedes power units over the off-season, they have started 2021 in event better shape.

McLaren scored 41 points over the first two races of the new season – two more than last year – and have been closer to the leading terms in outright pace.

While Brown heads up McLaren’s Racing division, Seidl has day-to-day responsibility for running the F1 team. Brown said he is consistently impressed by job Seidl is doing.

“It still impresses me how focussed he is, how humble he is,” Brown told RaceFans in an exclusive interview. “He kind of lets the results speak for themself.

“He’s focussed on creating the right team culture and empowers people. He delegates and he empowers his people.

“Some people might think of that type of personality as a micro-manager. He knows exactly what he wants, he sets clear goals and objectives for the individual people within his team. But he empowers them to do it and much like I do with him, he does with his people, he lets them make decisions and he only steps in if he really feels he needs to.”

Seidl understands the value of giving staff freedom to do their jobs, said Brown.

“So I think look at Andreas and I, we’ve got an outstanding working relationship. He knows my sandbox, I know his sandbox, and we work together brilliantly.”