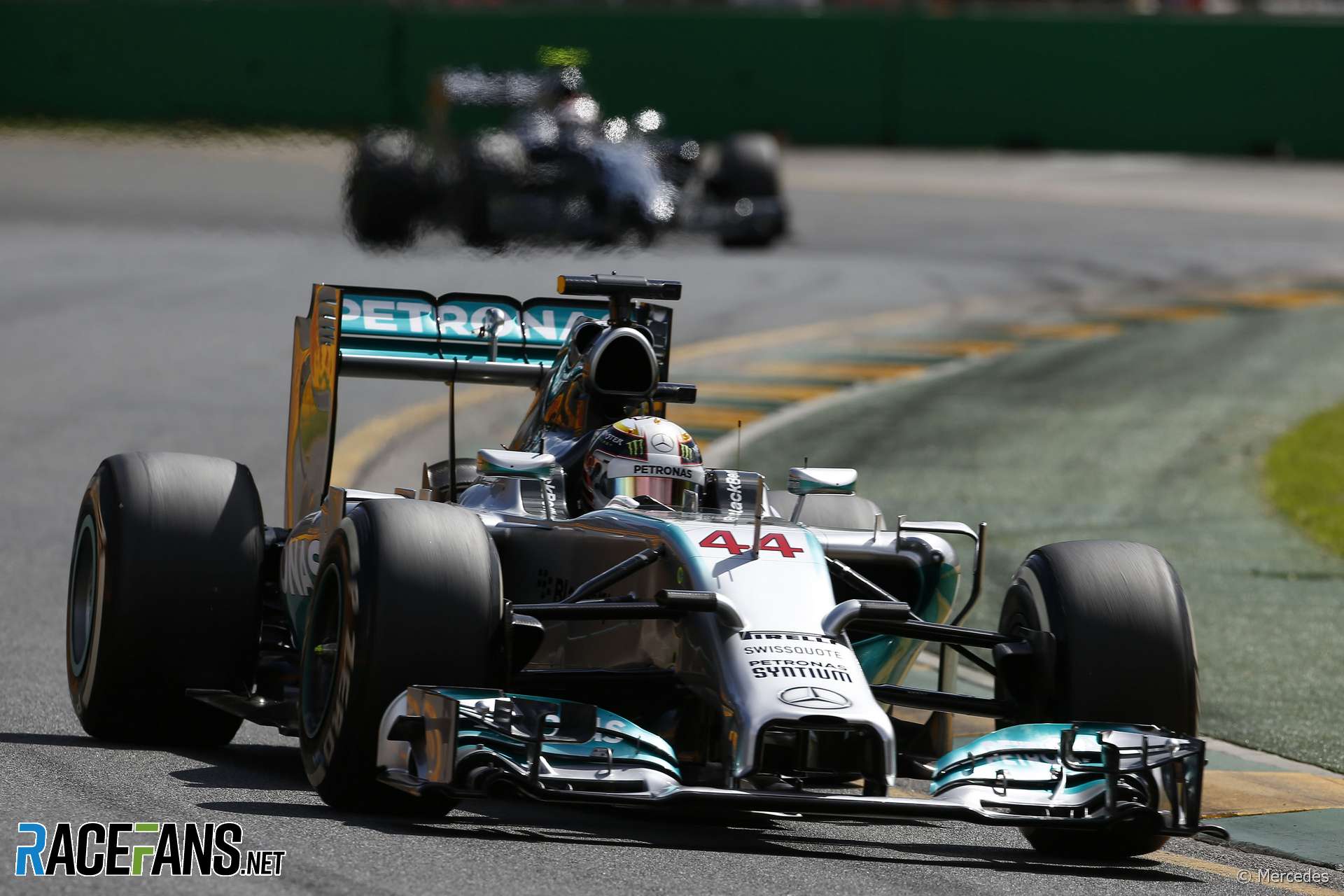 Mercedes’ former technical director has revealed the lengths the team went to disguise the scale of their superiority at the beginning of the V6 hybrid turbo engine era.

Paddy Lowe, who was Mercedes’ executive technical director when the current power units were introduced in 2014, explained why they did not use its maximum power mode for the majority of that season.

Lowe said the team realised how far ahead of the competition it was towards the end of pre-season testing in 2014. Its engine chief Andy Cowell was initially concerned about the performance and reliability of their new PU105B V6 hybrid turbo.

“I’ve seen Andy’s descriptions of it, much of which we didn’t really know at the time because they were busy with the work, not telling everyone what their problems were,” Lowe told the official F1 website. “It was a very, very tough period and they had absolutely no confidence.

“But I think as we got to the first test, certainly into the second test, it became more clear that some others were in desperate disarray, mentioning no names, and that we were in reasonably good shape.

“Then we came with another upgrade in the Bahrain test, which was literally a bolt-on extra that was suddenly another seven or eight tenths in horsepower. That was an enormous day. And we knew at that point that we were in some quite special territory.”

Despite the huge gain, Mercedes only beat Renault-powered rivals Red Bull to pole position for the first race of the year by three tenths of a second in a rain-hit session in Australia. Lowe said senior figures in the team, including Mercedes’ motorsport head Toto Wolff, had grown concerned that if they the full extent of their dominance was known, F1 might introduce rules changes to slow them down.

“It was exciting but you had other stresses,” he said. “So imagine the scene: You’ve got Toto and the board of Daimler who are worried about the negative politics of looking too good.”

“You’ve got Bernie running around ‘saying this is all a nightmare, these engines are terrible’,” Lowe recalled. “Well, the thinking was if Mercedes had looked ridiculously good, then something would be done about it.”

Mercedes therefore decided to disguise their advantage in qualifying by reducing the power on both Lewis Hamilton and Nico Rosberg’s cars. Lowe said they did so not only in Q1 and Q2, where they could expect to easily out-pace their slowest rivals, but also in Q3, which typically set their final starting positions.

This led to “a lot of tension” on the pit wall, said Lowe. “In qualifying, we would never turn the engine up for Q1 and Q2. It was run in a sort of idle mode.”

The team would then consider whether they needed full power to take pole position, which Wolff often argued against, Lowe recalled.

“The debate would then be how much to turn the engine up for Q3. I’d be getting it in the ear from Toto: ‘That’s too much, that’s too much’. And I’m thinking, ‘but if we don’t get pole, we’ll look like a right bunch of mugs’.

“So what number to pick that would do the job and knowing you didn’t want to err on the wrong way? So that was a big part of the discussion on Saturday afternoon. Nice chat to have.”

“Actually that went on quite a long time,” he added. “Through most of 2014, that engine was never on full power for qualifying.”

Mercedes took pole position at all bar one of the 19 races held that year. They only missed out in Austria, where the Mercedes-powered Williams drivers swept the front row after Hamilton and Rosberg made mistakes in Q3.

Lowe said the W05’s power unit was only one part of the reason for its dominance. “It was a good car as well,” he said.

“It wasn’t just the engine, we had terrific aerodynamics as well, better than anyone actually, which we used to track because we would engine-correct all of our data. And that car was better than any car, quite apart from the engine.