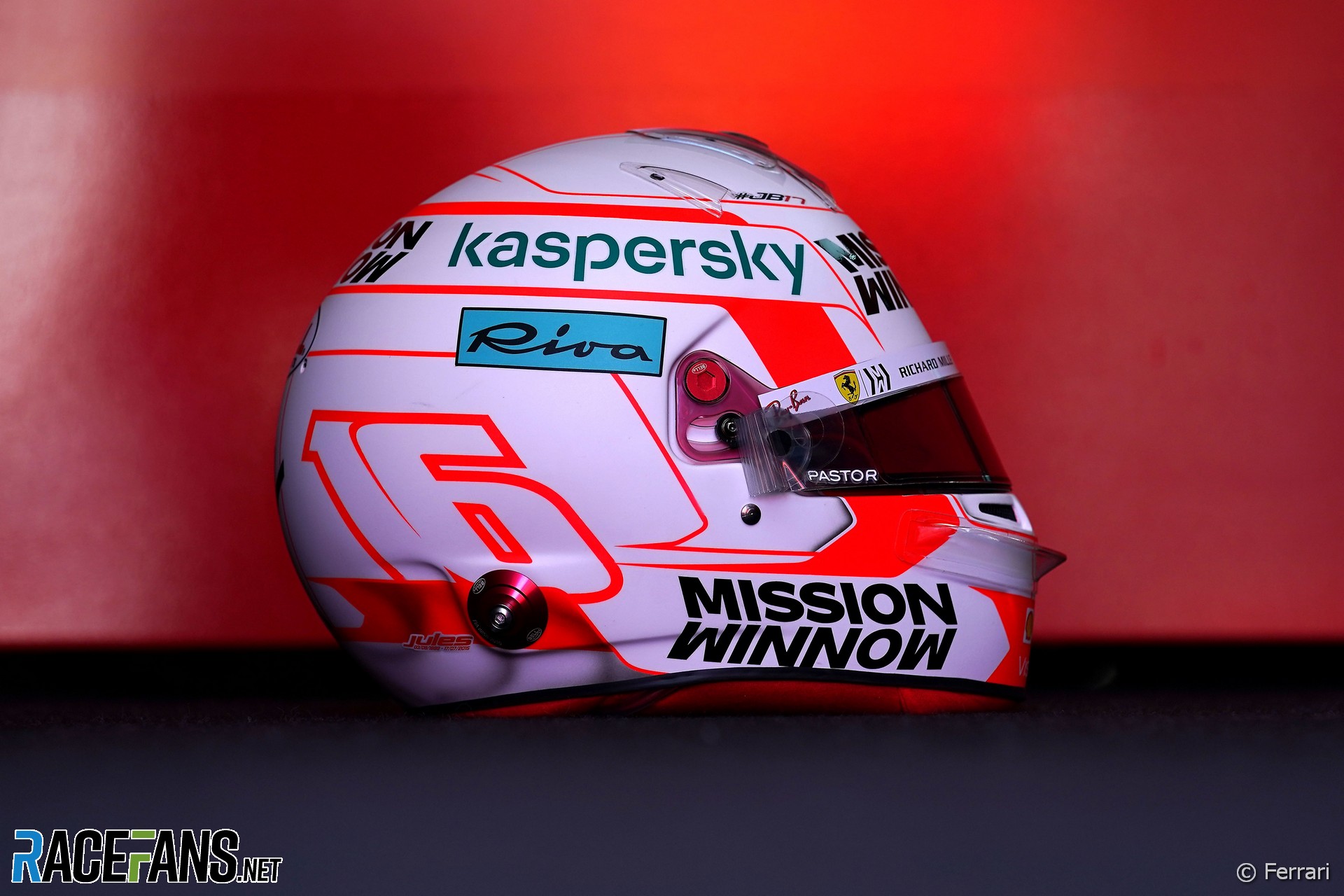 The Ferrari driver described his updated look as “something a little bit different this weekend”. He’s gone for a largely white design with day-glo red details. Leclerc has been one of the most prolific adopters of new helmet designs since the rules forbidding drivers from changing them were relaxed.

Leclerc’s former team mate Vettel was notorious for turning up at every race in a different style during his Red Bull years. Now at Aston Martin, he wears the colours of sponsor BWT on his helmet.

Their striking pink colouring has become a bit less prominent in the latest iteration of the design. The parts which are most visible while he is in the cockpit have become whiter, with a rich pink hue on the reverse, and the German tricolour featuring prominently as usual.